If she wanted a drink, she should have just said so, instead of crashing her old Mercedes-Benz into a liquor store. It happened in San Diego California, when an 86-year old lady lost control of her car.

What seemed to be a lazy quiet afternoon in La Jolla, San Diego, turned into a high alert one. Around 2p.m., on 801 Pearl Street, an 86-year old woman just coming out of a gas station, wanted to push the brake, but hit the throttle pedal instead and crashed straight into the building hosting a liquor store, right across the street.

Nobody in the store was injured, by a pedestrian suffered a minor concussion due to rock debris after the crash, and was admitted to hospital. So was the granny behind the wheel, as she got a broken ankle.

The San Diego Police and San Diego Fire Department immediately reached the crash scene and so did the driver’s son-in-law, Mark Vandoren: “If this was a new car, there would probably be a heck of a lot more damage. I’ve driven the car, it’s like a tank”, he said about the old woman’s red old Mercedes. 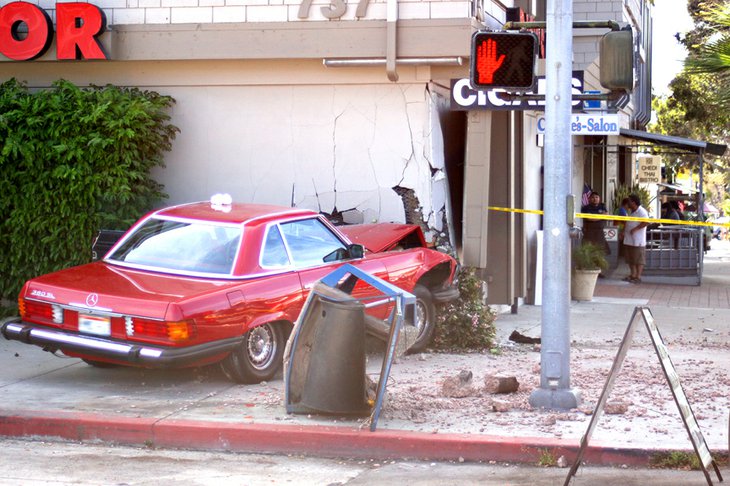 Her mental health is in question after this, but her family says she’s perfectly sane, even if she’ll soon be turning 87: “She’s got the mind of a 40-year old. She’s a very strong lady. This is very unusual. She’s very clear-minded.” Investigators are still to determine her sanity and to assess the integrity of the structure after the major shake. 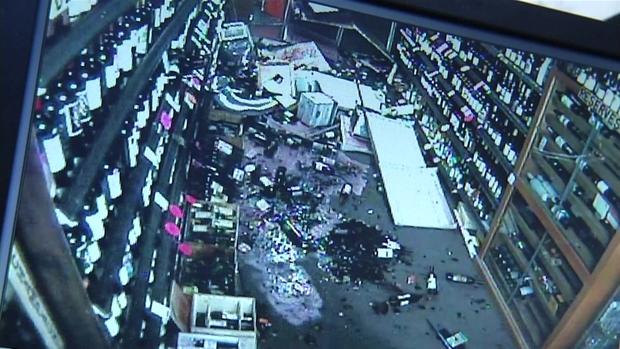 Sane or not, she will be getting sick when she hears this: the owner of the liquor store claims $3 000 damages to the wine alone, not to mention the building and the interior decoration. And she might go on trial for more than material damages if the pedestrian with minor injuries makes a complaint.