The Mercedes-AMG GT 4-Door Coupe will eventually get a partly electric power train with 800+ hp. That will be a plug-in hybrid variant that will sit above the current top version in terms of power. Espionage photographers now recorded a prototype of that version tested in the snow.

Currently, the most powerful version of the Mercedes-AMG GT 4-Door Coupe is of course the 63 S. It gets 639 hp and 900 Nm from the 4.0-liter biturbo V8 under its bonnet. Add a dash of electrical power and you have the car that we see here on the pictures. Allegedly called the AMG GT 73, the GT 4-Door Coupe plug-in hybrid combines the same block with an electric motor and thus comes to a combined power that will undoubtedly go one step further than that of the 63 S.

To make a small estimate, we look back on the concept car with such a powertrain. In 2017, Mercedes-AMG presented the preview of the GT 4-Door and that also involved a plug-in hybrid system. That had in addition to the 4.0-liter V8 also an electric motor on the rear axle and came to a combined power of no less than 805 hp. Big chance that those numbers in this plug-in will become reality. Count on it that the 0-100 time of the 63 S (3.2 seconds) will be beaten, too.

For those who prefer to take it easy, there is also good news. Fully electric driving must also be possible, but for now it is gambling how far the car can get purely electrically. At least 60 to 70 km is a given. One thing is certain; the Porsche Panamera Turbo S E-Hybrid can already wet its chest as its Mercedes-AMG competitor will probably be unveiled this year. 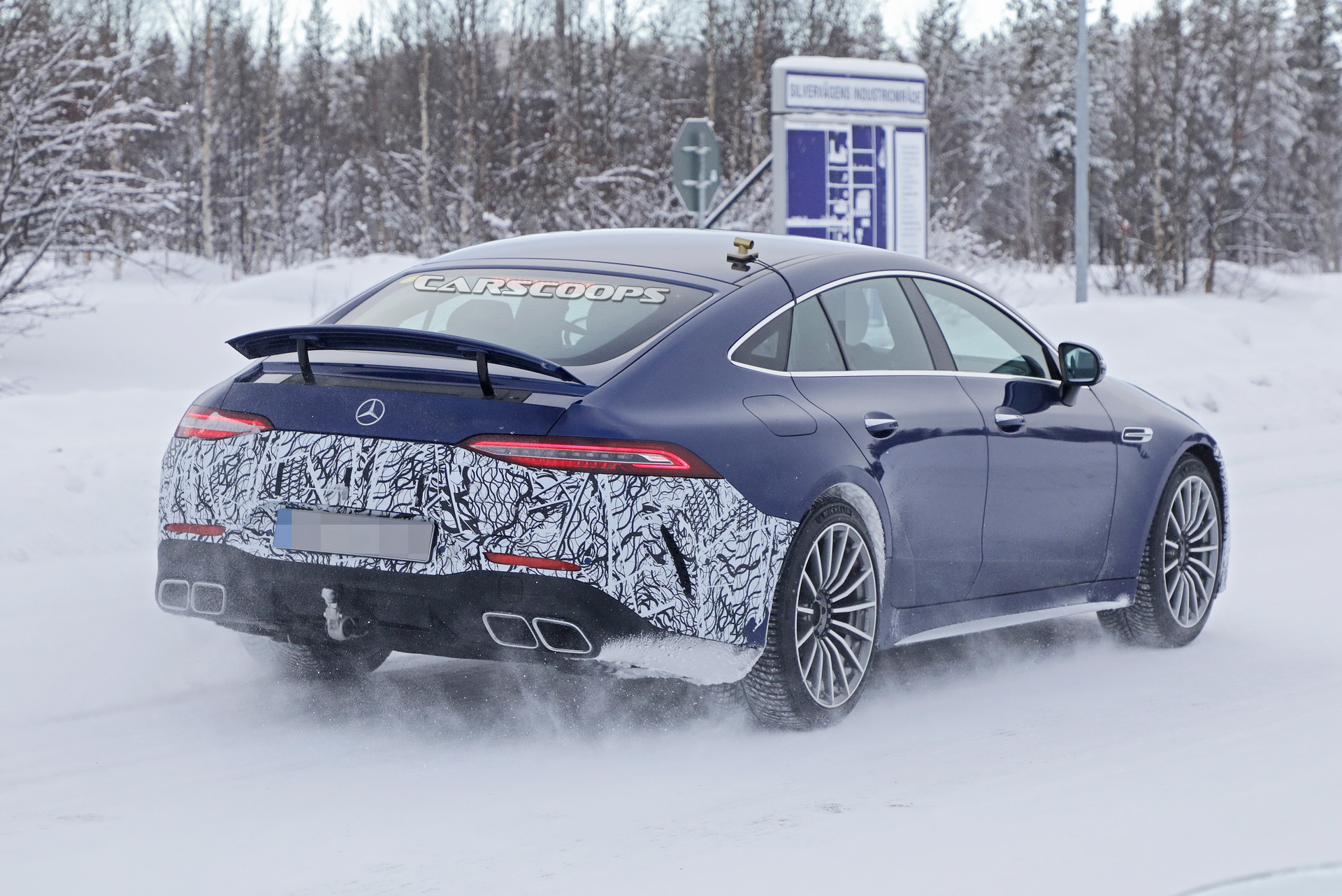