800 hidden classics: The secret vault of the Mercedes-Benz Museum

Above, 160 vehicles are the stars in the museum of Mercedes-Benz, but the real treasures are waiting patiently in the secret vault, from vintage to historic racing Mercedes that made history. And they form the majority of the approximately 1,000 vehicles the company’s own collection has gathered, ranging from the beginning of the automobile history 130 years ago up to the present.

“Every year the vehicle collection grows by about 30 to 50 copies,” says Holger Lützenkirchen, collection curator. This includes not only classic cars that are purchased to complete the collection, but also one example of each ending modern series. We do not collect here for us, but for our successors, who perhaps in 20 or 30 years would like to use certain vehicles from our history in the communication. And we do not know what issues will be relevant in the future. So it means everything and anything from Mercedes-Benz, but also smart manufacturing.” 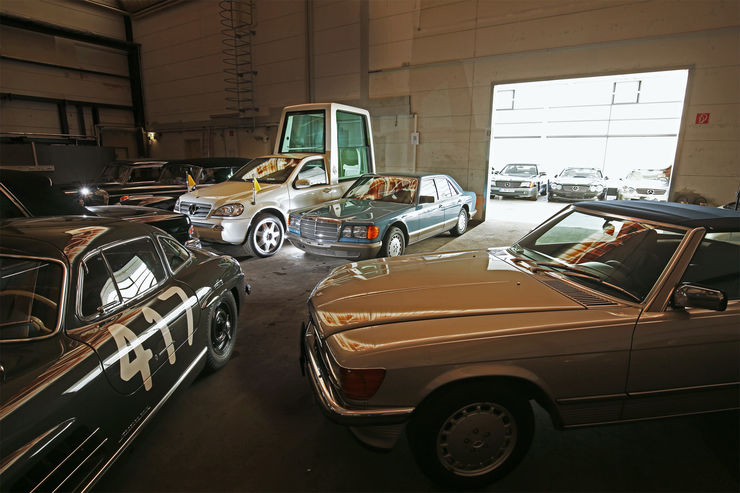 As the hall door opens, the small group of photographers, author and curator blows a subdued breath of high-octane gasoline – tasted with a pinch of racing oil and the cold smell of steel. Experiences of this kind are conveyed by the strictly sealed-off halls in which those parts of the vehicle collection are kept that do not fascinate the public at the Mercedes-Benz Museum or at events all over the world.

The accommodation will pose contradictory problems. Extremely dry air, for example, is good for the preservation of cavities in the bodies, but bad for the leather of the seats. Looking at individual models in the rooms, which are jokingly called the “hallowed halls” in the jargon of the Classic staff, the small space these are confined to can be shocking. “This is a storage area and not an exhibition space,” Lützenkirchen explains the space-saving state of the automobile vault. 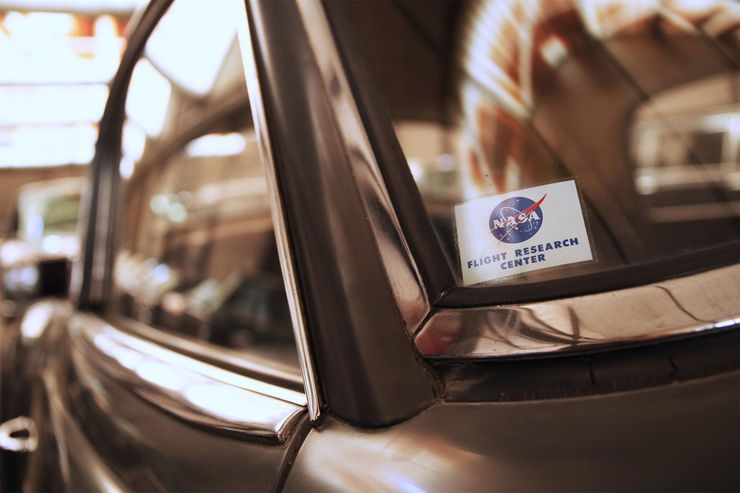 Novices who enter these halls for the first time can feel like Indiana Jones finding the lost treasures. In the Department of passenger cars from the 1950s lies, for example, a scraped 190 SL, once painted gray and fitted out with a hardtop. Its paint has cracked under Californian sun with the original primer already peeking on the left front fender. Not much better the black leather: all cracked. The little stickers NASA Flight Research Center reveals something about the former owner. The 190 SL once belonged to NASA astronaut David R. Scott, who stepped on the moon as the seventh man ever to do so. 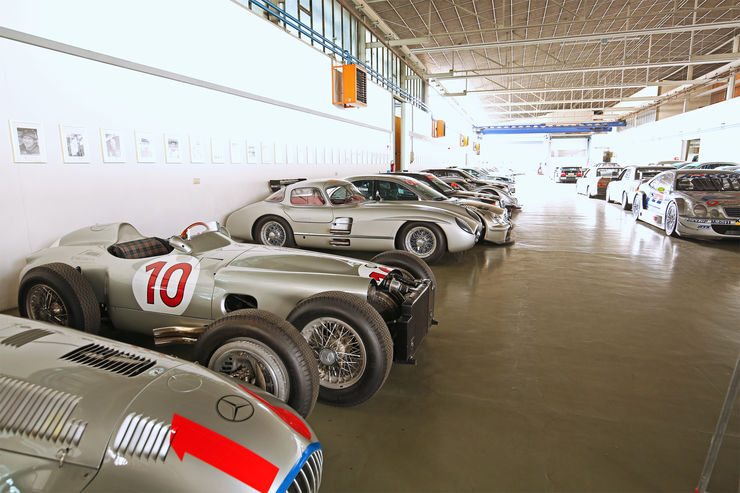 History is what makes these cars so special. Moving on, we find another gem: the Formula 1 racer W 196 R which raced in 1954 and 1955 and has been designed and built in just nine months for the GP of Tripoli. It took a double victory, but then the war ended its career. Behind, the 300 SL Uhlenlauht Coupe, probably the most rare and expensive SL today. 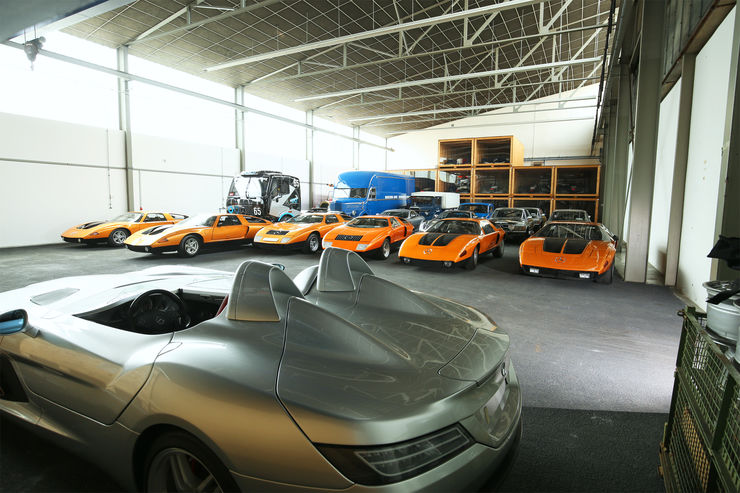 Just a few meters further we stumble upon the aerodynamically refined high-speed C 111 which set the 70s speed record on the Italian circuit of Nardo. It is baffling to look at no less than six of the rare and coveted C 111, a supercar meant for glory which sadly never got to leave the factory lines. A silver C 111 shines from the other corner of the room: it circled the Nardo track for approximately 500 kilometers at an average pace of 254 km / h, driven by a 190 hp diesel. Two of the street C 111s show the original design from 1969, four the later version from 1970 with four-rotor Wankel engine, good for 350 hp. 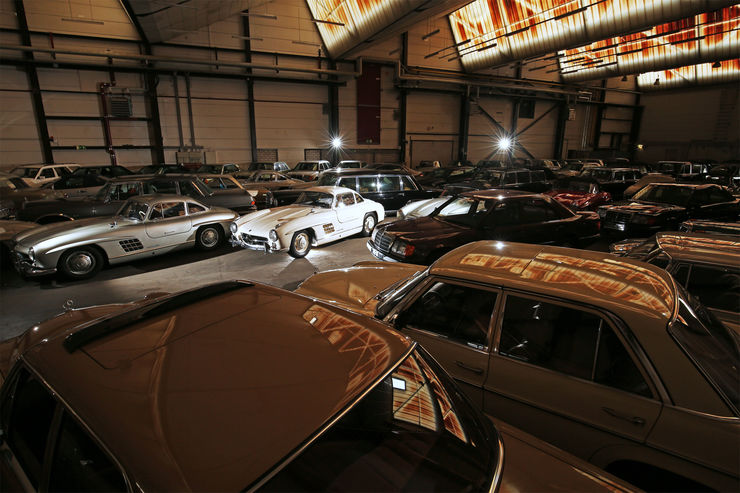 The list of priceless exhibits could go on and on. Among these, the armored Papa-mobile G-Class and ML-Class who served for two Holy Fathers, a handful Benz Velo, the first large-scale production car in the world, joined by a dozen Mercedes-Benz 300 SL. One of them in white. “That,” explains Lützenkirchen, “is the only so-called Gullwing with original fiberglass body, used as a test bed for the material. At the end it was too expensive and hard to manufacture. “In addition, a number of 600s, long and super long, the supercharged sports cars of the 30s, the Benz Patent Wagen. A dream come true for any Benz fan and for all petrol heads out there.