60 Years since the inception of Mercedes’ iconic 190 SL

Mercedes-Benz 190 SL celebrates its 60th Birthday. Internally known under the code W121, the iconic luxury roadster was first shown in prototype form at the 1954 New York Auto Show and has been subsequently produced between May 1955 and February 1963.

The 60 years old Mercedes-Benz 190 SL shared both its styling and engineering characteristics with the more expensive 300SL. Billed as a more affordable alternative, the 190 SL still used the same fully independent suspension (double wishbones at the front and swing axles at the rear) as its sibling. What it did not inherit from the 300 SL was its purpose-built tubular spaceframe. The 190 SL was built on a shortened monocoque R121 platform modified from the W121 small saloon, instead. 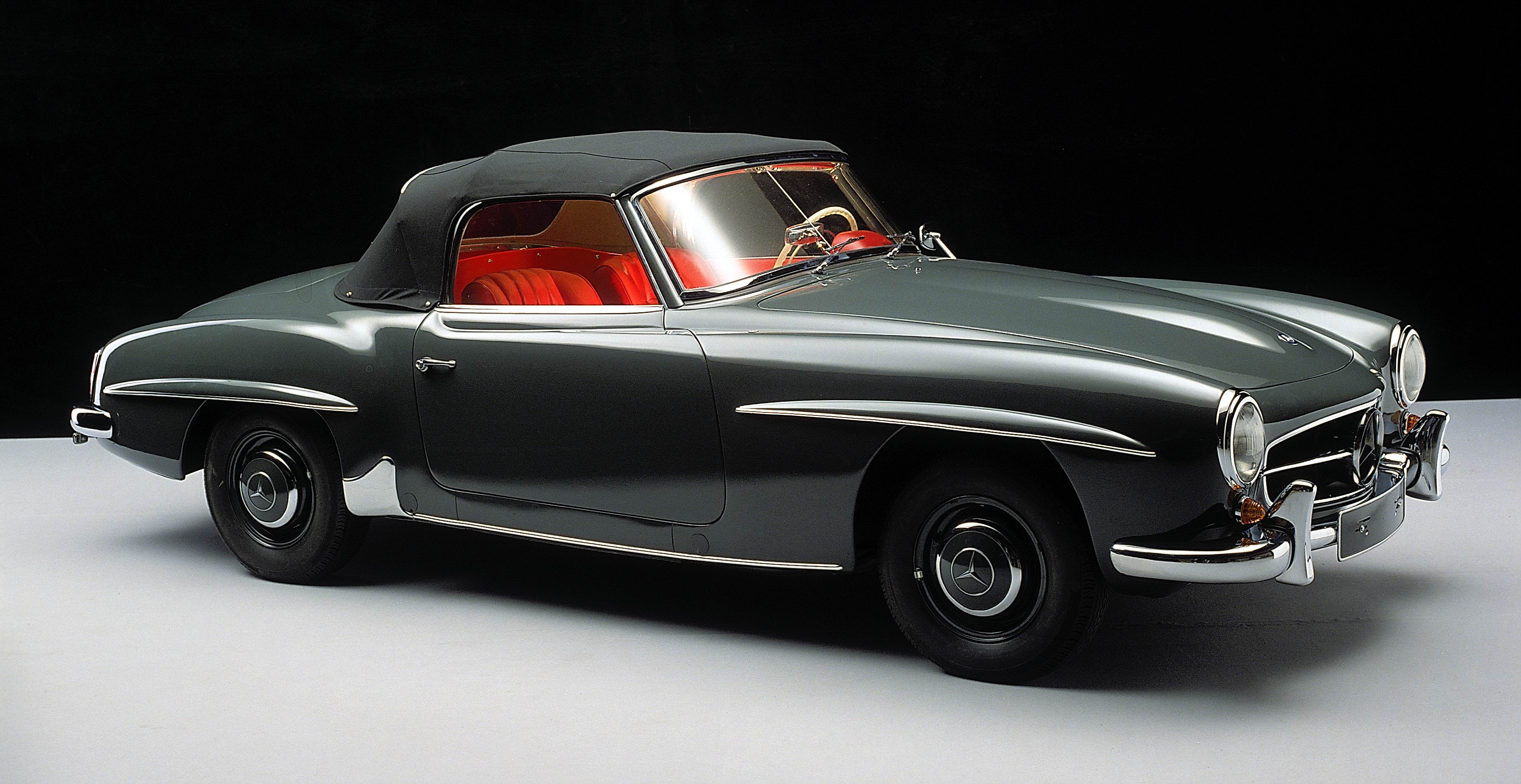 Mercedes’ 190 SL was priced at DM 16,500/US$ 3,998 in soft-top guise and DM 17,650/$ 4,295 with a removable hardtop. A small a third-passenger transverse seat was optional. Additionally, the 190 SL was offered as a sports-racing model with windowless aluminium doors, a smaller windscreen, and removable bumpers and soft top. Notable successes for the racecar included the class victory achieved by Douglas Steane at the 1956 Macau Grand Prix. 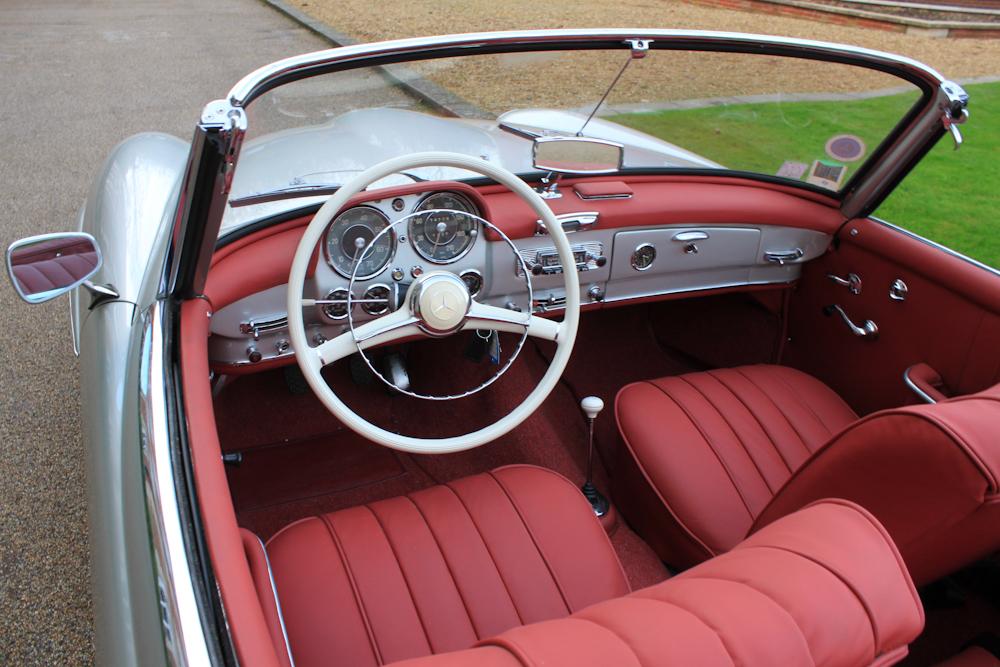