The / 8 “Stroke Eight” is the first series from Mercedes sold in more than one million copies. Presented on January 9, 1968, the middle-class sedan replaced the tail fin (W110). The “Stroke Eight” model series family was named after the abbreviation “/8” for the year. The different series abbreviations can be explained like this: W114 are the six-cylinder cars and thus all coupes too, while the simpler equipped four-cylinder and the five-cylinder diesel (240D 3.0) are called W 115.

Even if the tech is similar to that of the sedan, the Mercedes / 8 “Stroke Eight” Coupé clearly adopted a more sporty-elegant design: the front and rear windows are flatter than those of the saloon and, together with the roofline, which is 45 millimetres lower, create a dynamic silhouette. Removing the B-pillar creates generous, open areas, while the side windows at the front and rear are frameless and fully retractable. 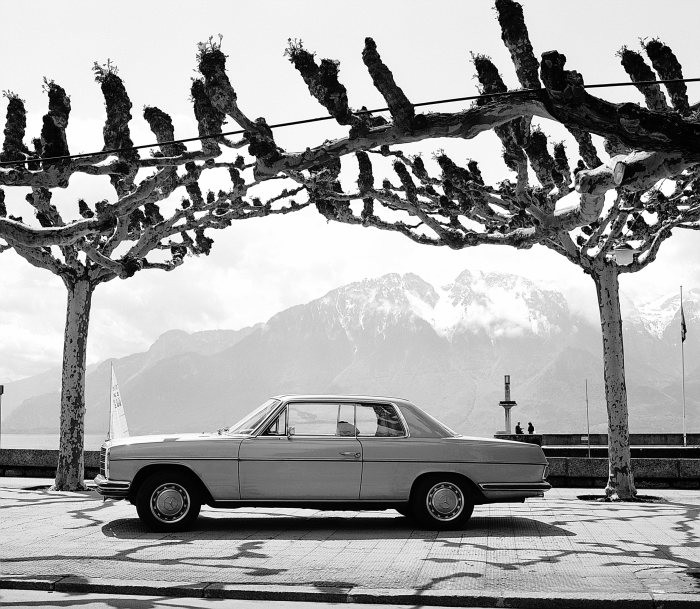 In some aspects, the modern-designed car was even superior to the more expensive S-Class (W108): While the expensive models with the “S” logo still had a swing rear axle, Mercedes has designed for the dash-eight a trailing arm rear axle, called diplomatically “diagonal swing axle” in order not to put the larger series in the technical offside. The driving stability has been significantly improved with the new axle. The front wheels carry double wishbones. Both axles are connected to the body via subframe with soft rubber bearings, which ensures quiet and comfortable driving. The dash-eight was also safe, because it had on all four wheels disc brakes and had to prove in 26 accident tests that it can protect his occupants – the requirements of the US standard – at 30 miles per hour and 100 percent coverage against the wall.

To reflect the upmarket positioning, the engine range for the Mercedes / 8 “Stroke Eight” Coupé was limited to the M 114 six-cylinder carburettor unit borrowed from the top 250 saloon. The power output was rated at 130 hp, while the 250 CE variant with Bosch D-Jetronic electronic fuel injection developed 150 hp. In 1972, two new top variants appear: the new 280 C with 160 hp and 280 CE with 185 hp). In the U.S., Mercedes offered from 1969 a de-tuned version of the electronic fuel injection M114 engine with only 130 hp. 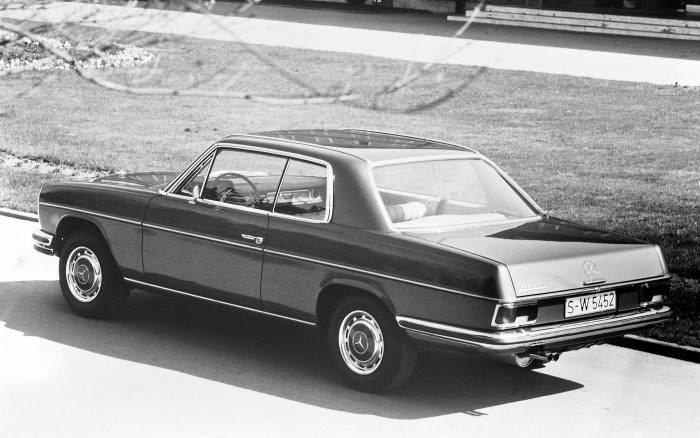 The facelift presented in 1973 retains the engine range, but brings some novelty safety features: movable outside mirrors that can be adjusted from the inside, dirt-repellent trim on the A-pillars, dirt-resistant tail lamps, the four-spoke safety steering wheel from the S-Class, head restraints and automatic safety belts for the front seats as standard equipment.

Production ended in August 1976 with a total life output of 67,000 “Stroke Eight” coupés of the 114 model series. The best-seller of the range was the 250 CE with 21,787 units, while the most expensive 280 CE found only 11,518 owners. Today, the coupés are among the most sought-after classics on offer from ALL TIME STARS, the Mercedes-Benz Classic dealer (https://www.mercedes-benz.com/de/mercedes-benz/classic/all-time-stars/). 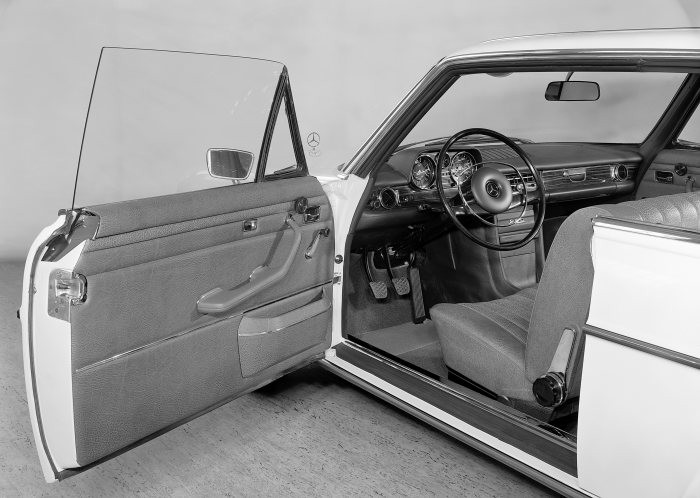