50 years of AMG: Best ever six Mercedes-AMG cars gather for the anniversary

For the 50th anniversary of AMG, one option would have been the official party. But we thought it was a much better idea to gather at Hockenheim six selected models, which we understand to be the highlights of the AMG history. 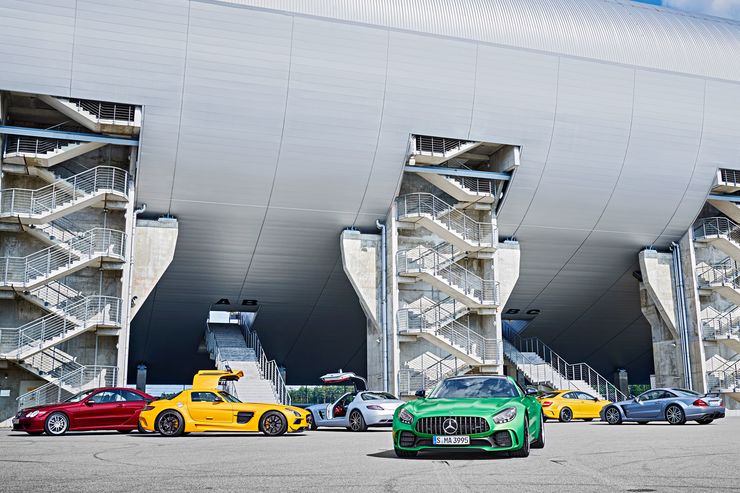 The problem: the six models don’t cover even half of the 50 years history, which raises the question of the selection criteria. But we’ll come to that later. Before that, we have to quickly review the rest of the career. Compulsory chroniclers and so, you know. Let’s start at the very beginning, in 1967, when a big name began quite small – in an old mill in Burgstall. There, Hans Werner Aufrecht and Erhard Melcher, both of them not yet 30 years old, founded an engineering firm with the nickname “Design and Attempt to Develop Racing Engines”. And because it did not look so smooth, it soon became known as AMG. A for Aufrecht, M for Melcher, G for Großaspach – Aufrecht’s birthplace. 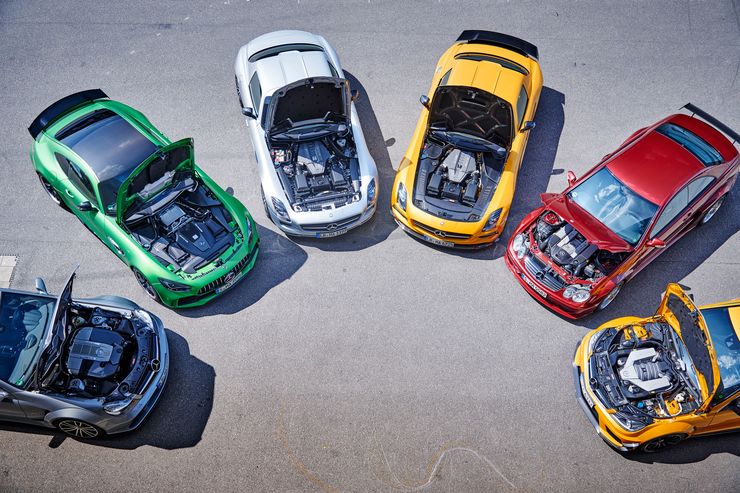 In 1976 took place the move to Affalterbach and the second foothold as a Mercedes tuner. From then on the relationship with Mercedes gradually grew until today, when AMG belongs together with German car maker. From 1988, AMG cared for the factory deployment of Mercedes in the DTM, in 1990 both parties signed a cooperation, 2005, the sports division was finally incorporated into 100 percent of Daimler AG. Remarkable: One always remained true to one’s own line. Sure, there was a gaffe: I’m thinking of the 30 CDI diesel engines. And even a 63-version of the R-class. At the same time, however, nobody at AMG has ever touched the Smart.

A very important moment in the story is somewhat hidden in 2004. Schroeder was chancellor, Schumi won his last title and AMG launched a car that changed a lot – a small series as a trend reversal point. 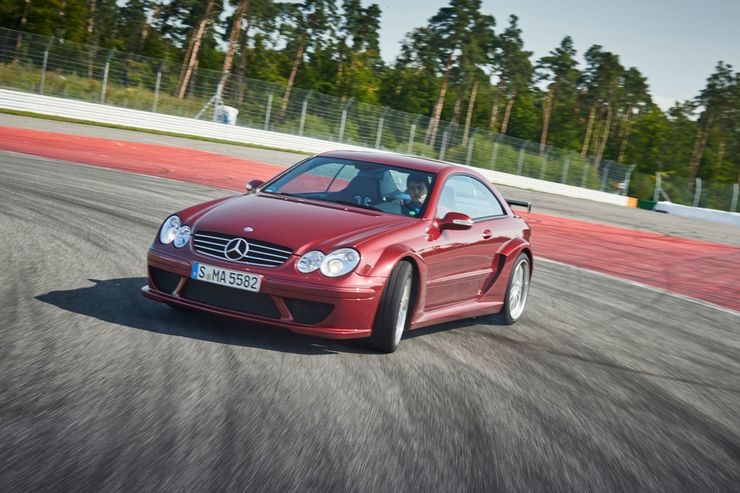 The CLK DTM was the Mercedes for people who did not want a Mercedes. Rough, naughty, degenerate. And even the strange Burgundy red could not downplay this message. The basis of the mutation was the Mercedes CLK 55 AMG, whose V8 supercharged’s output was raised to 582 hp. The backseat flew out. But do you know what was best? It was not forgotten that the racing association has to be underpinned technically. And hardly anyone understood it as well as we did today. Flattened steering wheel with suede fur, toggle switch keyboard instead of ashtray, push buttons for the on-board computer, and an aluminum stub protruding from the central tunnel instead of the lumpy selector lever. Only show? Not at all!

The CLK DTM was a contemporary of a certain SLR, but the sportiest Benz to date. It showed that AMG no longer wanted to be strong and fast, but also dynamic in the literal sense. Or to put it in a provocative way: this driving performance, which AMG is currently celebrating as a 50-year-old tradition, really starts with it. 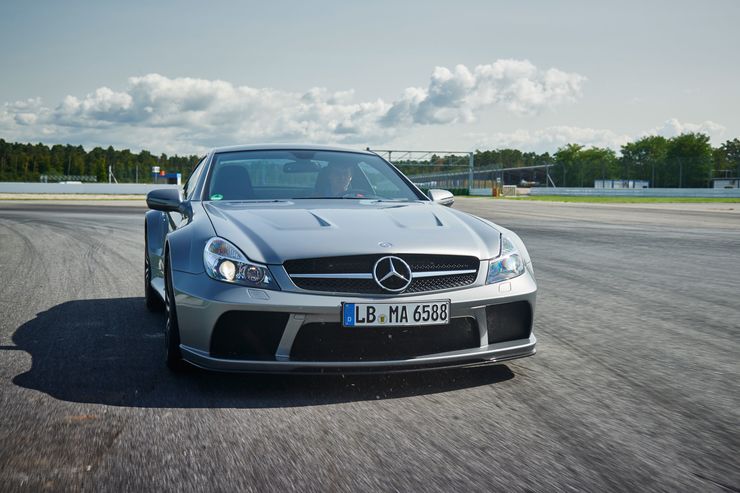 And then we would be at the conclusion of our ominous guest list. Each one of them has made a name for himself through the sporting reputation of the AMG brand, everyone is at the forefront of their era, and everyone has pushed the limit of the maximum for AMG. Yes, even the SL 65, which was unleashed on humanity in 2008 as the third episode of the Black Series. At first glance, it seemed like a relapse in times when driving dynamics problems were treated primarily with engine power: V12, two turbos, 670 hp and with 1,000 Nm of torque always more power than could be used.

No question, there were more filigree cars, even from AMG, but none so far distanced themselves so clearly from its origins. For performance purposes, the SL was completely unsuitable from the ground out, so it was simply riddled with its basic features: the roof had the folding mechanism amputated, the chassis changed from air to thread, instead of thet 2, 1 ton of combat weight only 1,880 kilos were left. Sure, the small circuit is too narrow for his broad-shouldered handling, the straights too short for his massive gas shocks, the curves too edgy for his almost square basic shape. Nevertheless, he also reached the supremacy of his time. 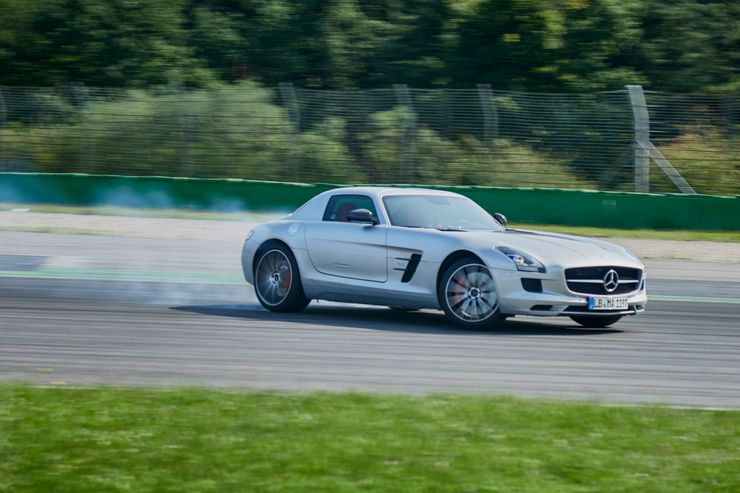 Mercedes alone was not enough

At the same time he was also the proof that the Mercedes hardware would not bend much further, or better: that they alone was no longer sufficient for the growing ambitions of AMG. So something had to come from their own stable. And that came in the form of the SLS, which stylistically was probably not coincidentally based on the 300 SL – the first and only thoroughbred sports car from Mercedes-Benz.

In its translation into another millennium, in places, the proportions have slipped, but its motor sports undertone had survived the journey through time. Yes, the Mercedes SLS AMG was too big and too heavy to beat the class enemy from Zuffenhausen. But he was exactly as one imagined a sports car from Affalterbach: highly technological and primal at the same time. 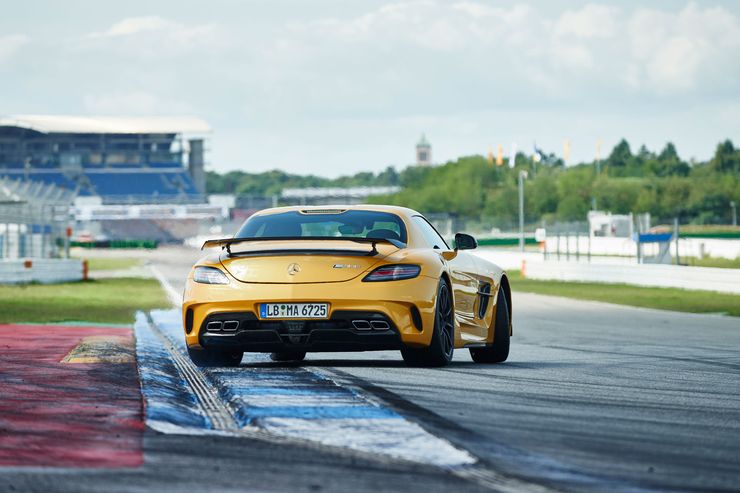 Its heart: the former symbol of AMG: the 6.2-liter V8, that fine mechanical coarse engine. In the SLS it first offered 571 hp, for the revised GT came again 20 hp on top.

The discrepancies lay in the interaction of performance and acoustics. Only with the 631 hp Black Series version, the dissonances dissolved. For them, the sound was indeed dramatically dramatized again. The normal SLS always remained an elegant weapon, its final escalation level became a tactical one. How he gives in, how he pushes, how he roars, how he grips and if necessary floats calmly in the drift angle, was and is simply sensational. 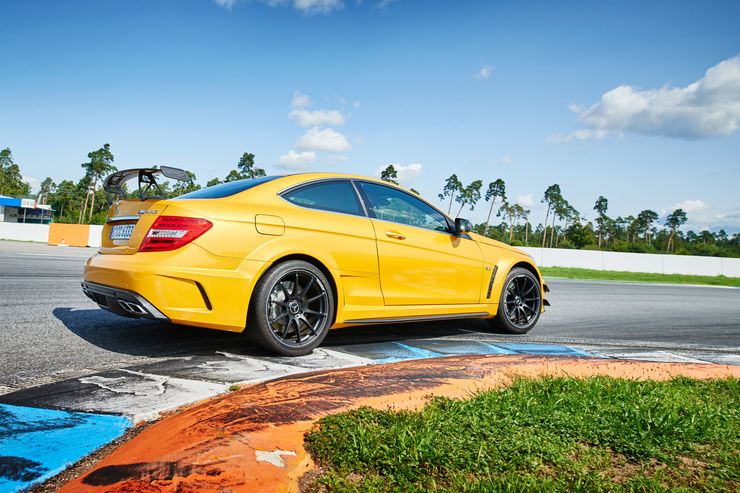 However, it was already felt where the journey would take place the previous year, when the C-Class was cast for the Black Series and completed what the CLK DTM once began – transforming a veteran coupe into a track tool. The steering? A hatchet. The chassis? Uncompromising. The drive? A crowbar that bends curve radii and tricks straight lines. Hockenheim shook! The C 63 was weaker than its ancestor and had much less power, but rounded the Small Course almost two seconds faster. Any questions? 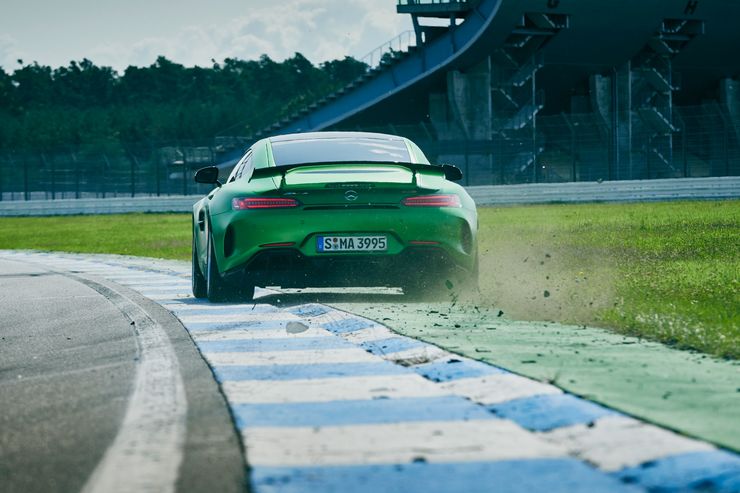 Anyway, there was only one thing: What else is coming? Answer: the summit! And the decisive step to achieve this was the Mercedes-AMG GT – in-house development No. two. With him you see exactly where the problems of the SLS existed. Result: Everything became more compact, handy and much more agile. Nevertheless, the AMG characteristics remained unadulterated. Eight cylinders were a matter of honor despite turbocharging, massive power anyway. The difference: It was easy to handle. As well, demonstrated in autumn 2016, the GT R: With 585 hp, active traction control, sophisticated Aero, aggressive tires and a lap time of 7:11 min. on the Nordschleife. 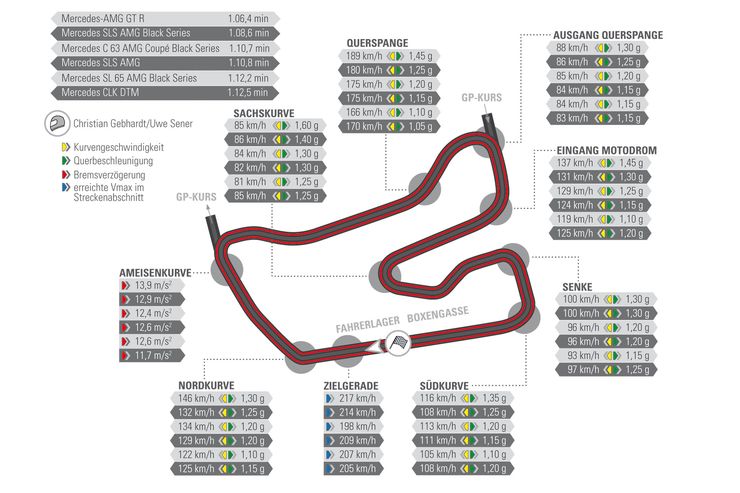 Some do not get older, they get better. In this sense, dear Mercedes-AMG friends, all the best. And please, please, stay exactly as you are.