50 years have passed! The Mercedes-Benz C 111. The record-breaker

It was designed as an experiment, never to see the light of day as a series production model. It was the Mercedes-Benz C 111, that celebrated its public debut at the International Motor Show in Frankfurt exactly 50 years ago.

Visitors crowded around it. It was a futuristic super-sports car featuring swing doors. Customers started sending blank cheques to purchase one. But the C 111 was not for sale. Only twelve such cars were built in 1969 and 1970. 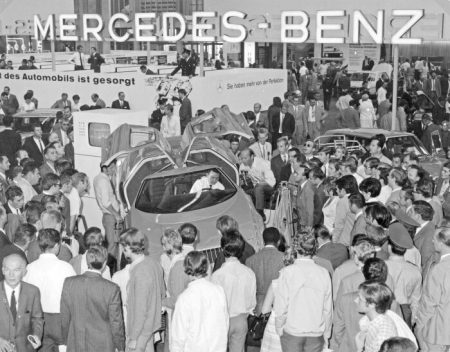 It came to test the rotary piston engine on a principle developed by Felix Wankel. A three-rotor Wankel engine powered the car and developed 280 horsepower. The variant displayed one year later in Geneva came with a four-rotor engine and 350 horsepower.

It turned out that the rotary engine had a fuel consumption and emissions about 50% higher than a V-engine with the same cubic capacity. Major setbacks which led to Mercedes-Benz putting an end to the development of the power unit in the early 1976. 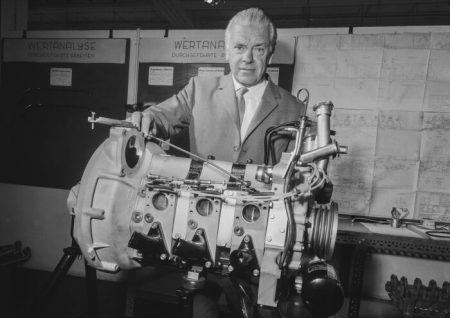 The model was under the liability of the head of passenger car development, Rudolf Uhlenhaut, while the project manager was Dr Hans Liebold, head of pre-development. A team led by Joseph Gallitzendörfer drew the fascinating vehicle, while the famous Bruno Sacco coordinated body development. On the 15th of July 1969, the wedge-shaped super-sports car was taken to Hockenheimring.

The C 111 looked odd with its body riveted at the joints and with glass-fiber reinforced plastic body parts. The metallic orange paint finish added dare and took it straight to stardom. 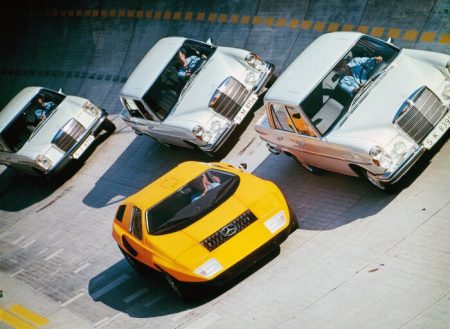 2014 was the year the car regained its place in history. Mercedes-Benz Classic restored one of the dream sports cars from their collection. And it was totally drivable, thanks to an M 116 3.5-litre V8 engine. 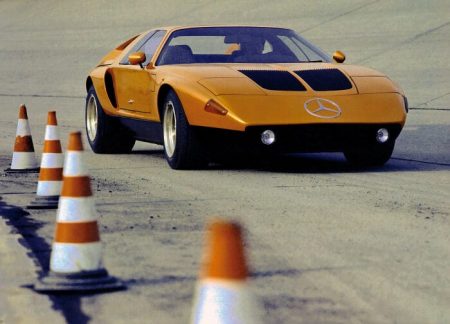