True, the Hammer is actually the 300 AMG coupe with its six-liter V8 from the eighties. But the SL 55 AMG is the modern hammer – not only because of its 500 horsepower, but also because of its many talents. Used guide.

Not even 31,000 euros call sales consultant Achim Henneken for the 2002 AMG with 59,000 kilometers. Checkbook stamped, rims without damage, tires with full profile, brake discs hardly used. The first look does not find anything disturbing. Or does it? There is a small scar on the right front side. “Yes,” says Henneken, “the last previous owner had the car foiled about one and a half years ago. The factory silver was probably too good for him. “Hm, under slides can hide a lot.

No problem, says Henneken: “If the customer wishes the car in silver, he gets it in silver.” During the price negotiations would then also talk about the next maintenance, which is due to on-board computer very soon. Faults are not stored in the fault memory. While the 500 series R 230 is a gentle yet confident glider, the SL 55 AMG is a completely different car. Initially it offered 476 hp courtesy of the 5.5-liter V8 with IHI compressor, but soon AMG corrected the performance data to a smooth 500 hp. You may be amazed by the folding roof, which folds into the trunk in graceful choreography at the push of a button. Or you can marvel at the miracle called Active Body Control, which minimizes rolling and braking.

Not to mention the electrohydraulic brake Sensor Brake Control. It always sets the right braking pressure for each individual wheel, but has a reputation for demanding a new, expensive control unit after a certain number of brakes. However, the net is meaningless when looking for the cost of an SBC overhaul. The complex technique seems to be long lasting. So: There is already a lot of exciting high-tech aboard the SL. But what really fascinates, is just this giant of engine, which packs its forces into a dark song and very fine manners. At the press presentation it was that a colleague asked the former AMG boss Ulrich Bruhnke, which drift angles are possible with the SL 55. Bruhnke chuckled and gave the still very appropriate answer: “With switched off ESP 180 degrees – plus x.”

And that’s exactly how it is. Even on a dry track, the ASR lamp flashes in panic at full throttle. In wet conditions, the gas is better cared only so that it is not permanently controlled electronically. There is plenty of power to spare from 1,000 to 6,500 rpm, and if rear suspensions and the wide-spread five-speed automatic are not worn out, there’s no bumping upshift even with a lot of throttle. Good to know that the 360-millimeter front-axle brakes with eight-piston calipers (later with six pistons) are stable and effective. Of course, the SL also had its top speed limited at 250 km / h, which some first-time buyers corrected by ordering the AMGPerformance Package.

This is recognizable by 380-millimeter brake discs and 19-inch wheels plus a front apron in the look of the F1 safety car. These SL reach 300 km / h and increase the curve pleasure in addition by a standard limited slip differential. That makes the SL with a closed roof a quiet, immensely stable 300-km / h-plus-x coupe. 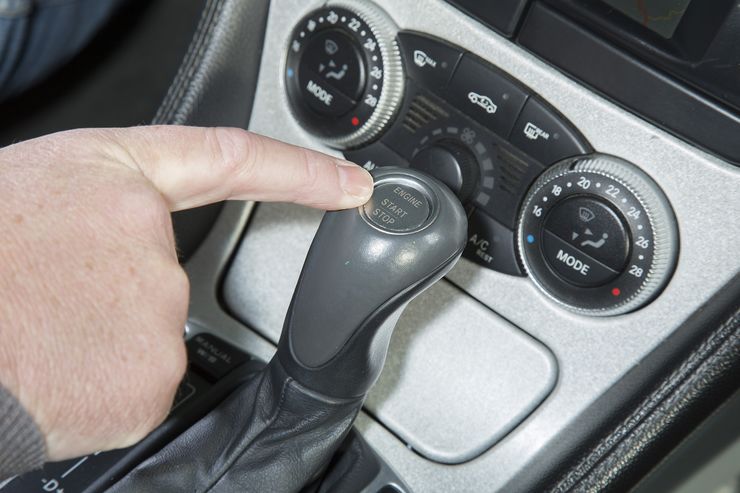 In addition to German and European first deliveries, re-imports from the USA and Japan also play a role in the used car market. Market and SL experts advise re-imports from overseas are better from Japan. US automobiles, it is said, often show signs of high UV radiation at the seals and can cause problems with clogged catalytic converters because of the heavily sulphurised fuel. 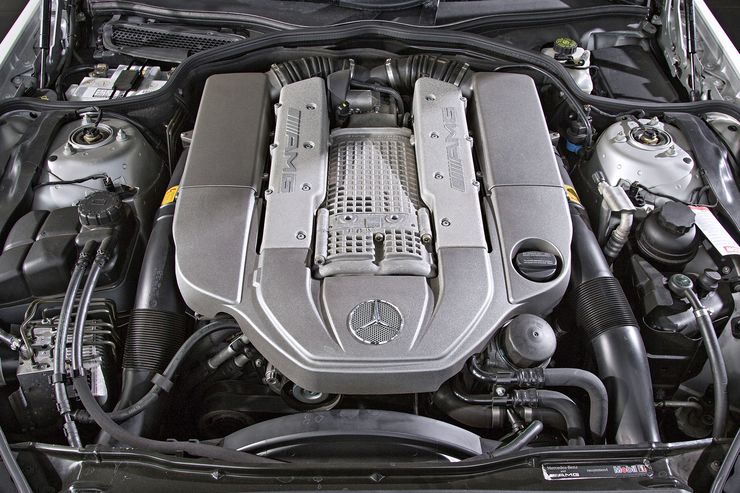 But there are disadvantages also for cars from Japan: The Comand radio receives only stations below 90 MHz, which is why it is often replaced by equipment from the accessories trade for Germany. Also, the navigation does not work right here – and with the transcoding of the headlights on right-hand traffic, it can also ask a visit to the service and 300 euro. Before you buy, you should check all electrical helpers, from the massage seat to the mechanics, which raises the open roof in the trunk. The roof should open and close without hooking, the seals should be supple. One of the ABC struts can also be defective. If only dark broth sloshes in the ABC system, new pentosin must be added, recognizable by the green color. Otherwise: check wheel guides and brakes. All good? Then nothing is in the way of the fun with the modern hammer. Conclusion
A hard, pointed sports car is not the SL’s true agenda. The folding roof roadster weighs just under two tons and, in view of its opulent luxury equipment, makes the word “roadster” appear inappropriate. Nevertheless, this SL has seriously impressive driving dynamics. The many technology works are usually amazingly easy to mantain and fix and Mercedes has given everything here to produce the usual quality. Therefore, there is no reason not to buy a well-documented car without rust.