40 years of G-Class – The anniversary of an icon. How does it celebrate?

40 years have passed since the Mercedes-Benz G-Class has been defining the off-road segment. Half of that time, the iconic vehicle has been bearing the AMG badge as well. it is the longest-standing passenger car model in the company’s history.

Marking the 40-year anniversary, Mercedes-Benz offers three special models of what began in the early 1970s. It was the year Daimler-Benz AG started a collaboration with Steyr-Daimler-Puch in Graz, Austria. 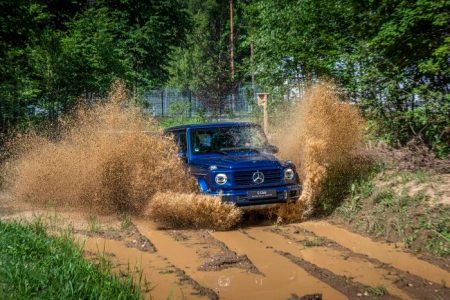 In 1975, the G model entered series production in the new car plant in Graz, the place where it has been manufactured ever since. Statistics show that 80% of the G-Class models ever built are still in use today.

The three specials are available in two engine versions:  the all-new diesel G 400 d  with 330 hp and a maximum torque of 700 Nm at 3400 to 4600 rpm and the G 500 with a 4.0-liter V8 petrol engine of 422 hp and a peak torque of 610 Nm at 2000 to 4750 rpm and also an AMG variant. Both the two Mercedes-Benz variants and the Mercedes-AMG model of the STRONGER THAN TIME Editions, that come with the Driving Assistance Package, suspension with adaptive damping system, the Parking Package with a 360°-camera, Widescreen Cockpit and, among others, a Burmester surround sound system. 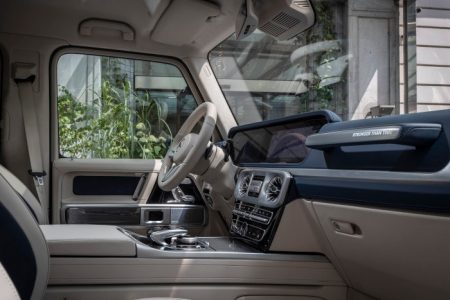 Here are the most important moments in the 40-year history of the model:

1980 Pope John Paul II, visiting Germany in November 1980, is for the first time chauffeured in a “Popemobile” based on the 230 G.

1985 A facelift operated on the “G” brings differential locks, central locking and a rev counter as standard equipment.

1993 Starting September, the G-Models are officially known as the G-Class.

1996 The G 300 TURBODIESEL with an inline six-cylinder engine, developing 177 hp is launched.

1997 The G-Class Cabriolet makes its debut in a new variant, receiving an electrohydraulic soft top.

2007 The G-Class is given a new instrument cluster with four analogue dial instruments.

2008 The new 5.5-liter V8 engine with 388 hp, joins the range, accompanied by a modified radiator grille with three louvres.

2012 Completely redesigned dashboard and centre console, with the modern infotainment system COMAND Online on board as standard.

The G 65 AMG gets a 6.0-litre twelve-cylinder engine, with torque of 1000 newton meters, being the world’s most powerful series production off-road vehicle; its top speed has to be electronically limited to 230 km/h.

2017 The Mercedes-Maybach G 650 Landaulet , with the monstrous  V12 engine, portal axles, electric fabric top and exclusive equipment specification in the rear compartment, comes as a limited edition of only 99 units.

2018 The new G-Class makes its public debut at the North American International Auto Show in Detroit. It keeps its ground in terms of iconic design and comes with a new suspension, the DYNAMIC SELECT drive programs, the “G-Mode” and the three 100-percent differential locks. 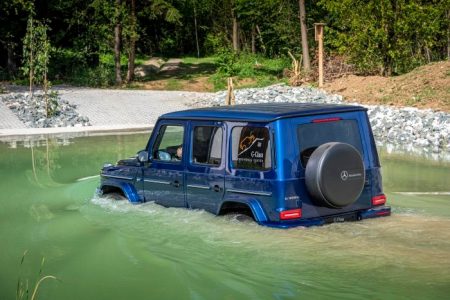 2019 The G-Class turns 40, the AMG variant celebrates its 20th birthday this year. Mercedes celebrates its off-road icon with three special models. Thanks to the new individualisation range G manufaktur, customers can turn the G-Class into their own personal G.