40 Years of Assistance Systems. It all started with the ABS

40 years have passed since Mercedes-Benz started to introduce the assistance systems, reducing traffic hazards. It was 1978 when the first car got the ABS (anti-lock braking system). The ESP followed in 1995, as the company never stopped improving.

Mercedes-Benz and Bosch developed the ABS together. It was a madness at that time, when technology was far from what we know today. But the ABS dates way back, in the early 1950s. Later on, the Mercedes-Benz/Teldix Anti-Bloc system saw the light of day, before it reached a preliminary stage of the system that we know today, in 1978. The feature is standard for cars worldwide nowadays. 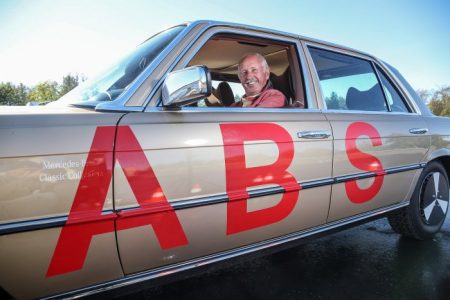 The 4MATIC premiered in 1985. The data provided by the ABS sensors is further used by ASR (anti-slip control) and ASD (automatic locking differential), that were integrated in cars starting 1986, but the newly designed 4MATIC system hit the road in 1997, with the E-Class model series 210.

Cruise control became optionally available for the S-Class, the SL and the SLC equipped with automatic transmission. 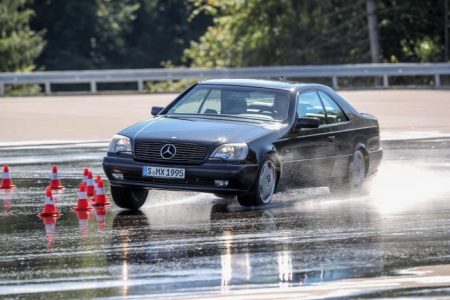 March 1995 was the moment of the ESP (Electronic Stability Control), developed by Daimler-Benz and Bosch, to find its way onto the S-Class Coupe model series 140. The ESP became the worldwide standard after being retrofitted in the first-generation Mercedes-Benz A-Class (model series 168) in 1998. It has eventually turned into a global standard and in March 2009, 14 years after its invention, the European Parliament decided that, from November 2011, it would be mandatory for all newly registered passenger cars and commercial vehicles in the European Union to be equipped with ESP.

1995 was also the year of the birth of APS (Auto Pilot System) as one of the safety systems onboard. The system only became possible when permission was given for free use of the signals from the GPS (Global Positioning System) satellites and when the required large-scale production technology became available. 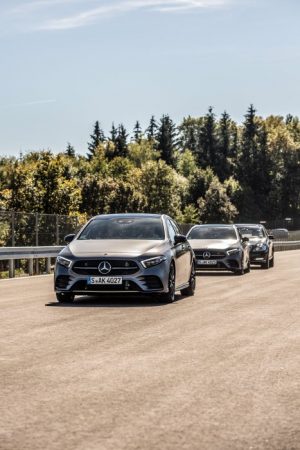 One year later, the ever-growing intuitive vehicle control came in the shape of the SBS voice control, known as LINGUATRONIC starting 1997.

It didn’t take long before the radar-based DISTRONIC came to life, in 1998, with the S-Class model series 220. The system is capable to reduce speed and accelerate depending on the car in front. The process was active in a speed range from 40 to 160 km/h initially, but in 2005, the DISTRONIC PLUS allowed the procedures from a standstill to 200 km/h.

Mercedes also introduced the PARKTRONIC parking aid in 1995, followed by the BAS (Brake Assist) in 1996. In 1998, the three-pointed star company took driver-vehicle interaction to a whole new level with the COMAND (Cockpit Management and Data) system.

Today’s cars integrate safety systems such as PRE-SAFE, Attention Assist and others that make them some of the safest ever built.