40 years after – What has become of the G-Class?

What happens to 40-year old cars? They are worn out most times. Where do they go when they are worn to drive? To the scrap yard, probably. But some of them, very few though, go classic.

The German army used to call it “Wolff”, meaning “Wolf” in English. The military car was as sly as a wolf, it was tough and rough and could withstand just about anything. Except for flamethrowers though. They can even withstand the test of time, just as this specific 250GD has done. 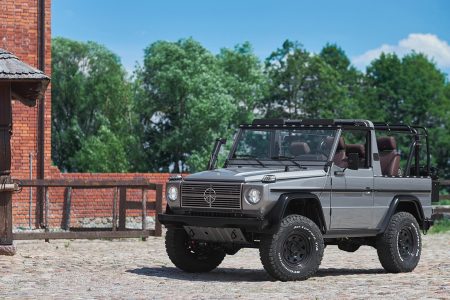 Expedition Motor Company, specialized in the conversion of former military vehicles, has worked on a 1979 G. It is the company’s manner to celebrate the 40th anniversary of the model. The restored model gets a two-door soft-top body style and a fold-down windshield.

More than 1,000 man hours were spent on the Geländewagen. The experts covered the body in an anti-corrosion primer prior to finishing it in a matte black. 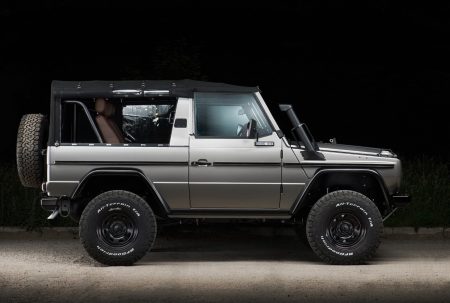 The cabin now comes with a brown vinyl upholstery and contrasting orange stitching. An oak trim covers the cargo area floor and side panels

They mounted new fuel and brake lines, the factory axles have been reworked and the car received a new suspension.

Once upon a time – G-Class special exhibition at the Mercedes-Benz Museum. When does it start and what can you see there? 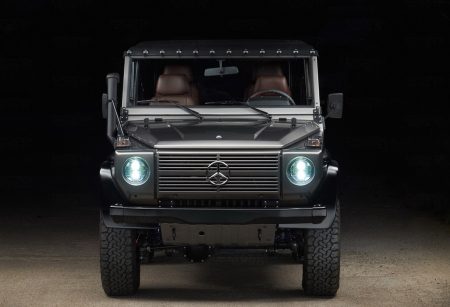 The original OM602 2.5-liter 5-cylinder diesel engine kept its ground, but the pistons, seals, water pump and various other components were rebuilt. The specialists also decided to pull out the transmission, disassemble it, clean it up, grant it with a new clutch, before putting it back in its place.

New wiring, a new starter motor and modern LEDs, all found room in the old G, that comes with a price to match its personality. The 40-year old vehicle starts at $90,000. 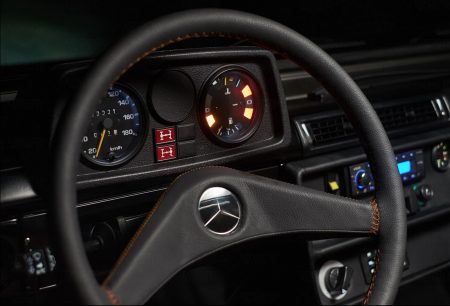