4 million SUVs and 15,000 Maybach-s sold after the best-selling August for Mercedes-Benz

More than 156,000 vehicles sold in the best-selling August worldwide in history, a figure that others only dream of, while Mercedes-Benz achieves it. It equals with a 11.8% global increase, significantly powered by the popularity of the SUVs.

4 million Mercedes-Benz SUVs and 15,000 Mercedes-Maybach S-Class limousines have been sold since their market launch, setting new records for the Stuttgart grand brand. From January to August, deliveries have increased by 11.7% to 1,326,635 units – more than ever before in the first eight months of a year.

“Thanks to their double-digit growth rate, the SUVs once again contributed significantly to the best-ever unit sales by Mercedes-Benz this August”, says Ola Källenius, Member of the Board of Management of Daimler AG responsible for Mercedes-Benz Cars Marketing & Sales.

56,809 of August’s sold vehicles went to European countries, marking a 12.9% increase. 23,530 of them stayed home in Germany, for a 11.9% growth of the home market. Great Britain, Italy, France, Spain and Belgium also reported double-digit rates. Germany, France, Spain and Portugal, the Stuttgart-based company with the three-pointed star was the premium brand with the largest number of new registrations this past month.

Mercedes-Benz remains the market leader among the premium manufacturers in Japan and Taiwan, as sales in the Asia-Pacific region have reached a new high of 61,605 units. 41,072 vehicles were delivered to customers from the most important foreign market for the 3-pointed star company China. 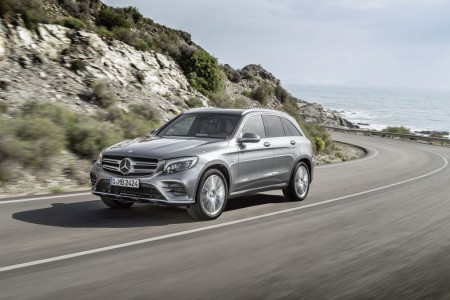 The NAFTA region snatched 33,033 of the Mercedes-Benz cars sold last month, marking a 1.4% increase. Never before had so many cars been handed over to customers in an August in that region, nor in the individual markets of the USA, Canada and Mexico. 28,404 lucky customers got their hands on their new cars with stars in August, in the U.S.

The E-Class Saloon and Estate remain two of the most popular models of the brand, as approximately 17,000 such cars reached their new owners in August.

The S-Class Saloon maintained its position as the world’s best-selling luxury saloon since the beginning of the year. The Mercedes-Maybach S-Class has significantly raised the sales figures, with the 15,000 units delivered worldwide to exclusive customers.

There were 56,286 Mercedes-Benz SUVs tracing their new drivers in August (up by 39.3%), with the GLA and the GLC being the customers’ sweethearts. More than four million customers worldwide have been opted for an SUV of Mercedes-Benz to date. Since 2011, unit sales of SUVs have more than doubled.

Going from gigantic to minuscule, the smart fortwo and forfour recorded a 20.8% growth, as 7,631 people are already behind the wheel of the urban joy. Unit sales of smart models nearly tripled in China compared with the prior-year month.