The 4-door Mercedes-AMG GT shows its curvaceous silhouette in the latest teaser photos, that the company has been intentionally leaking online, just days after the photos of the car shown testing.

“We’re nearly there! We’re now just giving the newest member of the AMG GT Family the finishing touch in the wind tunnel. Stay tuned for the upcoming premiere in Geneva!”, says Tobias Moers, Mercedes-AMG’s CEO. So how near are we, actually? 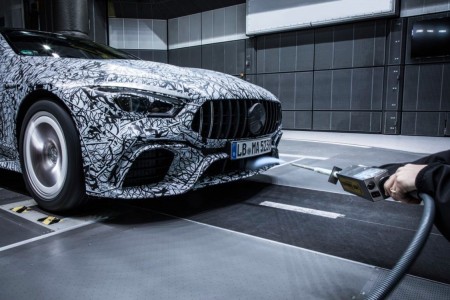 The Porsche Panamera rival has been in the development stage for almost two years, so the clock is ticking, pushing the moment of the reveal ever closer. Mercedes announced that March 6th is the big day and Geneva is the place, but will they wait? With all the teasing on social media, we cannot guarantee.

Seen testing with a light camouflage and shot by amateurs, photographed and sent online by Mercedes-AMG themselves and now spotted in the wind tunnel, the 4-door Mercedes-AMG GT is obviously following in the footsteps of the AMG GT Concept, presented last year in Geneva, in terms of design. 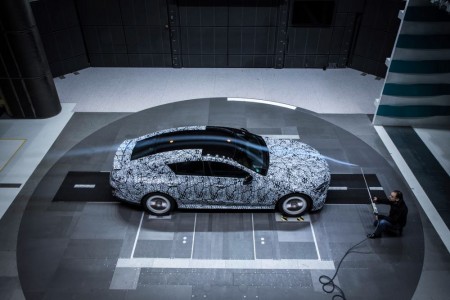 It is most likely that the sleek sedan will be set in motion by the AMG’s 4.0-liter twin-turbo V8 engine, but it is yet unknown how high the engineers will take the power of the unit. The same propeller develops 610 horsepower in the new E 63 S.