Mercedes has opened the world’s most modern Crashtest center

Mercedes has opened the world’s most modern Crashtest center in Sindelfingen: the new technology center for vehicle safety (TFS). In a hall larger than a soccer field, 900 crash tests will be run annually.

With an investment sum in the three-digit million range, Daimler has positioned itself in the field of safety technology for the future. The new technology center for vehicle safety (TFS) in Sindelfingen is expected to be the most modern Crashtest center in the world. Although modern assistance systems will continue to play a major role in crash prevention, as long as a large number of vehicles of different generations are still on the road, the topic of passive safety is still highly relevant and thus plays an important role in vehicle development.

The new plant in Sindelfingen is prepared for all requirements. The flexible and efficient crash path concept not only offers the possibility of classic crash tests, but also creates the prerequisites for completely new test arrangements: car-vehicle collisions (Car2Car) at all angles, evaluation of pre-safe, automated maneuvers with subsequent crash, crash tests with trucks. A total of around 70 different crash test configurations are possible. Added to this are the sled test field for the testing of components and new methods for measuring the vehicles before and after the crash. 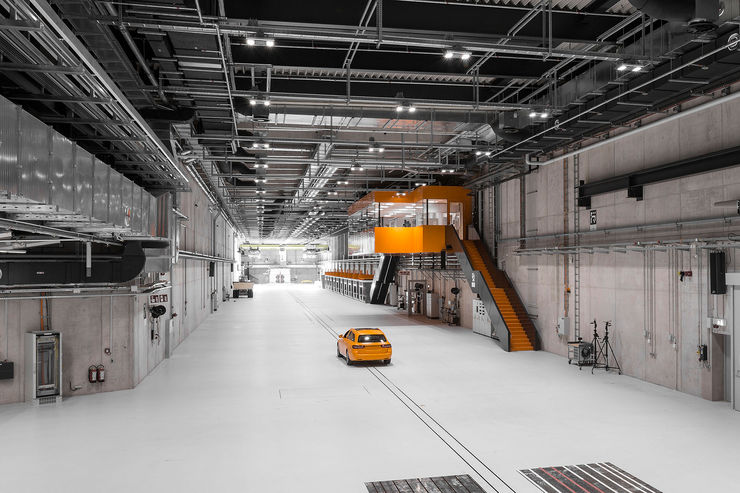 The longest crash track measures over 200 m. A total of five crash blocks are available, one of which can be flexibly moved in the space and another is rotatable around the vertical axis. Together with a mobile partition system, the system allows the simultaneous and independent operation of up to four crash trams. Thanks to the new operating concept and flexible system layout, around 900 crash tests can be carried out each year. In addition, there are about 1,700 sled trials per year.

The challenges consisted, among other things, of the fact that there were no pillars in the large crash hall, and the ground of the crash tracks should be extremely flat. One of the special features of the building is also the temperature control with the help of the waste heat from the neighboring climate wind ducts. 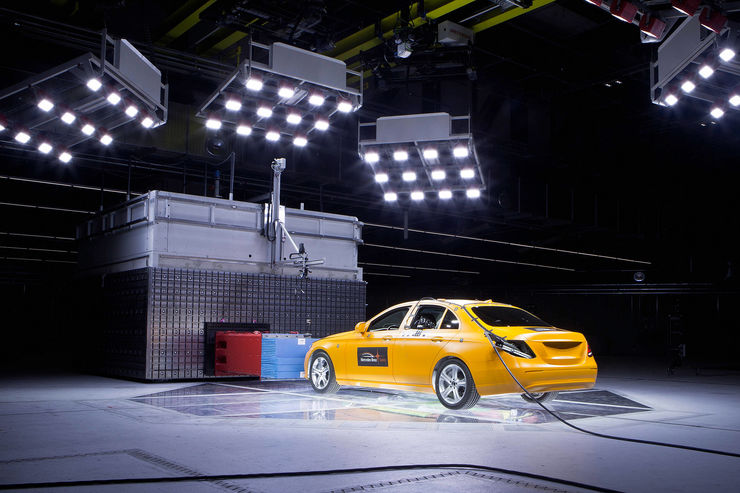 More than 200 meters the longest runway from Crashblock to Crashblock. An extreme flatness of the soil is required for the exact execution of the tests. In a strip of 4 meters around the center of the crash path the tolerance is 2 mm / m, the total track length is 5 mm / 100 m. The floor slab rests on approximately 500 concrete columns, which reach up to 18 m deep into the ground. It is tempered similarly to a floor heating system to ensure the required temperature constancy in the hall.

Preliminary planning began more than ten years ago, construction started in the autumn of 2013, opening was celebrated on 12 May 2015, the first productive Crashtest was carried out on 30 September 2016. 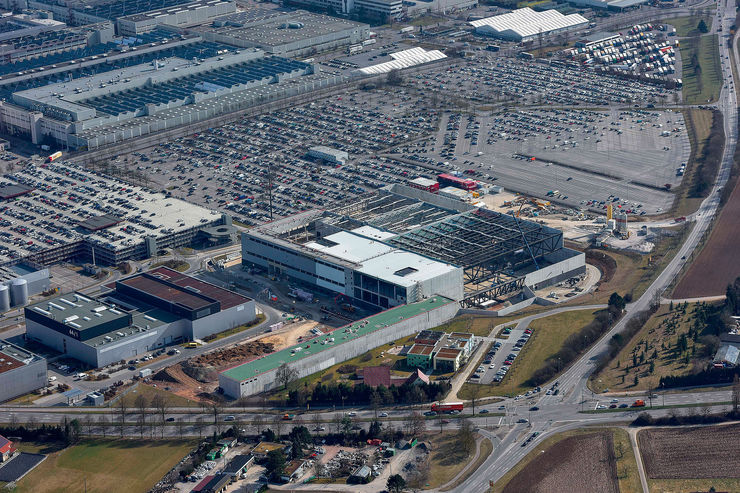