25 Years of the Mercedes-Benz Classic Center

The Mercedes-Benz Classic Center is celebrating a quarter of century since it opened its doors in Fellbach 25 years ago, in May 1993. Authenticity, originality and competence are the main characteristics of the center.

“The time has come: Mercedes-Benz is the first automobile company to open its own Oldtimer Center,” a press release appearing on 19 May 1993 announced to mark the opening. 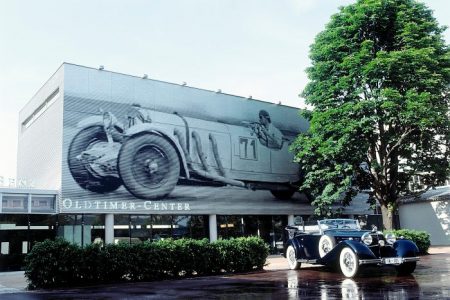 The center, back then called “Mercedes-Benz Oldtimer Classic”, started out with the slogan “The utmost originality”.  Today, the Classic Center sets standards in the preservation of classic automobiles bearing the three-pointed star. Another such center was established in June 2006 in Irvine, California.

The center headquartered in Germany operates in parts replacement and classic vehicle restoration for private customers and for the vehicle trading arm of Mercedes-Benz Classic, All Time Stars. Masterpieces such as the Mercedes-Benz 600 models, Roadster and Coupe variants of the iconic 300 SL and the “Pagoda” SLs have been restored behind the closed doors of the facility. Meanwhile, authentic replicas of legendary cars complete the work of the center. The Mercedes-Benz 540 K Streamliner, presented in 2014, following the lines of the 1938 model inch by inch, was revived under the aegis of the company. 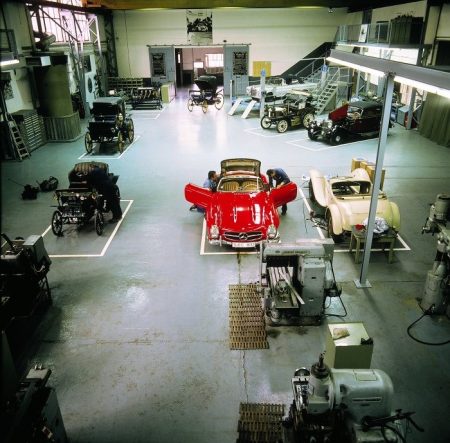 The company’s collection includes approximately 1,000 automobiles, 160 of which are on display at the Mercedes-Benz Museum. The Classic Center is engaged, every year, in around 20 events of the international classics calendar, with the “1000 Miglia” and the Goodwood Festival of Speed being among them. The Classic Center also supports the 80 recognized Mercedes-Benz clubs and their over 100,000 members worldwide. 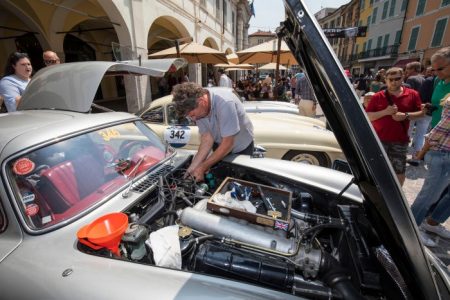