25 years of the Mercedes E-Class Cabriolet. New model in 2017

The first-ever Mercedes E-Class Cabriolet celebrated its premiere 25 years ago. The four-seater model with a fabric soft top belonged to the 124 series, which bore the name E-Class from 1993 onwards.

From the very start, this new body version of the 124 series (known internally as the A 124) impressed with its innovative technology. Initially available as the 300 CE-24 from spring 1992 it is now a true classic. Other available variants of the 124 series were the Saloon (W 124), Estate (S 124), Coupé (C 124) and long-wheelbase Saloon (V 124). The engineers used the Coupé as the technical basis for the new convertible. 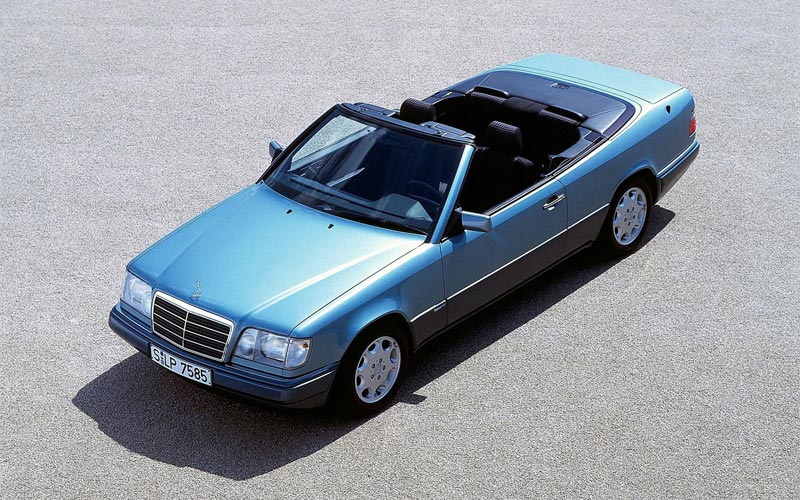 The retractable soft top weighing 43 kilograms was based on a 27-part linkage with 34 joints. When folded down, the soft top occupies a space of only 80 litres and leaves adequate boot capacity. For protection in the event of a rollover, the A-pillars were welded to form a robust unit in the area vulnerable to deformation, and an automatic rollover bar was installed.

The Cabriolet was produced at the Mercedes-Benz plant in Sindelfingen from 1992. Initially only the 300 CE-24 Cabriolet with a 3-litre six-cylinder engine (162 kW / 220 hp at 6400 rpm) was available. All in all, 6343 examples of this model were built up to 1993. In June 1993 Mercedes-Benz already presented the facelifted generation of the 124 series. Like all the other variants in the model series, the Cabriolet now also bore the name E-Class. The open four-seater was considerably revised in its styling, and now also became available in a wider range of versions. The variants available were the four-cylinder E 200 Cabriolet (100 kW / 136 hp, before 1994 only as an export version) and E 220 Cabriolet (110 kW / 150 hp), the six-cylinder E 320 Cabriolet (162 kW / 220 hp) and the flagship E 36 AMG Cabriolet (200 kW / 272 hp). Previously only available at extra cost, electrohydraulic roof operation was now standard equipment and the soft top was given a new inner lining for even better thermal and noise insulation. 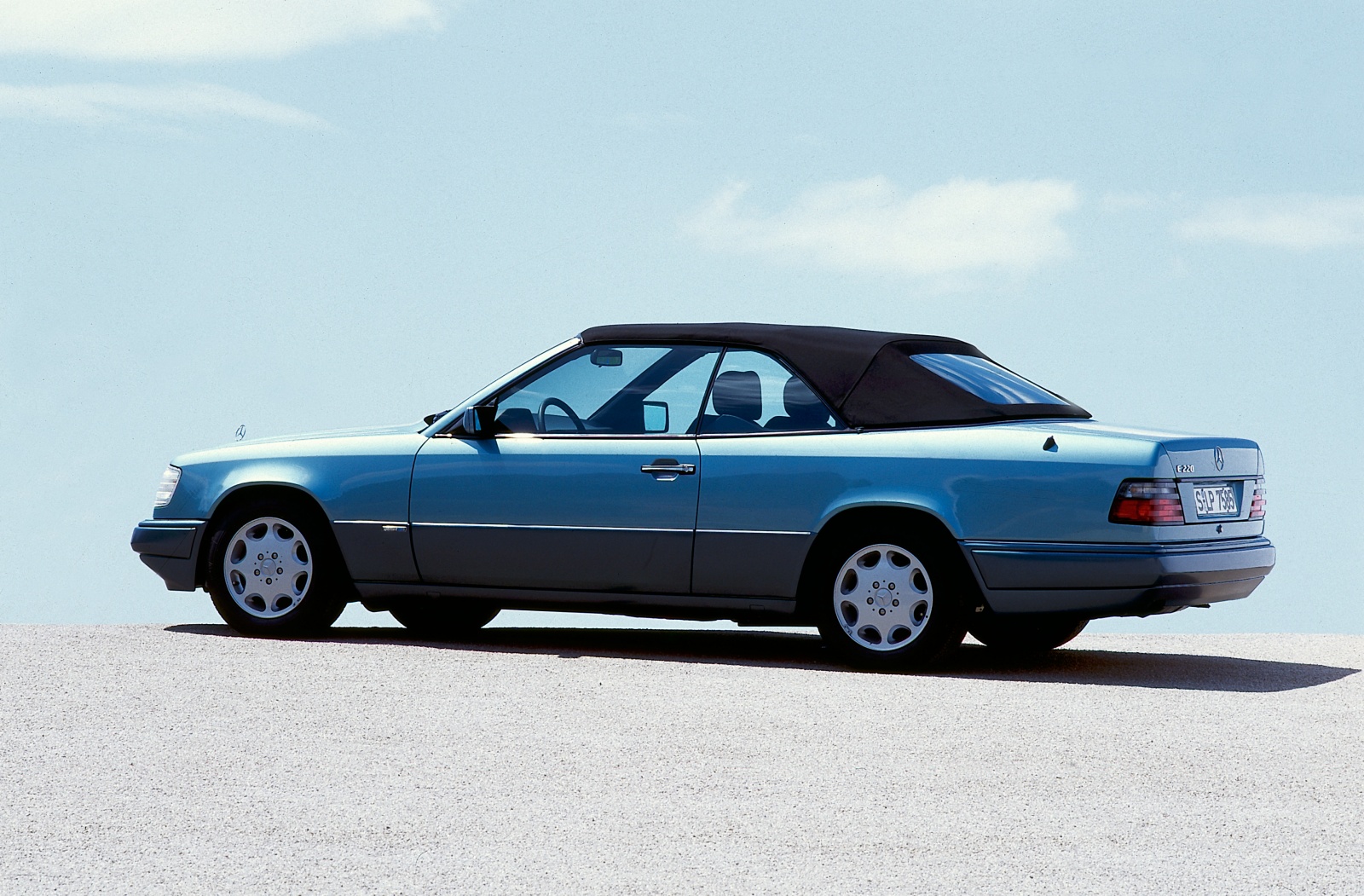 The 300 CE-24 Cabriolet revived the long tradition of four-seater open-top models in the brand history of Mercedes-Benz after a 20-year interruption: the last previous models with this body form were precursors to the S-Class, the 280 SE Cabriolet and 280 SE 3.5 Cabriolet (W 111) produced until 1971. In the intervening period Mercedes-Benz continued its open-air driving tradition with the two-seater SL sports cars.

Now, Mercedes is ready to go back to its tradition and launch an all-new E-Class convertible early next year. The new four-seat drop-top will make extensive use of lightweight materials such as aluminum in order to become lighter, more rigid and more efficient. Mercedes’ modular MRA platform, already underpinning the C-Class and S-Class, will sit at the base of the new E-Class Cabrio.

The engine range is also expected to mimic the one offered alongside the E-Class sedan, which means the 2017 Mercedes E-Class Cabrio will receive all-new four and six-cylinder modular units constructed from a multiple of identical 0.5-liter cylinders. Top AMG version is said to offer as much as 612 hp courtesy of its bi-turbo 4.0-litre V8 engine, while most sales figures will be achived via the bread and butter E 220 d variant, using the all-new 2.0-litre diesel with 195 hp.