The new 2020 Mercedes GLS class, like the S-Class, gets a Maybach version and it is this very version that has now been photographed for the first time (thanks to Carscoops.com).

Mercedes-Benz has been testing for a while the new generation of the 2020 Mercedes GLS, a car that for the first time receives a competitor from its own country in the form of the BMW X7.

The new GLS stays true to the concept of the original and that means that the second generation GLS will also be the biggest Mercedes. A big difference with the current model: there will also be a Mercedes-Maybach extra opulent version for the first time.

The Mercedes-Maybach GLS was created to counteract the extremely luxurious versions of large SUVs, such as the SVAutobiography flavors of Land Rover’s Range Rover – with the Bentley Bentayga and the relatively recently presented Rolls-Royce Cullinan also theoretical opponents (a bit higher priced though). 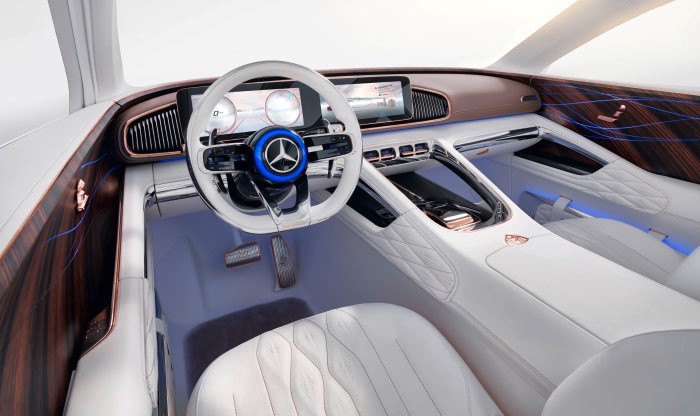 The Mercedes-Maybach variant of the GLS will be especially luxurious in the back. It is plausible that the seats have been placed further to the rear to increase legroom and to accommodate the probably enormous armchairs that Mercedes-Benz wants to fit there.

Completely new Mercedes GLS in 2019 including a Maybach version

The third generation of the Mercedes GLS is growing even more in lenght. Naturally, the car benefits from the semi-autonomous techniques that Mercedes-Benz has rolled out over its model range in recent years. The platform for the new Mercedes GLS is the new MHA architecture (Modular High Architecture), which is reserved for the big SUV and crossover Mercedes models. With this new kit, the Mercedes GLS should lose significant weight.

Engine-wise, the new six-cylinder engines are being implemented in diesel guise with up to 340 hp and as gasoline with up to around 460 hp, but also in hybrid form. Thus, the GLS  will receive the (known from the S-Class) 560 e hybrid drive variant, which combines a 367 hp and 500 Nm strong three-liter V6 gasoline engine with a 90 kW and 440 Nm electric motor. In addition, there is a 9-speed automatic transmission, which integrates the torque converter, the clutch and the electric engine itself. In the S 560 e, this powertrain ensures a purely electric range of around 50 kilometers. At the upper end of the range we find Mercedes-AMG versions that fall back in this model generation on the proven four-liter V8 Biturbo and deliver up to 630 hp.