A few weeks from now, the all-new 2020 Mercedes GLA will be unveiled by Ola Källenius in an online presentation that will be accompanied by a live stream, British magazine Autocar has revealed.

The new SUV developed by the German manufacturer will be presented by the end of the year, with the commercial debut taking place in the first half of next year. The premiere will not be hosted by the Guangzhou motor show, as some may have believed.

What will Mercedes bring to the Guangzhou Motor Show?

The upcoming Mercedes-Benz GLA will have dimensions that show more similarities with those of the B-Class than with those of the A-Class. The current A and B-Class are the same in terms of width, length and wheelbase. The B-Class is 12 cm higher than the A.

According to Autocar, the wheelbase remains the same as in the A and B-Class and will be more generous (2,729 mm, +30 millimeters) compared to the current GLA, but the new 2020 Mercedes GLA is 15 cm higher than the A-Class and about 3 cm higher than the B. At the same time, the Britons say that the all-new 2020 Mercedes GLA will be shorter by about 20 millimeters than the current version, while the height has increased by about 100 millimeters. Thus, the space offered for the rear passengers will be more generous and the design will be closer to a regular SUV than a raised hatchback.

As expected, the interior will be taken over from the new A-Class and GLB. The Germans will offer both a digital on-board instrumentation and a generous center screen. Like the new GLB compact SUV, the future GLA will receive a sliding rear seat.

But wait, there is more news about the GLA. the Autocar report mentions that the new generation 2020 Mercedes GLA will form the basis for the upcoming EQA, the first compact EV of the Germans that has to compete with the Volkswagen ID.3, among others. This will be launched in 2021.

There will also be a plug-in hybrid in the shape of the GLA 250 e, a variant identical to the one now available on the A 250 e which offers 218 horsepower and an electric range of up to 69 kilometers. In the second part of next year, Mercedes-Benz will also offer AMG versions for the new generation GLA.

The range of engines will be borrowed from GLB’s portfolio, so the new GLA will be available with 1.33-liter and 2.0-liter petrol engines with powers ranging from 163 hp to 224 hp or with 2.0-liter diesel units with 150 hp and 320 Nm or 190 hp and 400 Nm. Depending on the engine you choose, the GLA will be offered with either a six-speed manual gearbox, seven or eight-speed automatic transmissions. The all-wheel drive system will also be available depending on the engine. 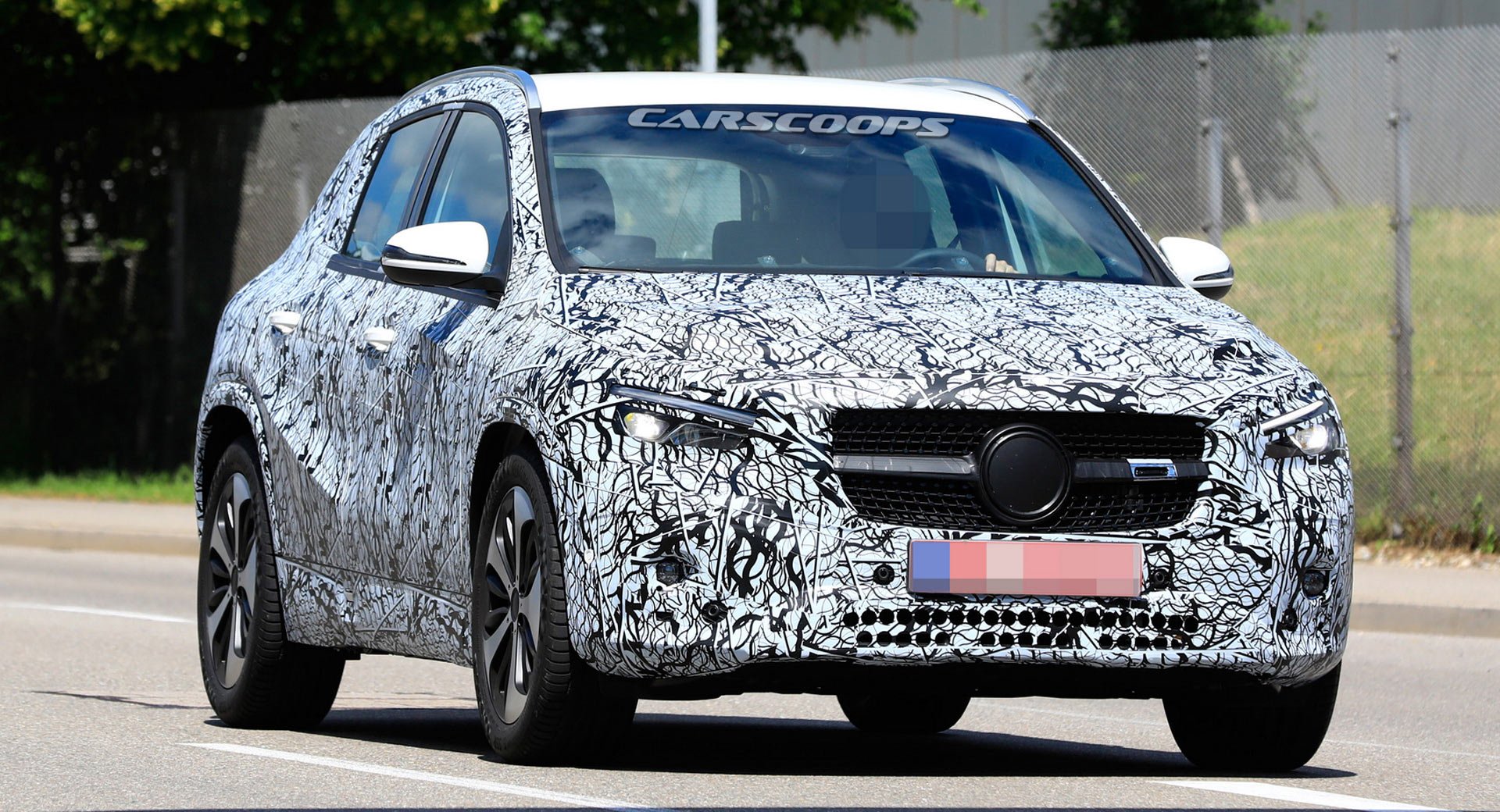