2020 Mercedes GLA, the cornerstone of the Mercedes compact family is finally here. Did Mercedes save the best until the end in the compact segment with the new GLA, which has to prove itself on the international media test drive?

After all, the Swabians have been celebrating the generation change in their compact class for almost two years. The new edition 2020 Mercedes GLA can be recognized as such at first glance. The matt gray test car looks significantly larger than its flat predecessor. This is helped by the grille with a large Mercedes star standing steeply in the wind, as we know it from the other SUVs from the brand. However, the first impression is somewhat misleading. The new model shrank minimally in length, and is even a few centimeters shorter than its technical base, the A-Class. The width also changed only slightly. The compact crossover segment is still booming, and so the GLA wants to go high, growing by a good ten centimeters in height. So there is the explanation for the visually massive appearance.

So, where cars usually grow with every generation, Mercedes has trimmed the GLA a little and cut two centimeters in length. In return, however, because the wheelbase was extended by three centimeters to 2.73 meters and, above all, the roof was raised by ten centimeters, the interior is now much more spacious with a total length of 4.41 meters. The headroom is noticeably better on all seats, the slightly raised seating position improves the overview, there is a little more space for the knees at the back, and the trunk also increases. Instead of 421, it now holds 435 liters and can be expanded to 1430 liters. As if that weren’t enough, just like in the B-Class and GLB, Mercedes is now also featuring a sliding rear seat (14 cm travel) in the GLA, with which everyone can find their individual compromise between legroom and loading volume. 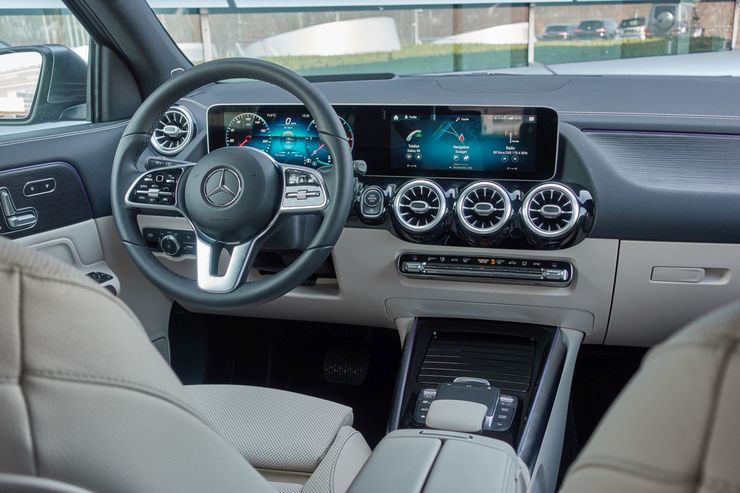 Instruments and infotainment run exclusively digitally on two displays. They are optionally placed under a large common glass pane and execute operating commands in a variety of ways. The MBUX system reacts briskly to voice input as well as touch, a head-up display complements the variety of displays if required. So far, so well known.

The engine range starts with a meager 116 hp in 180 d for the diesels and at least 163 hp in the GLA 200 for the petrol engines. But don’t worry, you don’t need a sports badge for a speedy driving style: the most powerful diesel in the 220 d 4MATIC has at least 190 hp and with its 400 Newton meters, promises 7.3 seconds for the sprint to 100 km / h, a top speed of 219 km / h, smooth eight-speed double clutch transmission and soothing all-wheel drive very confident and sophisticated. The petrol engines have up to 224 hp and 240 km / h in the GLA 250. And for whom EU consumption between 4.6 and 5.0 liters for the diesels and 5.7 to 6.9 liters for the petrol engines are still too high, Mercedes prepares the plug-in hybrid, which comes in the summer with a 50 km electrical range and 1.6 liters per 100 kilometers consumption according to the WLTP standard. 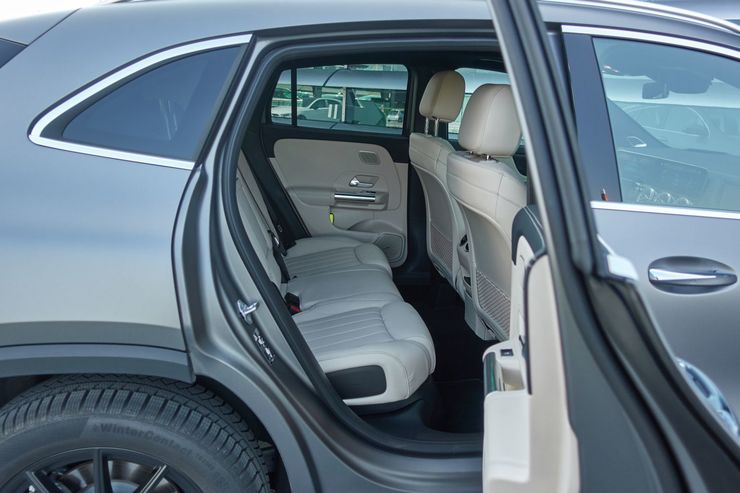 After the generation change, the GLA not only offers more space, but also more maturity – especially when it comes to driving, as it now perfectly fulfills its role as a family car. The new 2020 Mercedes GLA steers safely over narrow streets in the Swabian Jura, but is not quite as agile as its predecessor. But that doesn’t matter, because in conjunction with the 18-inch wheels, it very reliably absorbs all road imperfections. The steering works pleasantly direct and not too light, so that you get a good feeling about the driving situation.

Overall, this set-up fits very well for comfortable, swift driving, to which the powerful two-liter diesel also contributes. In the 220d, it produces 190 hp, which drive all four wheels in the test car. For this purpose, an eight-stage double clutch transmission portioned the force of the 400 Newton meters into digestible and, above all, not jerky shifts. The acceptable quiet running engine is also very economical with 6.5 liters per 100 km according to the on-board computer on the brisk test lap.

You can also see the new height of the GLA on the motorway. The 13 hp weaker predecessor was equally fast at full throttle. However, other properties are more important for long distances. 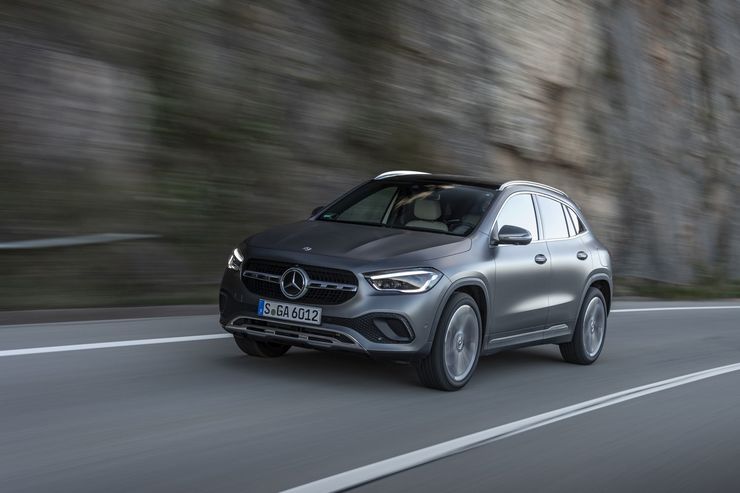 The wind noise is kept within limits and the assistance systems actually help in a surprising number of cases. The better version of the Blind Spot Assist now reacts actively with steering interventions. In the event of a traffic jam, the lane assistant automatically forms a rescue path, and flashes and honks before getting out of the car if a cyclist comes from behind while you touch the door handle. The icing on the cake on the mountain of assistants is also a car wash function: the car folds up the side mirrors with just one push of a button, closes all windows and shows the camera image in front of the car to make it easier to drive in the middle. The rain sensor also dutifully stops functioning.

As is typical for Mercedes, none of this is available at an affordable price. After all, some of the production models had already been built before the Corona shutdown, so that the first copies will be delivered to customers at the end of April. The car can be ordered at prices starting at 31,320 euros for the GLA 200 with 1.3-liter four-cylinder (163 hp), 7-speed double clutch and front-wheel drive. For the tested 220d with all-wheel drive, Mercedes asks in Germany 37,080 euros, 1,700 euros more than for the predecessor. On this chapter, too, Mercedes is now better. 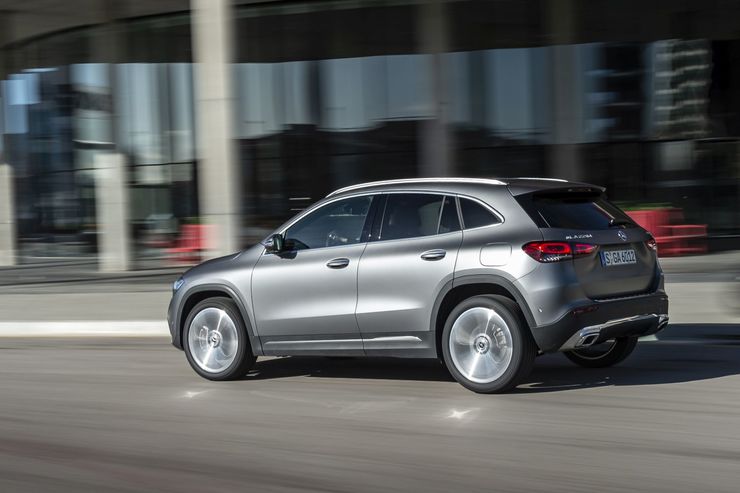 The new 2020 Mercedes GLA has finally matured into a fully-fledged compact SUV. This comes with great benefits such as the bigger interior as well as the mature driving behavior. Another plus: the high-tech and AI MBUX operating architecture.