Mercedes-Benz, apparently, finds it difficult to keep the appearance of the updated E-Class under control. Today, the 2020 Mercedes-AMG E 63 shows the hot new rear styling. (Update: the front end is now also revealed in a new batch of spy pics.)

Mercedes-Benz may still keep the facelifted E-Class in its development rooms, but it looks like the appearance of the modernized sedan is no longer a secret. Last week we were able to show you the snout of the updated E-Class and this time an image of the rear of the updated 2020 Mercedes-AMG E 63 has surfaced on the social channels.

The image shows that the E-Class does indeed get completely new rear light units, specimens that are more similar in shape to those of models like the smaller A-Class. The chrome strip between the lighting units is wider than before, too. This makes the rear end more visually striking than the front end. 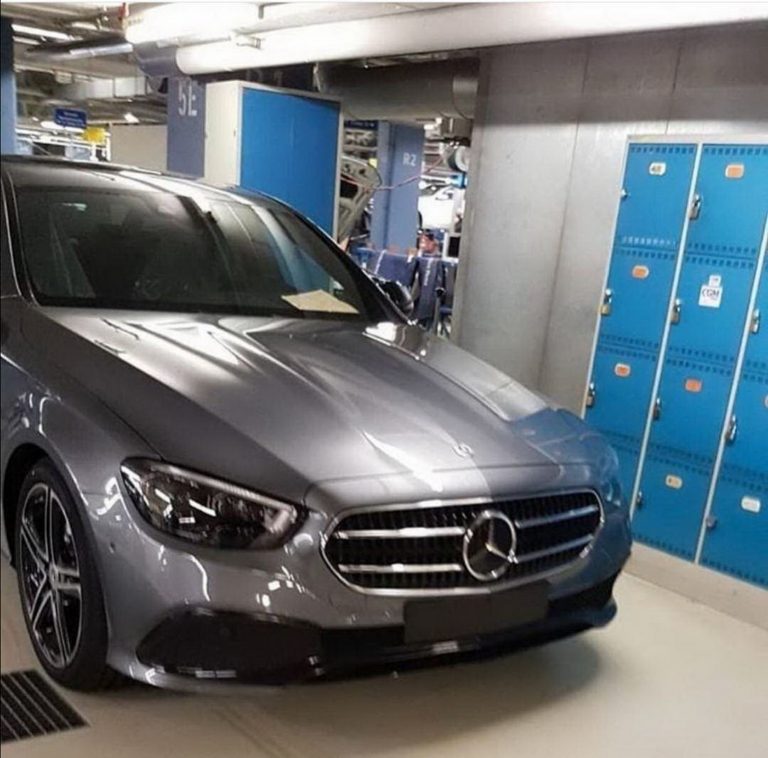 Mercedes-Benz confirmed last week the arrival of two new engines in the E-Class: a 2.0-liter four-cylinder and a 3.0-liter in-line-six. These power sources are both equipped with a starter generator that delivers extra power thanks to the 48-volt on-board electrical system. The four-cylinder delivers 272 hp and, thanks to the electrical assistance, can offer 20 hp extra when needed. The six-cylinder engine makes 367 hp and also benefits from 20 additional, electrically-generated horsepower. There is also news in the plug-in area. The already presented E 300  de and E 300 e can now also be ordered with four-wheel drive. Until now, these were only available in rear wheel drive guise.