2019 Mercedes GLB is Daimler’s idea of how a smaller and more affordable G-Class should look like. Lifesetyle SUV on the road, off-roader on mountain trails. Here in two years.

Mercedes dares with the GLB a reinterpretation of the G-Class: an edgy and rustic alternative to the current GLA. Of course, the little G-modell lacks the technical background to become a certified climber. But at least visually, the lifestyle SUV emulates well its ancestor.

The stylistic cues from the original are all there: the wrinkled fenders mounted front turn signals, the almost vertical grill or the body-colored door frames. The GLB (development code X 247) will be available in two versions: as a relatively compact five-seater and a seven-seater with a lengthened by 120 mm wheelbase. The high roof and steep rear end create sufficient space for large luggage. Revolutionary is also the interior of the GLB: highlights include the steering wheel with the two touchpads taken from the new E-Class plus an all-new touchscreen in the center console to replace the Comand controller. 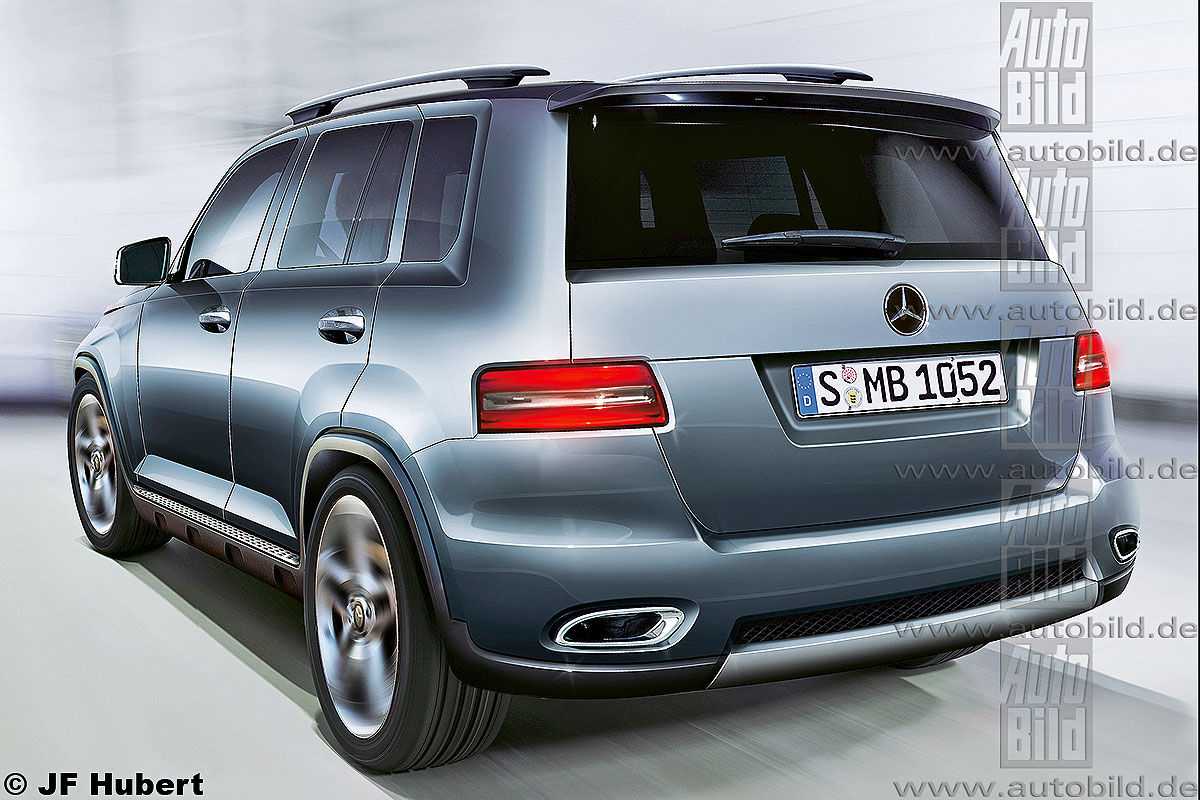 The basis for the 2019 Mercedes GLB is the MRA front-wheel drive arhitecture. Since the current generation of A-Class and its counterparts sold in more than 600,000 copies a year, the Benz accountants have greenlit almost all technologies from the higher classes, from hybrid power trains to state of the art assistance systems that make semi-autonomous driving possible.