2019 Mercedes CLS versus Audi A7 Sportback: The most beautiful duel of the year

2019 Mercedes CLS meets its nemesis, the Audi A7 Sportback. Both look great, both drive like first class coupes. Which is the best, though? FIND OUT FROM THE FIRST COMPARISON TEST VIA AUTOBILD.DE.

Are they allowed to do that? This is the question we had asked when the first CLS came out, in 2004. Mercedes had built on the basis of the E-class a daring four-door coupe (the first of its kind), pompously shaped and clearly unreasonable. It became a success, as we now know. Now comes the third edition. And the CLS has found, for us at least, its final form. Not as jagged as before, but tighter and sharper. With the AMG GT grill, long bonnet, narrow windows, flat, sloping roof and retracted rear. Gorgeous. 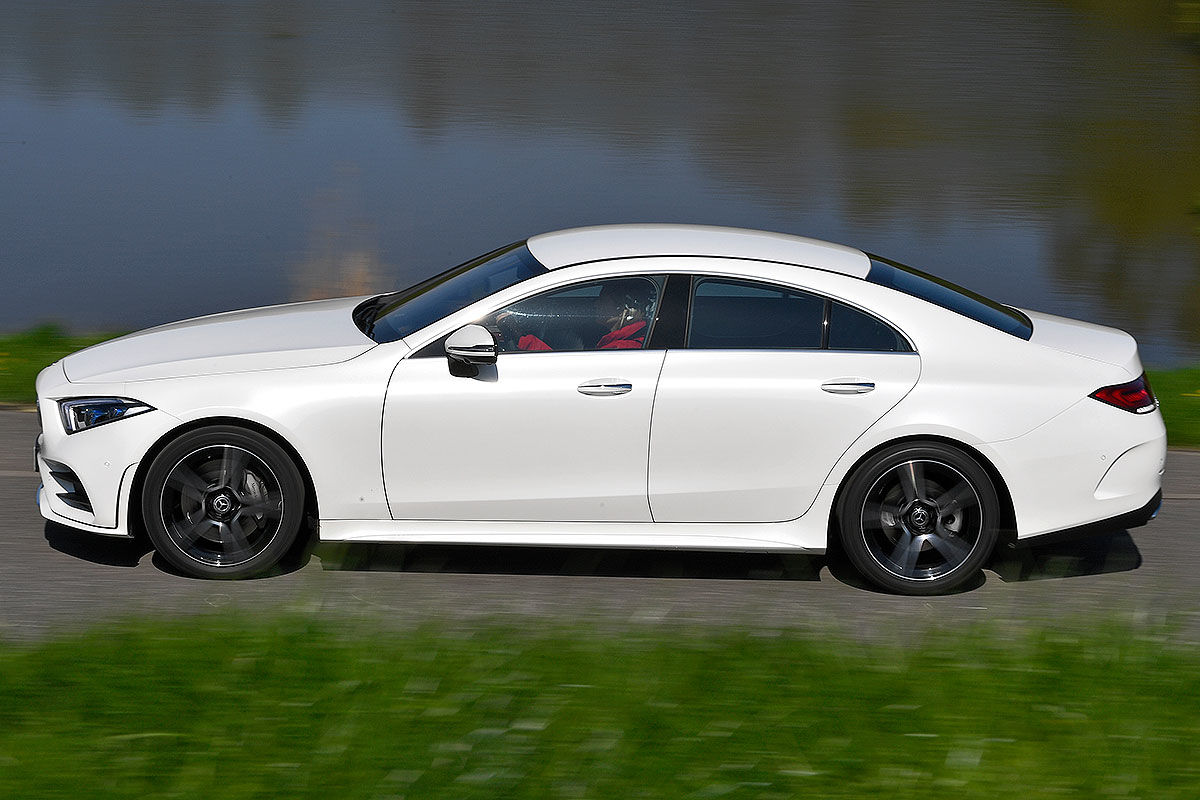 The brand new Audi A7 Sportback has a hard time next to it. Unlike the Benz, he has a historical role model, the eternally beautiful Audi 100 Coupé of 1970. If you look closely, the A7 rear actually reminds you of the timeless coupe. The elongated Audi looks more high-tech compared to the elegant Benz. With a grim front, deep down giant grill, clear edges and the eye-catching light band at the rear.

After a long pondering we also like the Avalongrün-Metallic paint (2900 Euro) of the test car. The A7 is always fine, clear and straightforward. Especially the huge touch screens (top 10.1 inches, low 8.6 inches) are noticeable, coupled to the 12.3-inch digital cockpit instruments (in the package with the Navi plus for 2200 euros). All have beautiful graphics, but the operation is not always easy due to the large number of functions and extensive menus. 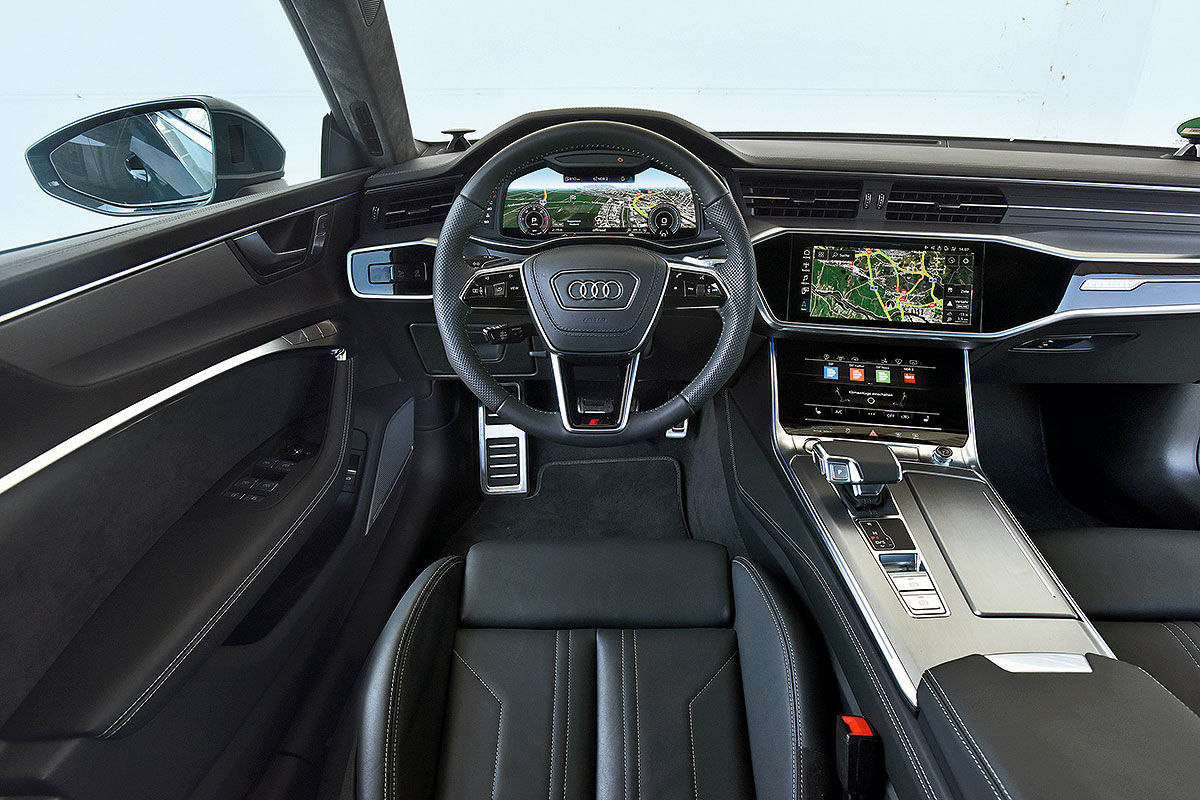 The Audi offers a little more space than the CLS and feels more airy, which is especially noticeable in the rear. However, the rear seat is too deeply mounted, so big people are not very happy. From a practical point of view a considerable advantage is, of course, the large tailgate, while also the trunk (535 liters) is larger than the CLS with its (still very decent) 490 liters – but large objects loading is impaired by the relatively small hatch.

Overall, the Benz feels closer to a real coupe than the Audi, no wonder, with its narrow windows. The opulent interior matches the exterior design – with the slightly curved cockpit, the inserts in ash gray open-pored (464 euros) and two-tone leather in Bengal red and black (2618 euros). For example, the inside-lit air vents (ambient light with 64 color series) are a real eye-catcher. 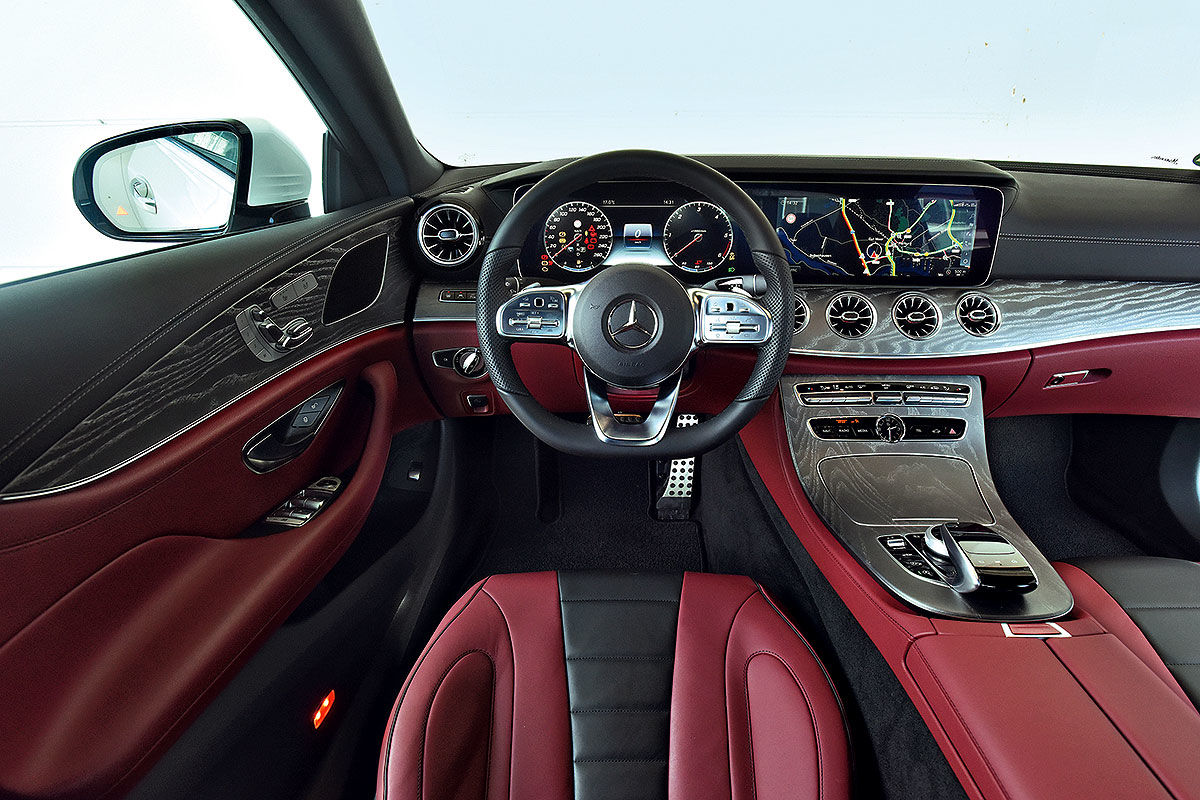 The test-CLS had two 12.3-inch giant screens, the widescreen cockpit with digital instruments costs 1012 euros, the display in the middle of the Comand online sat nav is 2142 euros. Again, the graphics are a success, but the menus are extensive – still the operation with the rotary push-button works well.

The 3.0-liter diesel under the bonnet of the CLS with 286 hp comes from the new Mercedes engine family, in the revived inline six-cylinder configuration. The engine is a poem: the lively character and especially the velvety run have completely convinced us. It sounds fine and pleasant, always whispering softly. The 9-speed automatic gearbox reacts quickly and attentively, everything fits. The 350 d always comes with 4Matic all-wheel drive and can be optioned with the air suspension for 2261 euros. So equipped, it lies, in a positive sense, powerful and emphatic on the road. With the sensitive steering the CLS drives pleasantly light-footed, but not hectic, fast and always calm. A pleasure! 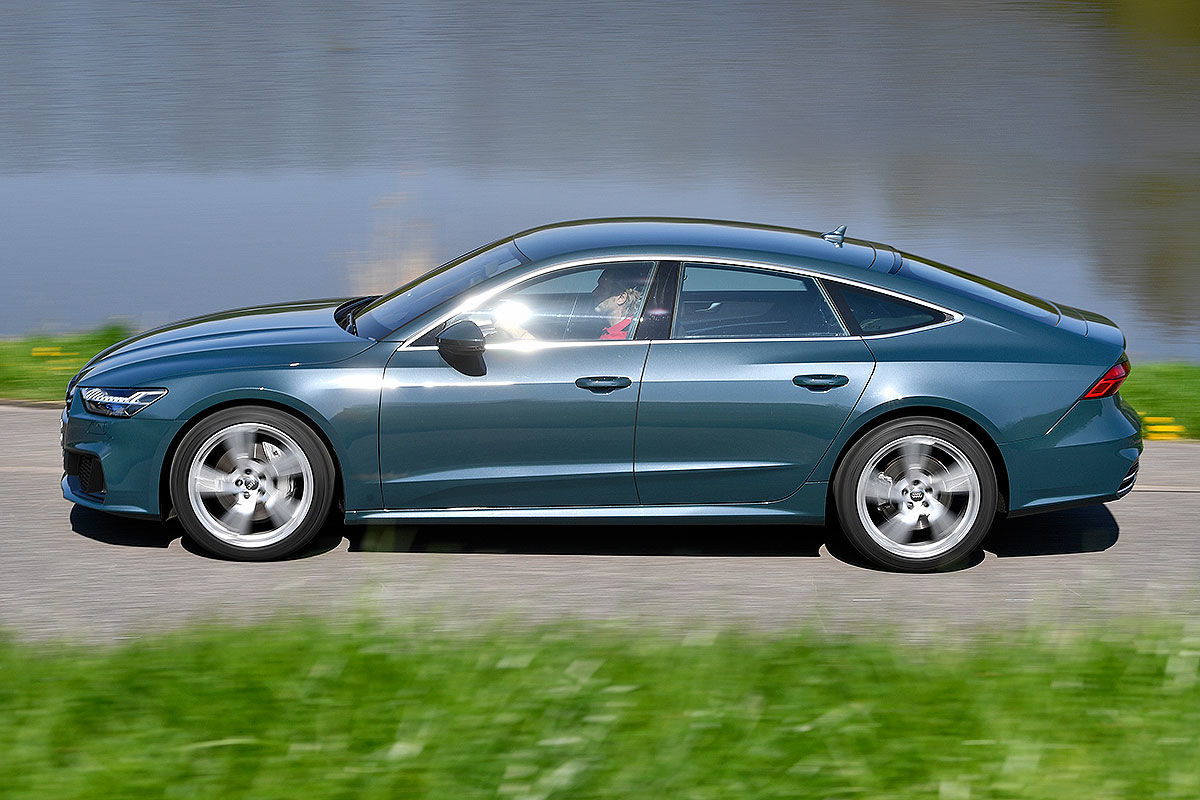 At the Audi we assume that the 3.0-liter V6 TDI complies with the applicable standards and laws. It would be a shame about this unit if it does not. The V6 also with 286 hp comes with a V6 configuration, sounds a bit rougher and harder. Otherwise it can not be faulted much. Quiet, with beefy power, friendly manners and an acceptable consumption: 7.9 liters, just like the CLS. Even the eight-speed automatic plays properly. However, the interaction does not work quite smoothly, when starting for example after start-stop there is a small delay and a slight jerk-movement. This may be due to the built-in mild hybrid system with the belt-driven starter generator – there is still room for improvement.

The test A7, by the way, was 65 pounds heavier than the CLS, came with air suspension (1990 euros), all-wheel steering (1900 euros) and four-wheel drive with sports differential (1500 euros). Thus, it becomes a fast glider, moves effortlessly, quickly and easily. The smooth-running steering feels a bit calmer than the Benz, but is well weighed and benefits of the four-wheel steering system. All the fun unfortunately has its price. We feared it. The Audi price starts for the 3.0-liter TDI at 66,300 euros. The CLS 350 d starts at 68,128 euros. Proud prices. 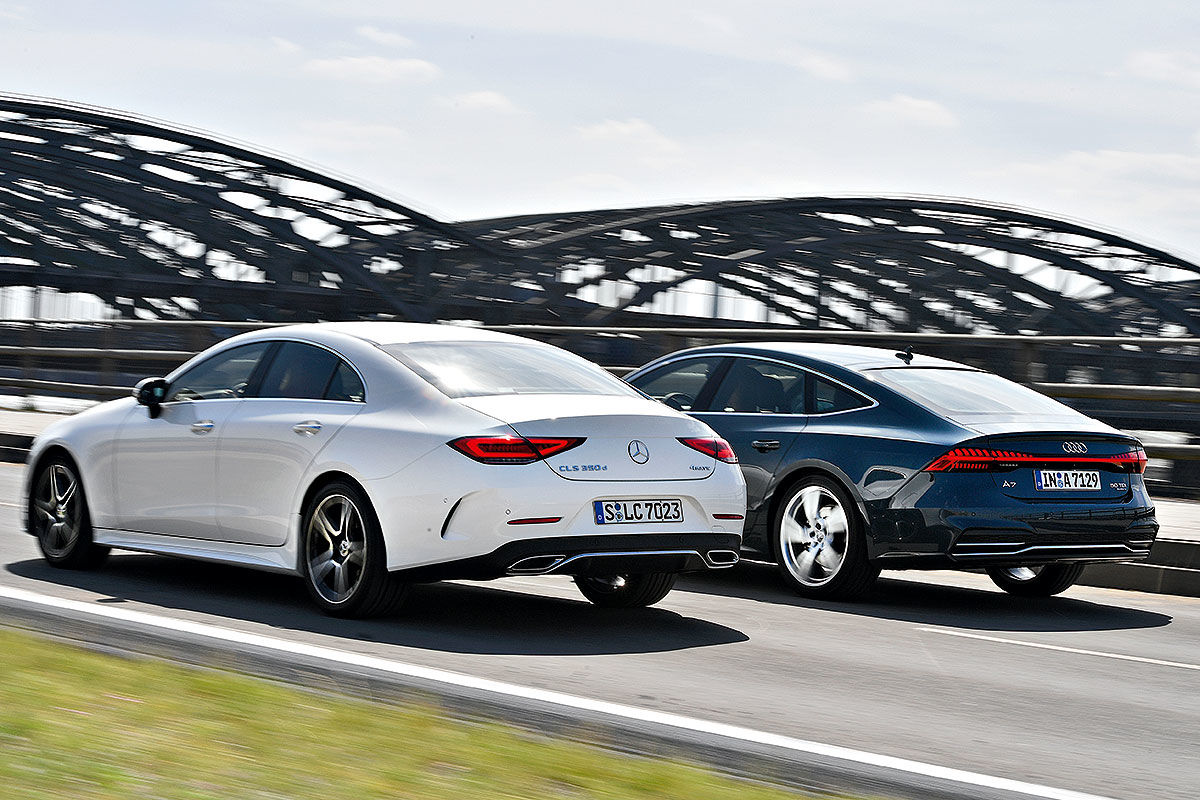 Eye catcher, both, the Mercedes even more than the Audi – but there are no points for the design. Soberly calculated, the victory lies at the feet of the A7 Sportback. Because it just offers more space and more value for money. But both cars are winners here.