Auto motor und sport magazine published the first spy pictures and the first artist impression with the second generation Mercedes CLA which will look like a compact Mercedes CLS.

Mercedes CLA artist impression from auto motor und sport magazine shows a car very similar with the new Mercedes CLS: the same design for the headlamps, a lower radiator grille and a sporty front spoiler. Based on the new MFA2 platform, The new CLA will be lighter and will have a lower centre of gravity. 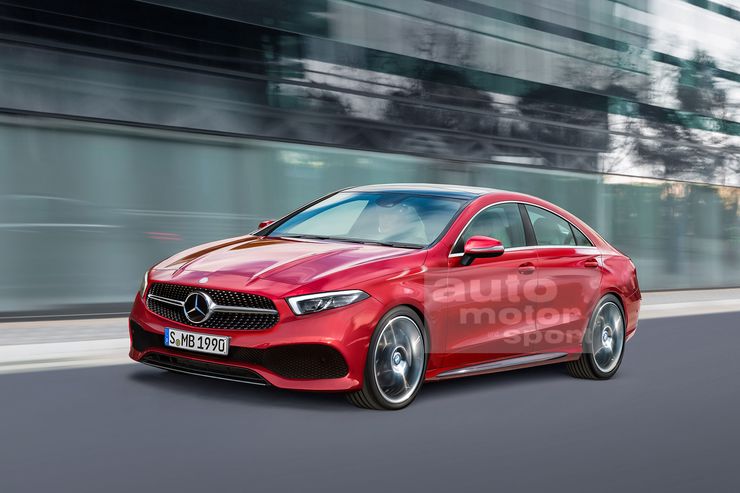 The new Mercedes CLA will carry over the new dashboard and the new multimedia system from the new A-Class which will be shown in March 2018 at Geneva MotorShow.

The new Mercedes CLA will be available on the market in 2019 and the second generation Mercedes CLA Shooting Brake will follow around 6 months later.

The base petrol engines will come also from Renault in the form of the new 1.33 liter turbo engine.
The most interesting version will be the Plug-In Hybrid CLA 220 e which promise an electric range of no less than 70 km. The same propulsion will be available also for the new A-Class from the spring of 2019.

Top versions will be two AMG variants: AMG CLA 35 with around 300 HP and AMG CLA 45 with 408 HP and double clutch gearbox, both with 4Matic.

Auto Motor und Sport estimates that the future Mercedes CLA will cost minimum 33,000 euro, while the current generation starts at 29,678 euro. The top AMG version will cost over 60,000 euro.