2018 Mercedes S-Class facelift comes to market next year and here IS EVERYTHING WE KNOW. Latest spy pics come via auto-motor-und-sport.de.

The new Mercedes S-Class will carry the latest generation of Multibeam LED headlights. This system allows the driver to drive continuously with high beam on – depending on the traffic situation, individual LED units are switched off, for example, to avoid dazzling of the oncoming traffic. Furthermore, pedestrians on the roadside or animals are highlighted. The front and rear bumpers are also modified.

While the appearance of the Mercedes S-Class hardly changes in the course of the facelift, the Mercedes engineers and designers put their touches on the interior. The large display will be even larger, the frame will be omitted. In addition, the occupants may operate the Comand system via gesture control. Here, Mercedes responds to the corresponding system in the new 7 Series from BMW. 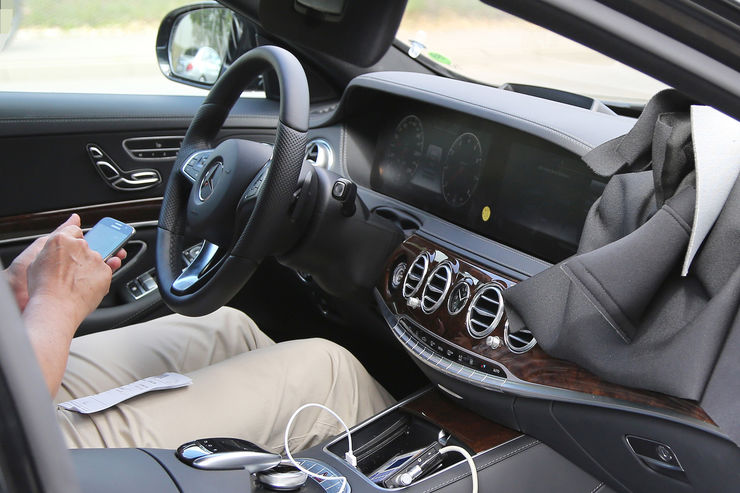 Besides minor changes in the design department and possibly the seats, the new S-Class will feature a brand new three spoke steering wheel. Obviously, the two-spoke version of the current S-class has had its day.

The engine range of the Mercedes S-Class is also being revised with the Facelift. New in the luxury line-up is the straight-six-turbo diesel with 340 hp and a maximum torque of 700 Nm.
The other units are increasing in performance and are consuming less fuel. The nine-speed 9G-Tronic automatic transmission will be standard across the range.

The plug-in hybrid S 500 e is also refreshed. A six-cylinder in-line engine replaces the previous V-engine. Possibly even a four-cylinder comes into question. The new combustion engine is combined with a more powerful electric motor and the 9G-Tronic automatic. In terms of charging performance, Daimler is also relentless. The S-Class hybrid model can also be optionally charged by induction with up to 3.6 kW per hour. 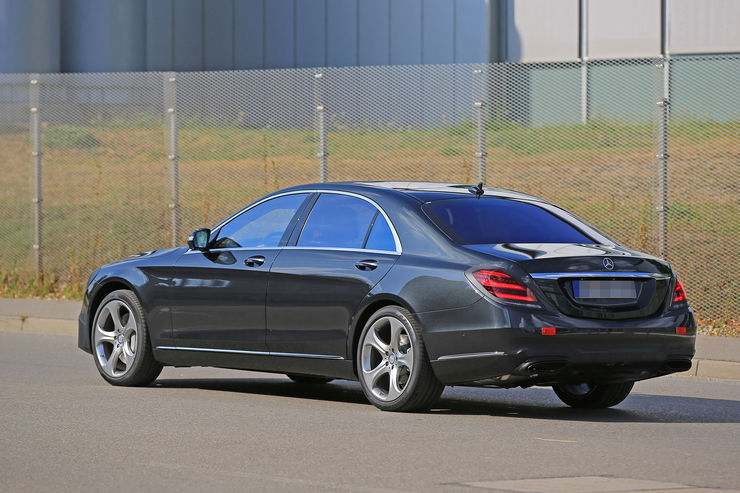