2018 Mercedes CLS first official information and photos are here. Next year Mercedes will launch the third generation of the four-door coupe, again under the well-known model designation “CLS”.

First official pics of the new Mercedes CLS (still lightly camouflaged) reveal a flat front and narrow headlights. With a length of 4.99 meters, the CLS exceeds the E-Class by 6 centimeters. The striking rear wheel arches seem to be history. After AMG GT Roadster and SL-Facelift, the new Mercedes CLS will also get the Panamericana grille. At the rear, the new narrow lights can be seen through the camouflage. Apparently the rear window is also larger. The erected spoiler is only a dummy. Even if the CLS is more elegant than the E-Class, the Cx-value increases from 0.23 to 0.26. 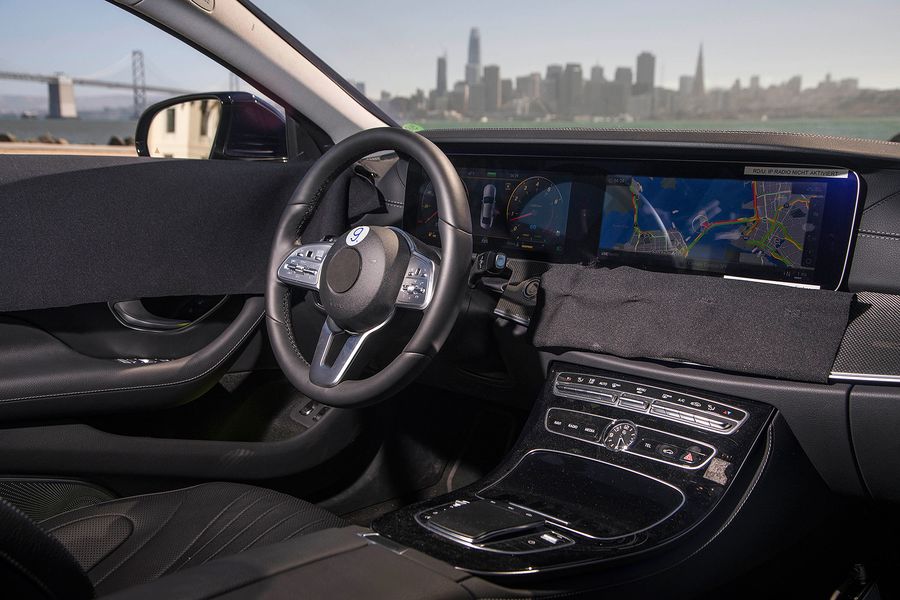 The interior of the new Mercedes CLS is related to the new E and S-Class. Here the driver looks at the dual-screen cockpit and at the touch control surfaces mounted on the steering wheel – now also for the cruise control. Also the wellness program for the massage and comfort features are on board.

On the drive side, the new Mercedes CLS is also being revamped. The new gen gets the new straight-six cylinders in gasoline and diesel form as well as a 299 hp and 400 Nm strong 2.0-litre four-cylinder petrol engine in the CLS 350 with 48-volt electrical system and belt starter generator, which additionally contributes 14 hp and 150 Nm. The CLS 450 is equipped with a 367 hp 3.0-litre straight-six cylinder. The diesels come with four and six cylinders and 245 and 286 hp. On the chassis side, the new Mercedes CLS spreads its range from steel to air suspension, whereby the steel suspension can be optionally combined with adaptive dampers. Also four-wheel drive versions will be available. V8 engines will only be available in the significantly more independent AMG version, the Mercedes-AMG GT Coupé from around 150,000 euros. The Shooting Brake version will disappear.

The official premiere will be celebrated at the L.A. Autoshow. The new CLS will be available on order from December onwards, and will be rolled out to dealers from March 2018.