The all-new A-Class will receive the Mercedes-AMG treatment in not one, but two guises. The A 45 top model comes in 2018 with the Panamericana grill and over 400 hp.

Mercedes-AMG developed the compact sports car fundamentally from the ground up. Our colleagues from Auto Bild have now published a new cgi that shows what the new top of the line the A-class could look like.

Spy photographers have already caught the A 45 near the AMG test center at the Nürburgring. Compared to the first spy photos part of the camouflage was removed: flanked by the narrow headlights can be seen the brand new grille with a big star. Auto Bild suspects that hidden behind the camouflage is in fact the classic Panamericana grill, which means also the small A 45 is adapted to the AMG brand face design language. The wide track could prove that the Affalterbacher currently working on a new AMG tuned adaptive suspension system including a special race track mode.

The four-cylinder turbo engine is completely new and should crown the series thanks to mild hybrid and e-boost and develop over 400 hp. The two-liter engine in the new model should exceed a power per liter output of 200 hp.

The naming convention of the new top model could also take an interesting turn: German experts suspect that the A 45 with the new generation mutates to the A 50 designation. Between A 250 and A 50 there would be room for a new model, which could be called A 35. This would be powered by a de-tuned version of the 2-liter turbo engine with approximately 280 hp on tap.

This autumn, the new power king in the hot hatch segment will come to showrooms. Auto Bild suspects that the new model will be slightly more expensive than the current Mercedes-AMG A 45, which starts at 51,527 euros in its native market, Germany. 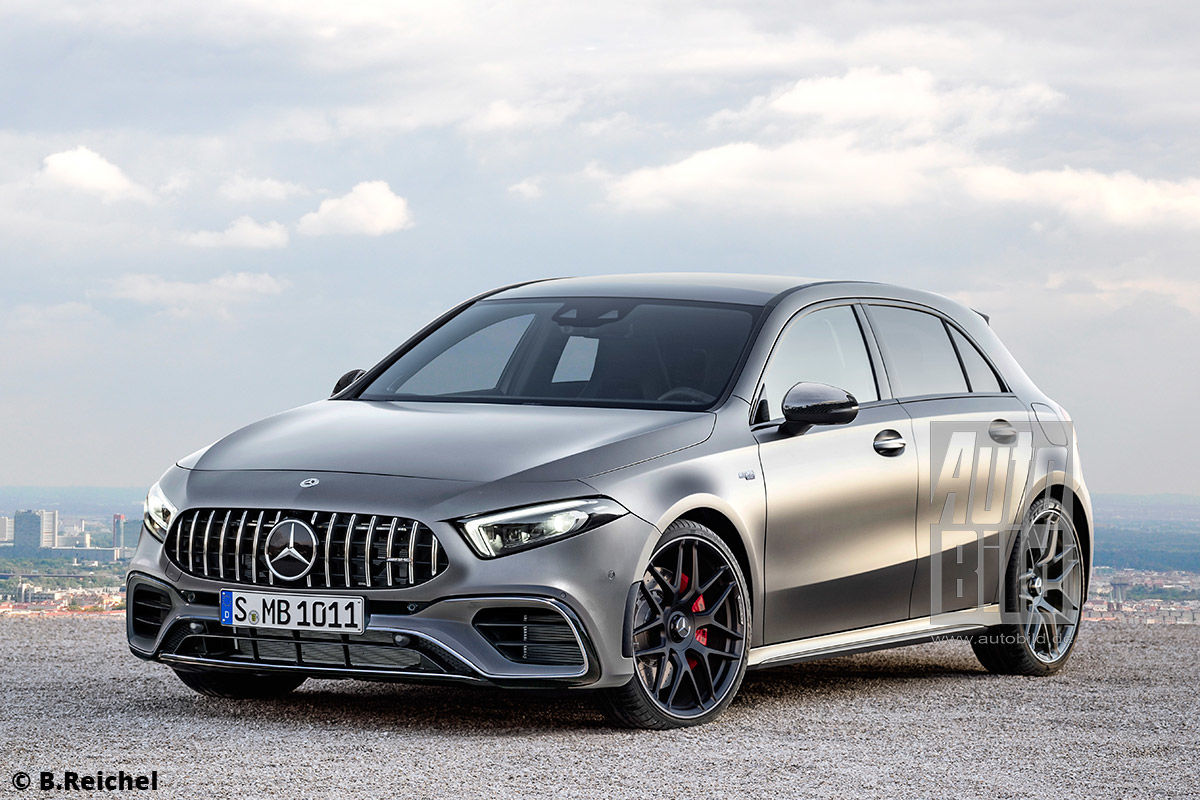