2017 Mercedes S-Class facelift is getting ready to cement even more its leading status sometimes this Autumn. The upgraded model has been spied again and we have all the details.

Back in 2013 Mercedes unveiled the new S-Class at a flashy event hosted by the Airbus delivery center in Hamburg. Now the facelifted W222 series is preparing to reach the market in 2017. New spy pictures show the design of the luxury liner is only undergoing a subtle revision. The biggest change is reflected on the front. There the S-Class will feature newly designed headlights, with three LED upper strips instead of one. The glowing signature stripes inside the rear lamps also seem to get a fresh layout.

In addition, the new Mercedes S-Class will carry the latest generation of multi-beam LED headlights. This system allows the driver to permanently drive with the long phase on – depending on the traffic situation individual LED units are turned off, for example, to avoid dazzling oncoming traffic. Furthermore, particular emphasis will be put on the detection system for pedestrians or animals. 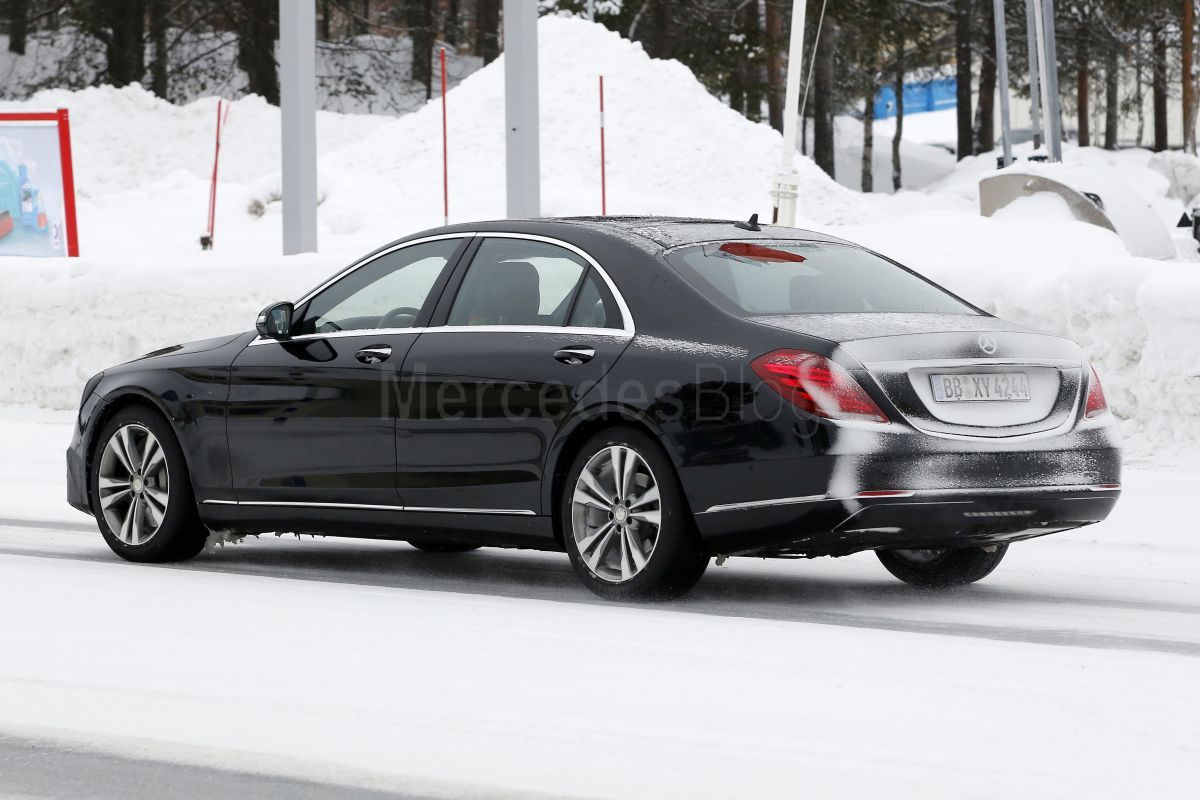 While the exterior of the Mercedes S-class is hardly changed, the Mercedes engineers and designers have given a lot more attention to the interior. The large dual-display arrangement will mimic the new E-Class in layout with the frame becoming slimmer and the mechanical switches separating the display dedicated to the instrument cluster from the central multimedia screen gone. 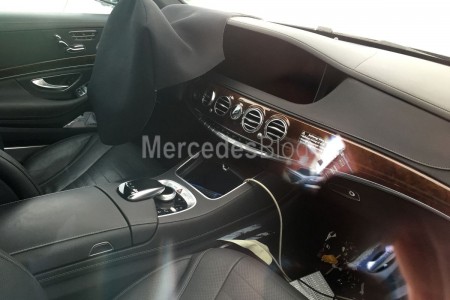 In addition, the occupants may control the Command system via gesture control in Mercedes’ answer to the corresponding feature in the new 7-series BMW.

The engine range remains mostly unchanged, but we do expect an increase in performance and a decrease in terms of consumption and CO2 emissions. Mercedes is also said to go back to its L6 roots with a new generation of inline-six engines, set to be available on the all-new E-Class sometimes this year. The nine-speed automatic transmission will also be offered across the range.