2017 Mercedes S-Class facelift driving report. If Mercedes introduces a new S-Class, it is always something special, even if it is only a comprehensive facelift. Around 6,500 parts will be new to the luxury Mercedes, says Ola Källenius. A few of the changes we have looked at more closely: 10 essential things that auto motor und sport noticed during the first test drive of the S-Class.

1. The S-Class does not really need any model maintenance. Since its launch in 2013 more than 300,000 copies have been sold world-wide, so “S” is by far the most sold luxury limousine in the world. Since the introduction of the S-Class more than 45 years ago, more than four million cars were sold, which is a record that the competition will probably not be able to meet in the future. And still a few figures: Over half of all S-Classes go to China, and there are 15 percent first-time buyers, the big Mercedes S is their first car ever.

2. According to Mercedes, the new S-Class is the world’s first car to be used exclusively for lighting as a light source. Around 500 LEDs should be fitted with the appropriate equipment, 84 of which are the two main headlights when the optional Multibeam light is off, 70 on the two rear lights and the rest illuminates the interior. 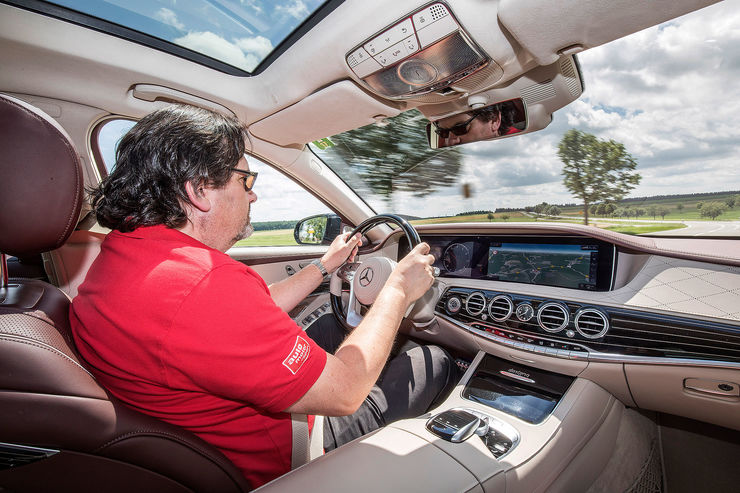 3. Energizing Comfort is a new feature. It interlinks various comfort functions in the vehicle and envelops the occupants with a wellness set-up that is suitable for each mood. Six basic functions are available, with each mixing the right color from the LED palette, a suitable music from the hard disk, the right air-conditioning and temperature control of the heated surfaces and the appropriate massage. For only € 238 Energizing Comfort is included in the price list – the low surcharge presupposes that some more expensive extras such as ambient lighting (476 Euro) or Air-Balance package (440 Euro) are also on board. And do not forget the multicontour seats with massage function front and rear (2.023 and 1.856 euros).

4. The engine range is also new. Curiosity is the new six-cylinder cylinder. Engine engineer Oliver Vollrath is trying not to get too excited when he explains the new engine on the displayed model: 48-volt electrical system, non-rotating crankshaft mounted electric motor, electric auxiliary units without V-belts, electric auxiliary compressor and so on.

5. The great Mercedes glides silently, the six-cylinder runs imperceptibly; Strong, supple and soft. In addition to this, the engine is closely linked to the gas pedal, the electric motor and the supercharger override turbochargers in the torque range: this can also be luxury.

6. Luxury also means good seats, something better than the air-conditioned multicontour with massage function probably does not exist in the four-wheeled world. They pamper the occupants with well-tempered seating cushioning, very good hold and fluffy comfort, which is superclass. 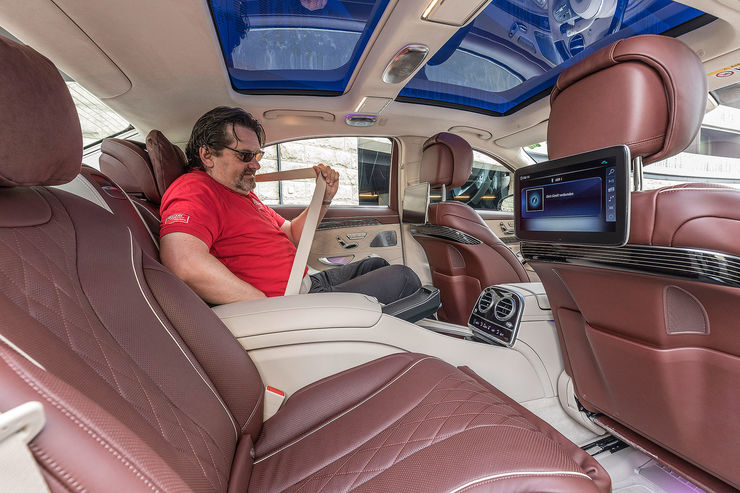 7. There is a lot to use on such a well-equipped car. Touch buttons on the steering wheel now also enter the S-Class. There are two widescreens with 12.3-inch image diagonals, S-Class in cinemascope, so to speak. Whether all this facilitates the operation or not, you can argue about it. In this Mercedes, however, one likes to take a seat in the rear right and use the infotainment with the remote control.

8. Comfort is, of course, also a luxury given. Airmatic air suspension is standard on board. It provides smooth rolling and soft-supple cushioning. The S-Class has a better track record than before. Optional: Magic Body Control and Road Surface Scan. Systems that anticipate ground unevenness and use lateral inclination during cornering in a targeted way to gain comfort. Something anyone else in this class can do. 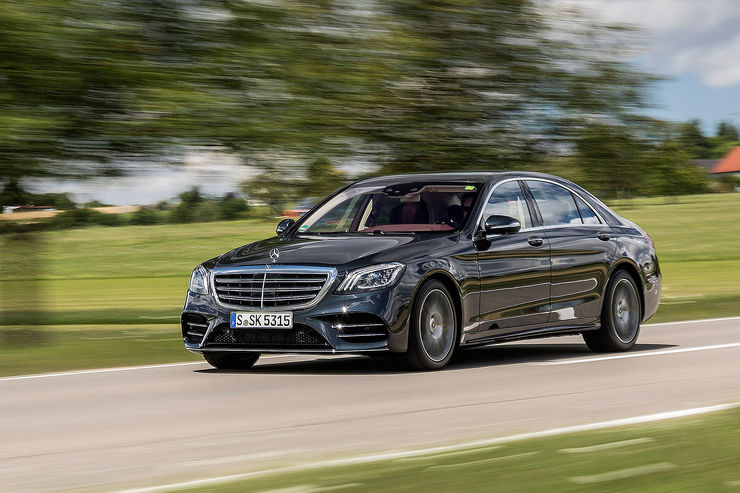 In addition, the range of functions of the Distronic (cruise control with distance radar, etc.) is now enhanced by the use of navigation data to adjust the speed before curves, which worked very well on narrow black forest roads during the first test ride.

10. The range of assistance systems is modular. As standard come Comand Online, the active brake assistant, the sidewind assistant and the traffic assistant. On request there are packages like MIT Distronic, steering assistant, lane assistants or also the mentioned stretch-based speed adjustment can be ordered. Thus, the S-Class inches closer than ever to autonomously mobile luxury limousine. 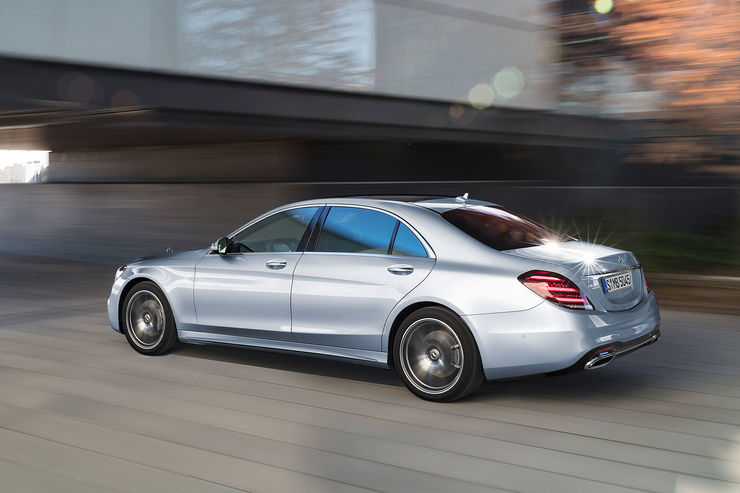