Fresh after its reveal, the 2017 Mercedes GLS hypnotizes us again with its incredibly powerful lines, now detailed in a new batch of official pictures.

The interior was the main focus of the revision campaign, though, making a big step up in therms of fit and finish. For gadget fans Mercedes has grafted an all-new infotainment system lifted straight from the recently upgraded GLE smaller sibling, 8-inch color screen and rotary controller included. 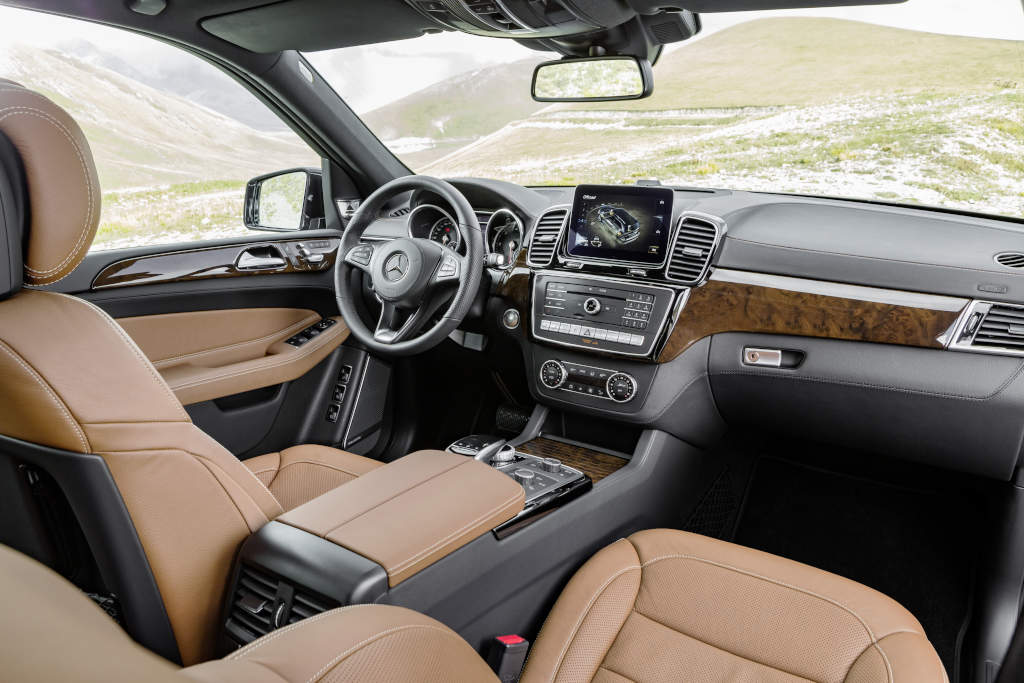 Also borrowed from the GLE is the adaptive drive train and the off-road mapping with its four different settings plus the optional Active Curve system with active anti-roll bars on the front and rear axle and reduces the roll angle of the body during cornering. DYNAMIC SELECT now comes with five or six transmission modes: Comfort, Slippery, Sport, Individual, Off-Road plus the Off-Road+ mode which comes with the optional Off-Road Engineering Package. This brings extended functions for the AIRMATIC suspension, with a ground clearance of up to 306 mm and a fording death of 600 mm.

Tech-wise the engineer’s interference has been less prominent. The GLS 350 d and GLS 63 AMG variants will carry on unchanged alongside the recently introduced GLS 400 equipped with a twin-turbo V6 3.0-litre producing 333 hp. Twenty HP more powerful than before, the GLS 500 will feature the same 4.7-liter bi-turbo V8 as in the S 500, rated at 455 HP. With prices starting at 62,850 euro in Germany, the base GLS 350 d 4Matic is powered by a 3.0-liter diesel V6 good for 258 HP and 455 lb-ft of torque (620 Nm) while the top GLS 63 AMG is still the very definition of opulence thanks to its behemoth 5.5-liter 585 HP, now with a revised AMG SPEEDSHIFT PLUS 7G-TRONIC transmission. 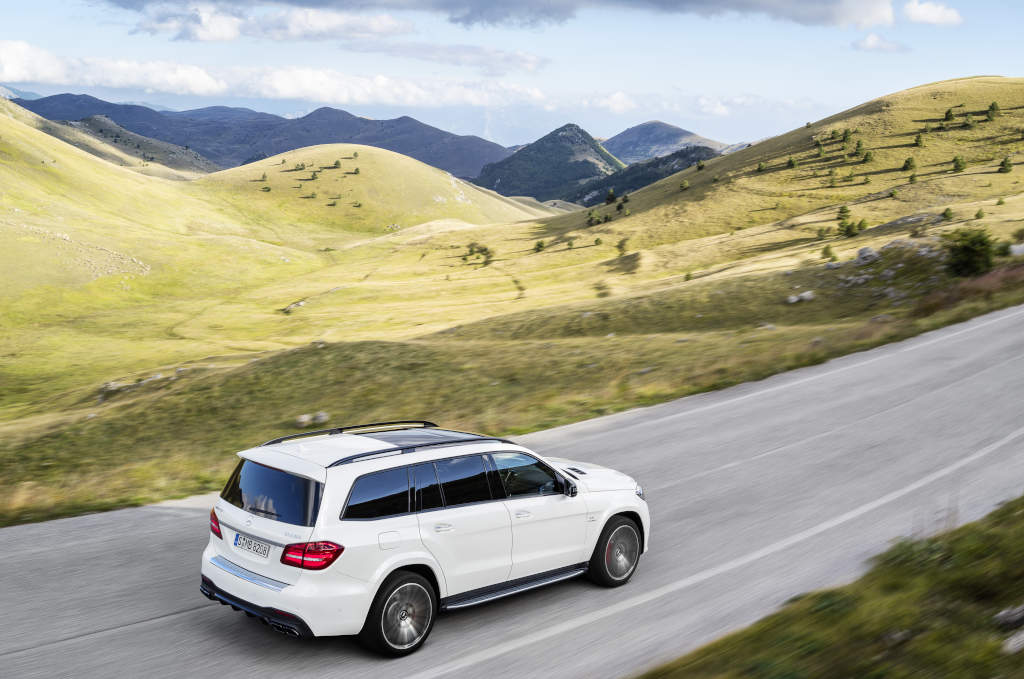 Following its New York motor show public debut this month, the new 2017 GLS will arrive in Mercedes dealerships in March 2016. The order books are already opened!