Mercedes has now begun public testing with the pre-production versions of the 2017 Mercedes GLC Coupe. Here you see the GLC 450 AMG Sport Coupé doing its rounds.

2015 was the year of the SUV with a plethora of launches  ranging from the GLE and GLE Coupe to the GLC and GLS. And the pace is not bound to slow down. Mercedes already has a tight schedule, preparing the launch of its all-new GLC Coupe.

Mercedes prepared us for the swoopy lines of its new SUV this April, when it debuted the GLC Coupe Concept at the Shanghai Motor Show. From the side, there’s no mistaking the GLC Coupe for anything other than a fully-fledged SUV coupe, complete with an elongated roof which flows seamlessly towards the beautifully sculptured back. In C-Class Coupe fashion, the taillight design apes the S-Class Coupe with its two LED upper strips that act as turn indicators.

This prototype is a test version of the GLC 450 AMG Sport, which is evident from the design of the exhaust pipes, wheels and rear spoiler. Under the hood lies the now familiar bi-turbo 3.0-liter six-cylinder engine, good for 365 hp. 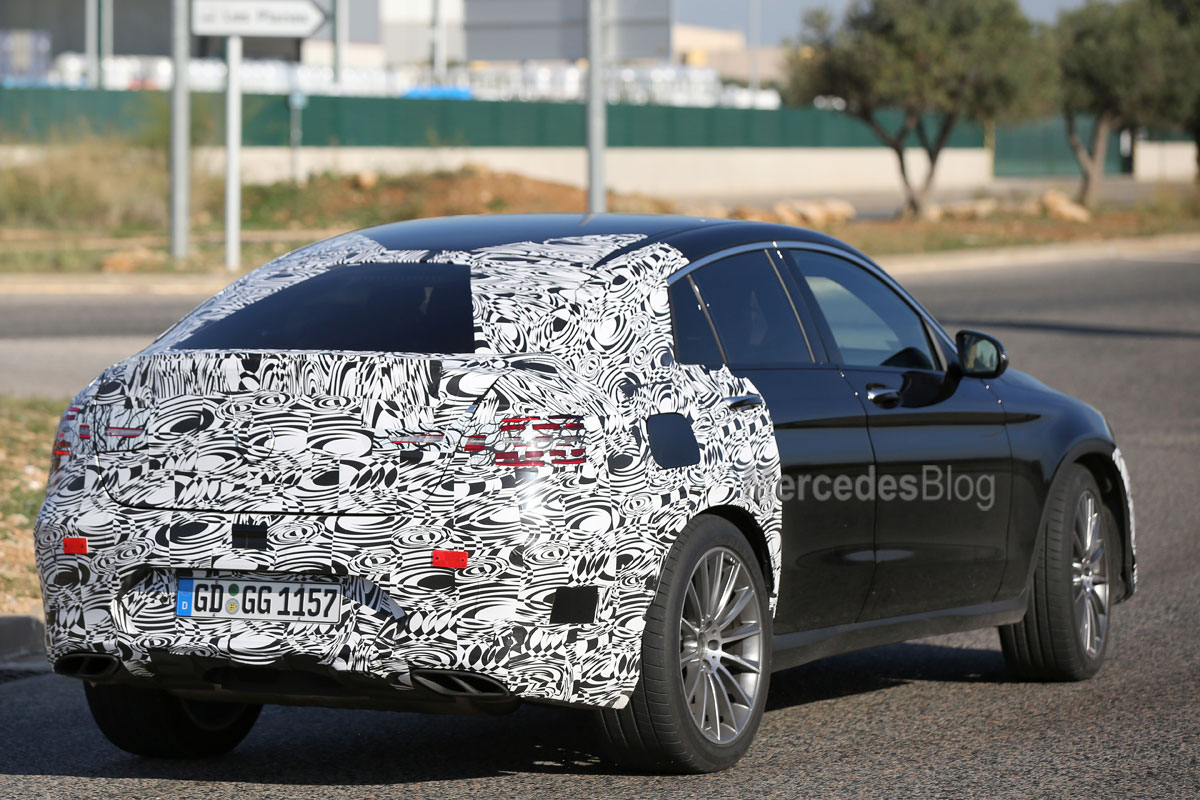 The exact timing of the GLC Coupe’s debut is not yet known. We suspect that the new model will be the main attraction at one of the car shows programmed for  the first half of 2016. So the only viable locations are the NAIAS in Detroit, the Geneva Motor Show or the Beijing Motor Show.