There is life beyond the leaked 2017 Mercedes E-Class. More news from Stuttgart come via Dutch website AutoWeek.nl showing the 2017 Mercedes GLA facelift, caught on camera for the first time.

Mid last year we have seen the facelifted A-class. Hardly a significant makeover, the refreshed model is only recognizable by its new (optional) LED headlights, revised taillights and tailpipes at the rear. Following the A-Class, both the CLA and the GLA are bound to receive similar changes.

As was the A-Class’ case, we also expect the GLA to feature only marginal styling modifications. However, there will be some news regarding the engine range. The A 160 will take its place at the bottom of the line-up as the new entry-level A-Class model. The 102 hp four-cylinder will be positioned under the 180 on the price list. The top of the line Mercedes-AMG GLA 45 variant will get an important power boost, delivering 381 hp instead of 360 hp.  Its turbocharged 2.0-litre four-cylinder petrol engine gets new mapping and higher boost pressure.

The suspension setup is also new with an adaptive setup offered for the first time, allowing the driver to modify the vehicle’s damping characteristics using the DYNAMIC SELECT switch in two modes, Comfort and Sport. Dynamic Select will now be standard alongside both manual and automatic (7G-DCT seven-speed dual-clutch) variants, except base engines. The system adjusts the response of the engine, transmission, suspension, steering and air conditioning in four driving modes: Comfort, Sport, Eco and Individual. 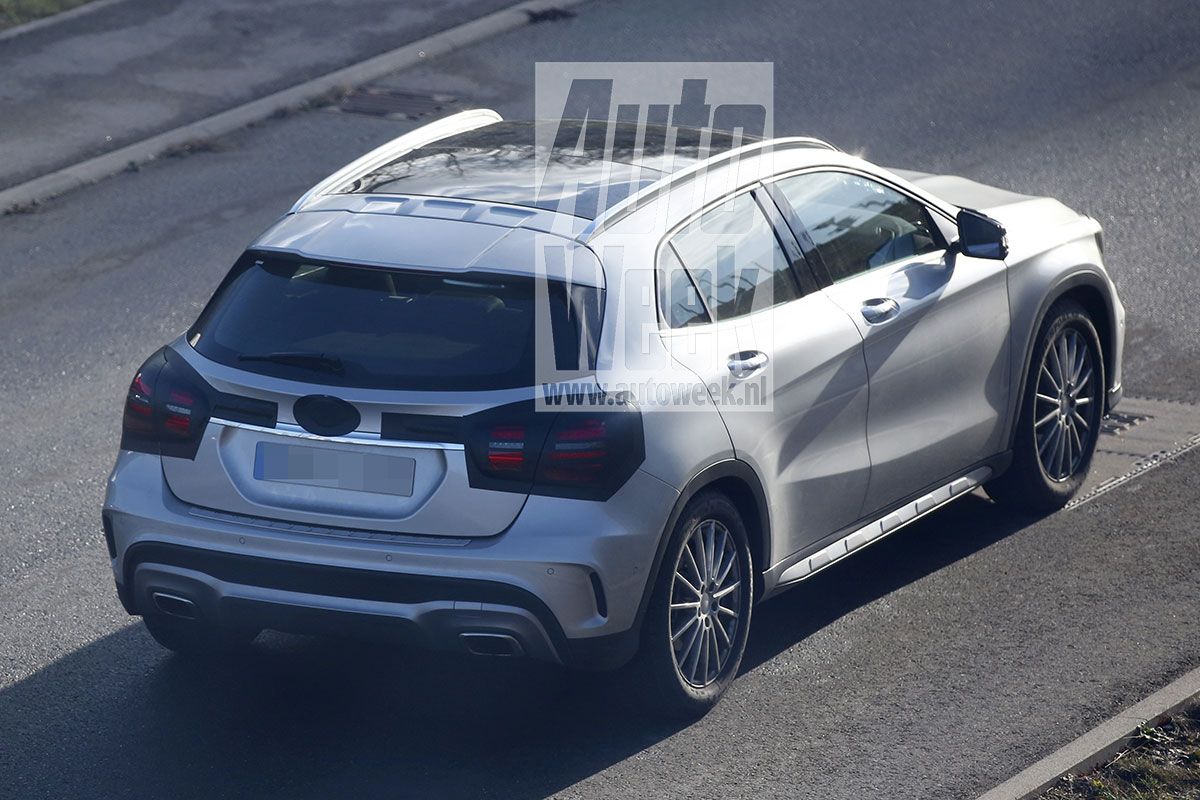 The interior features new materials and fresh instrument cluster alongside an optional larger display. In addition, the infotainment system will become compatible with the latest crop of smartphones and offer Apple and Google MirrorLink connectivity.

The launch date for the facelifted GLA is not yet official but we can point that the CLA facelift will come to the showrooms first. Therefore we can expect to see the refreshed GLA in the second half of this year.