2017 Mercedes E-Class is probably one of the worst kept secrets in Daimler’s history. Now, official artwork reveals the final design cues of the new fifth-generation E-Class.

Oops. Apparently, the official reveal of Mercedes E-Class’ interior gave room to a surprise error. Photos showing the dashboard design creation process also give us the first glimpse on the side-line and front-end look of the production ready sedan. In the background, someone must have forgotten to clear away the images of the E-Class.

Following numerous spy pics, this is certainly not out first look at the E-Class. What the new pics show for the first time, though, is the precise shape of the grille, headlights and greenhouse. In fact, Mercedes plans two distinct front-end treatments. A traditional chrome grille is set to adorn the basic models with a more sporting blade grille reserved for the sportier Avantgarde line. 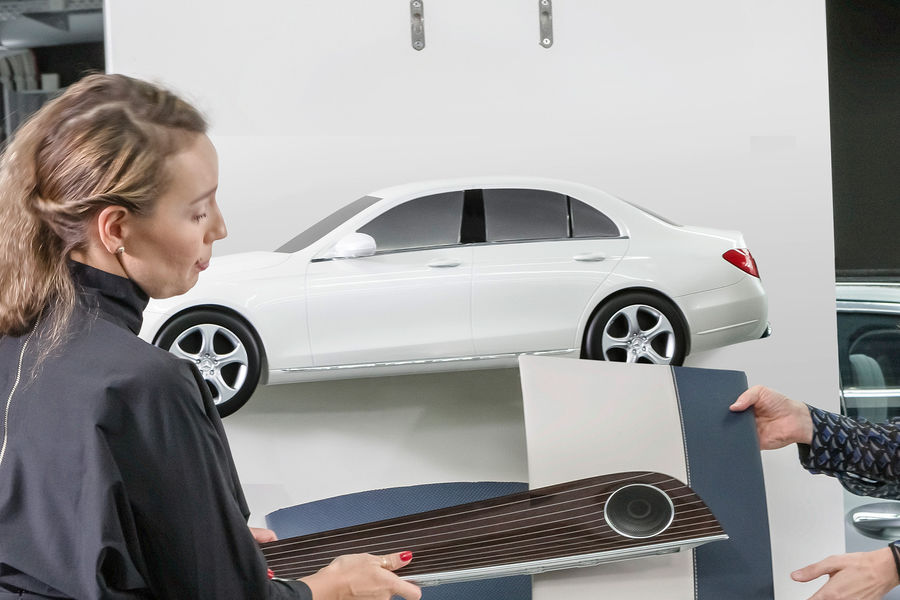 Underneath the all-new 2017 Mercedes E-Class sits the MRA modular platform, slightly extended compared with the smaller C-Class for superior interior space. The fresh engine range will feature an all-new family of modular units, three-, four-, and six-cylinder units constructed from a multiple of identical 0.5-liter cylinders. A new family of 3-liter twin-turbo inline-6 engines, codenamed M256, will make its first appearance alongside the new E-Class, while an all-new generation of diesels (OM654) are set to replace the current OM 651 range. The all-new 9G-Tronic nine-speed automatic transmission will also feature prominently in the line-up.

The official unveiling is already set in stone for the 2016 Detroit motor show, next January.