Mercedes C-Class Cabrio inches closer to its 2016 debut. Until then, an endless array of spy pictures reveal, bit by bit, the final design cues of Mercedes’ entry-level drop-top.

Following the move upmarket for the future E-Class Coupe and Cabrio models, Mercedes’ new C-Class Cabrio will inherit the MRA platform of the current C-Class sedan.

Since the bigger E-Class Coupe will move upmarket and inherit the upcoming E-Class’ foundation – in fact a variation of the same MRA sporting bigger tracks and wheelbase, the upcoming C-Class Cabrio will rival the Audi A5 cabrio and BMW 3 Series cabrio with the former set to receive an all-new generation as well sometimes next year.

Mercedes has opted for a canvas roof, keeping the weight in check due to the lower complexity of the system. Relying heavily on the gorgeous all-new C-Class Coupe for inspiration, the future C-Class Cabrio can only up the ante with even sleeker proportions, thanks to the elongated profile instilled by the disappearance of the fixed roof. 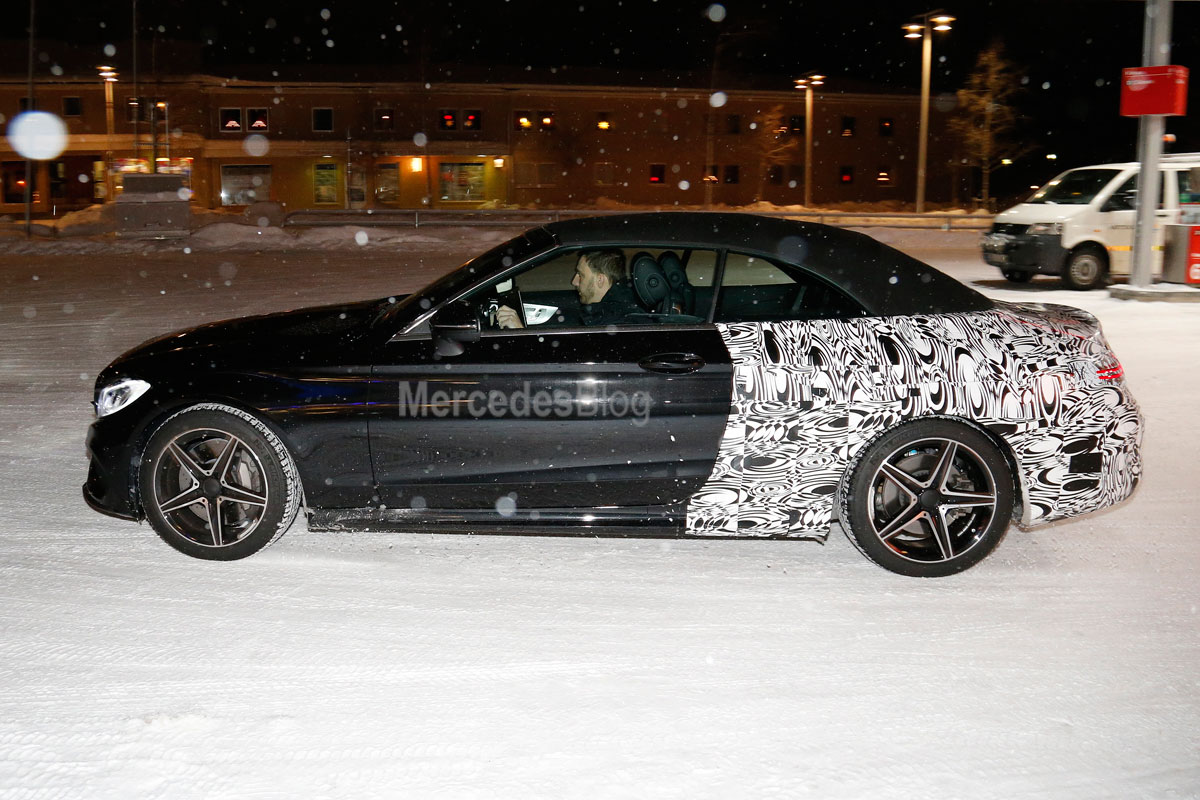