The 2017 Mercedes-Benz E-Class All-Terrain blurs the lines between traditional on-road biased luxury estate and mud-slinging premium off-roader. Our British colleagues from Autocar have already gotten an early passenger ride in the new estate and these are their impressions.

The E 220 d 4Matic All Terrain prototype we’ve been invited to ride in is close to 100% representative of the definitive production version. “We haven’t just added ride height,” says the man behind the steering wheel, Hubert Schneider, manager of overall testing strategy for the E-Class, CLS and GLC. “We’ve also done a lot of detailed work altering the characteristics of the Air Body Control suspension and tweaked the 4Matic four-wheel drive system to ensure it provides genuine dual role characteristics.”

Indeed, the E-Class All Terrain’s standard Air Body Control suspension – an option on the standard E-Class Estate – has been individually tuned for the new model with unique mapping and load rates. While the overall travel remains the same with 100mm up front and 85mm at the rear, the 9mm higher aspect ratio of the tyres adds a further layer of compliance, providing the car with even more soothing qualities than that of the standard E-Class. Bump absorption is outstanding, as is the ability of the underpinnings to suppress road noise. 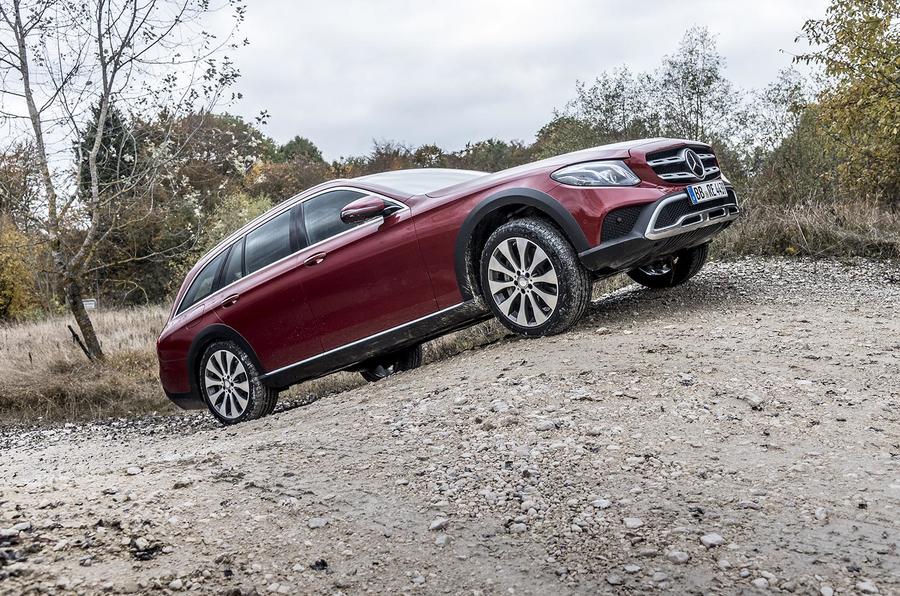 Power for the new model hails from Mercedes-Benz’s new turbocharged 2.0-litre four-cylinder diesel. This OM654 unit provides the E 220 d 4Matic All Terrain with 191bhp and 295lb ft of torque on a relatively narrow band of revs between 1600 and 2800rpm. Drive is channelled through a standard nine-speed torque converter-equipped automatic gearbox and a specially tuned version Mercedes-Benz’s 4Matic four-wheel drive system.

The test route included a variety of different road surfaces, including loose chip, gravel, the obligatory sludge and a couple of moderately deep water crossings. With the four-wheel drive system doling out power to either the front or rear depending on prevailing grip, the E-Class All Terrain makes light work of the variety of different roads. Traction remains strong despite challenging conditions, allowing us to retain good momentum even when we’re faced with steep inclines, muddy holes and, at one point, an creaky old bridge once used for military rescue training.

Progress on more demanding trails is aided by the All Terrain driving mode. It can be activated at speeds of up to 22mph, providing the car with an additional 20mm of ride height via the Air Body Control suspension for a total of 160mm of ground clearance. Thus configured, the E-Class All Terrain has respective approach and departure angles of up to 18deg and 17 deg as well as a maximum fording depth of 300mm, which is sufficient for it to easily handle our series of water crossings. An optional digital display within the E-Class All Terrain’s vehicle settings menu provides information on the angle of attack, which at one point reaches more than 50deg on a particularly slippery incline of wet, hard-packed gravel. 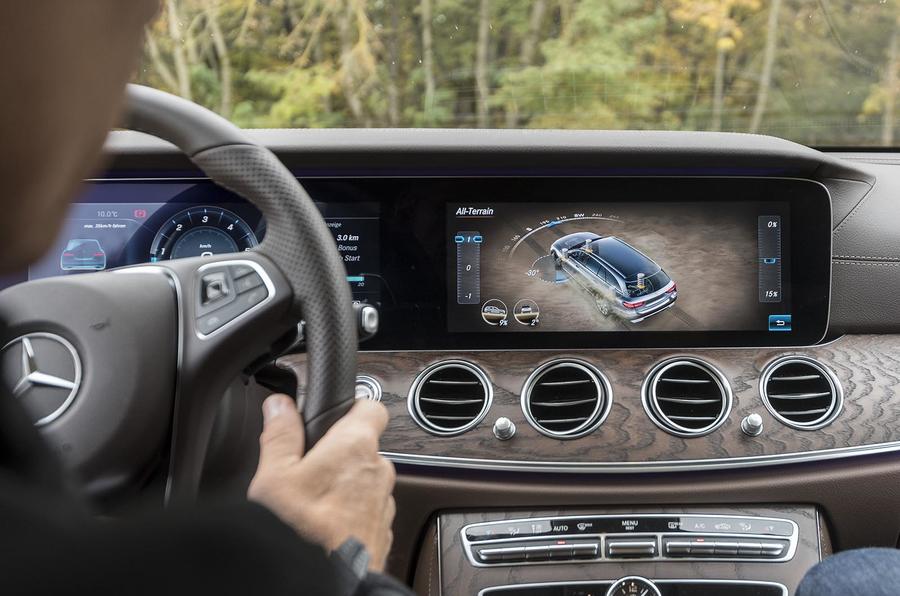 It doesn’t take long in the off-road conditions to come to the conclusion that the E-Class All Terrain will go places that would stop the standard rear-wheel drive E-Class Estate dead in its tracks. Even with only a moderate increase in ride height, the changes to the All Terrain’s four-wheel drive system allow a full apportioning of available power to the front or rear wheels rather than just a partial sharing of drive, endowing it with the ability to take you places most potential buyers would never dream of tackling.

Following our off-road excursion, an extended on-road route in the E 220 d 4Matic All Terrain takes us on a combination of multi-lane autobahns and smoothly paved two-lane country roads. You get a slightly more commanding view thanks to the nominal 20mm increase in ride height, but apart from this it’s virtually indistinguishable from the standard E 220 d Estate from a passenger’s point of view. 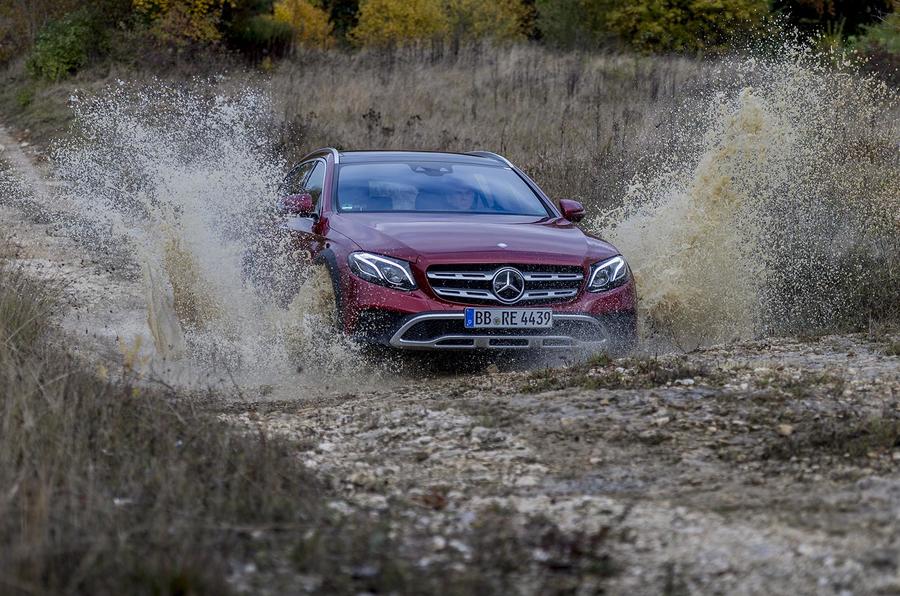 With limited ground clearance and an obvious lack of scratch production along its flanks, however, the E-Class All Terrain is never going to forge its own progress across uncharted territory in the way a tougher and truly dedicated off-roader like its stablemate, the iconic military-grade G-Class, might.