The Q5 is the oldest Q in the Audi range, but that is about to change this August. Until then, our spy photographers have once again caught the new generation 2017 Audi Q5 on camera.

Without doubt, Audi will want its new Q5 to seamlessly connect with the rest of the range. The current generation is (both from the front and from the rear) a typical Audi and the second generation does not seem to deviate from that image.

We see a disguised Q5 (though much thinly) with a familiar front on which Audi has placed its new, angular styled light units. Also at the rear, the 2017 Audi Q7 gets slightly sharper lines. Like the new A4, the Q5 will be based on the MLB Evo platform, a move that will result in a weight saving of about 100 kg in respect to the current version. Under the hood we expect to encounter the familiar TSI and TDI engines in several varieties, including the current 2.0 TDI or 3.0 TDI V6 units.

The Q5 in the picture seems to have to do without exhaust pipes, which may indicate that we are already looking at the e-tron (plug-in hybrid) which fuses electric and petrol power for impressive efficiency numbers and performance figures with an expected electric range of around 45 kilometers (30 miles). 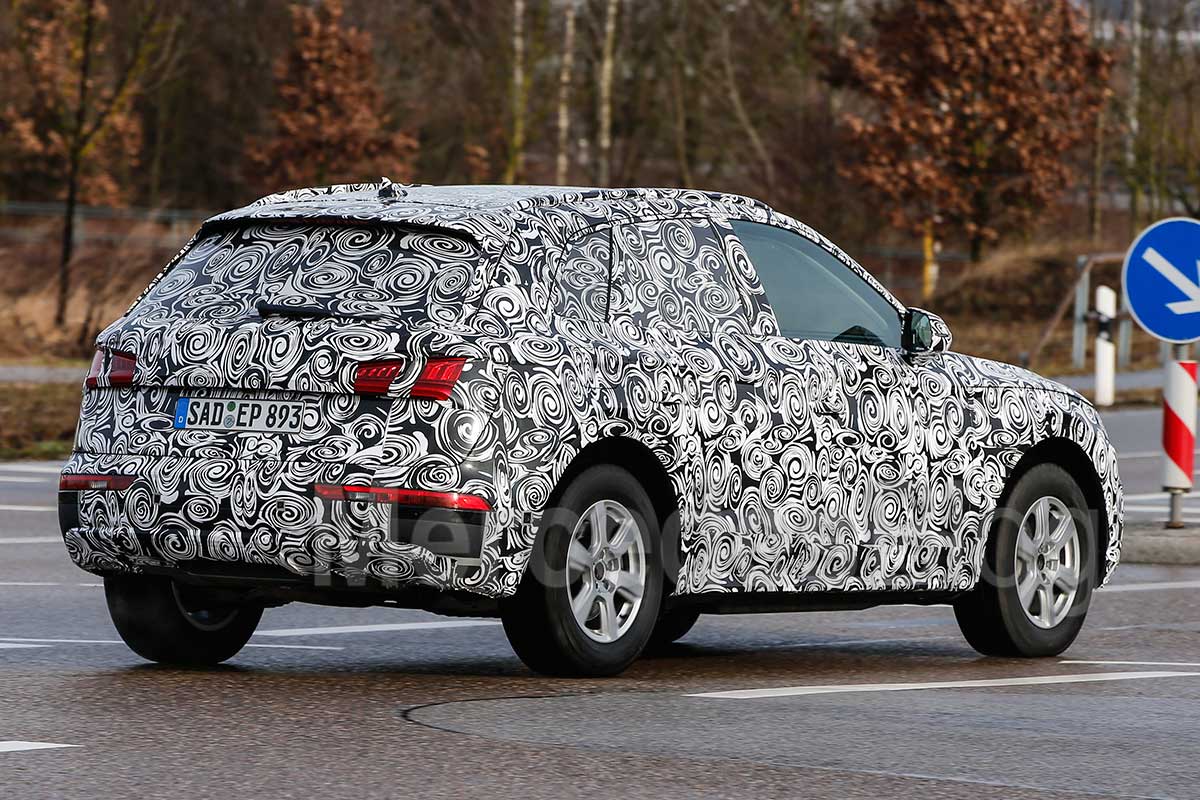 The interior is expected to follow both the new Q7’s as well as the new A4’s in terms of styling. You’ll see the latest generation of the MMI together with the all digital Virtual Cockpit we’ve first seen on the TT. All in all the Audi Q5 will have the modern/techy look the Ingolstadt marque has accustomed us with in the later years.

Set to debut mid-2016, the new Audi Q5 will be offered in both all-wheel drive quattro and front-wheel drive versions.