2016 Mercedes-Benz GLC is one of the most talked about SUVs these days. Our colleagues from auto-motor-und-sport have went one step ahead and pitted the GLC against its two arch-rivals, the Audi Q5 and the BMW X3 with four-cylinder diesel engines and all-wheel drive.

Pop culture says SUVs are the ideal all-rounders, but preferences differ. Just like the actual age of the contenders. Launched all the way back in 2008, the Audi Q5 is the oldest car in this trio. It still seems competent and balanced enough to tackle its younger adversaries, though. In sense of space and clever solutions it’s still capable of giving lessons. The Q5 is the only model here which for 200 euros extra offers a sliding rear bench (100 mm in length) with variable backrest angle and for 150 euros more a folding front passenger backrest as well. In return, you’ll have to live with the less intuitive operation of the controls and the rather outdated safety and assistance features. Plus the rather sluggish material appearance, according to Audi’s own imposed high standards. 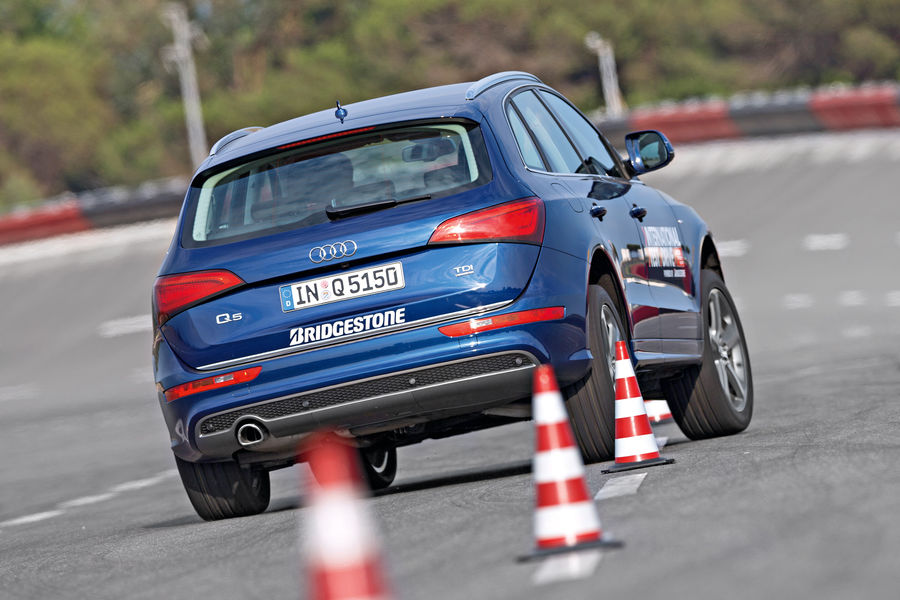 Nor is it the most powerful of the three, its two-liter TDI with 190 hp and 400 Nm of torque being slightly outpaced by the Mercedes. Its performance is hampered by the car’s hefty weight (1.933 kg) while the S tronic gearbox is generally lethargic and is best left in automatic mode, though even so not capable of concealing its noticeable hesitation. Here, the test car comes with S-line sports package and 20-inch wheels, in addition to the permanent all-wheel drive and the optional suspension with adaptive dampers (1,100 euros) and five driving modes – from “comfort” to “individual”. 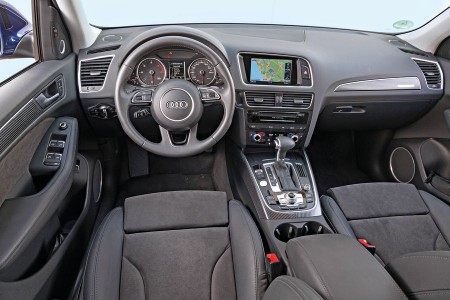 No surprise then that the Q5 sweeps discreetly, safely and fairly comfortable on winding country roads, tackling corners pleasingly neutral, directly and without strong body movements. The steering could offer more feedback and the wind should definitely flutter a little less around the large door mirrors, but otherwise the Audi shows no real weaknesses. By contrast, his greatest strengths are easily spotted – the range of nearly 1,000 km, and the very good, stable braking.

BMW X3 on the other hand remains the darling of passionate drivers. And it couldn’t be otherwise. With its nimble handling and direct, precise steering, the X3 follows rigorously the chosen course. It also helps that the tail-oriented interpretation of the xDrive all-wheel drive system preferably sends the torque to the rear axle. 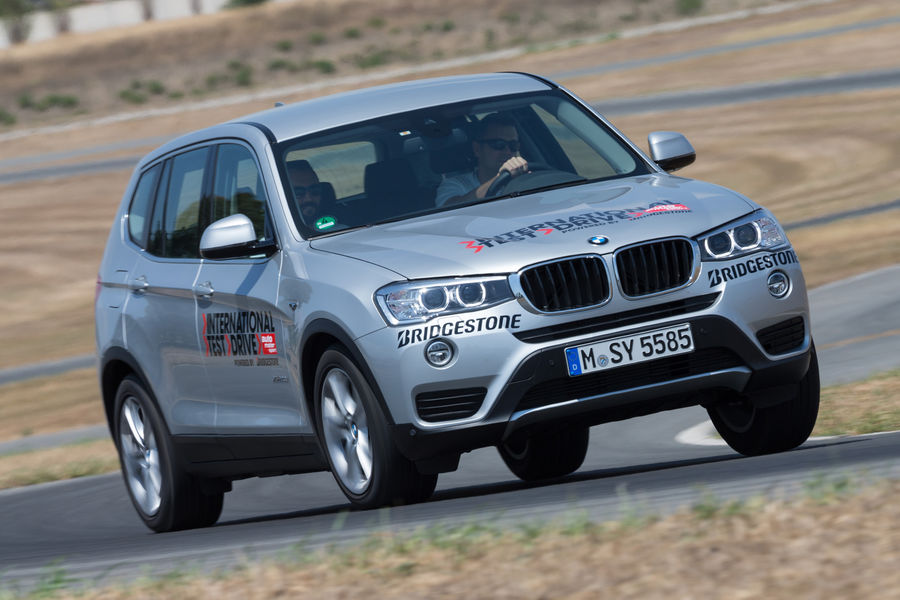 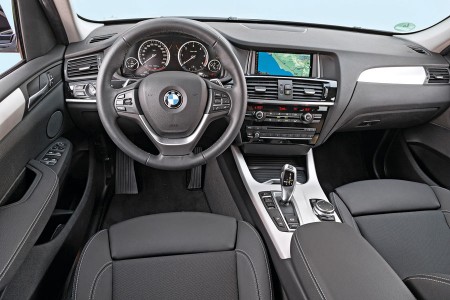 Of course, the X3 is not without its flaws. The seating position is too high and the Sport seats are only optional. Rear passengers sit on a deep and hard bench with knees bent strongly and, despite the adaptive dampers (1,100 euros), must put up with more shocks than ideal. In addition, the X3 offers a little less sitting room and interior width than its rivals. In return, the iDrive system takes the icing on the cake with its logical operation via the familiar rotary controller.

And although its two-liter diesel engine matches the Audi in power and torque, in reality the car moves much faster, not least thanks to the nimble and fast switching eight-speed ZF automatic gearbox. However, despite the lowest curb weight (1837 kg) the X3 sips the most fuel in this test. In the end it edges the Q5 in terms of driveability and costs. 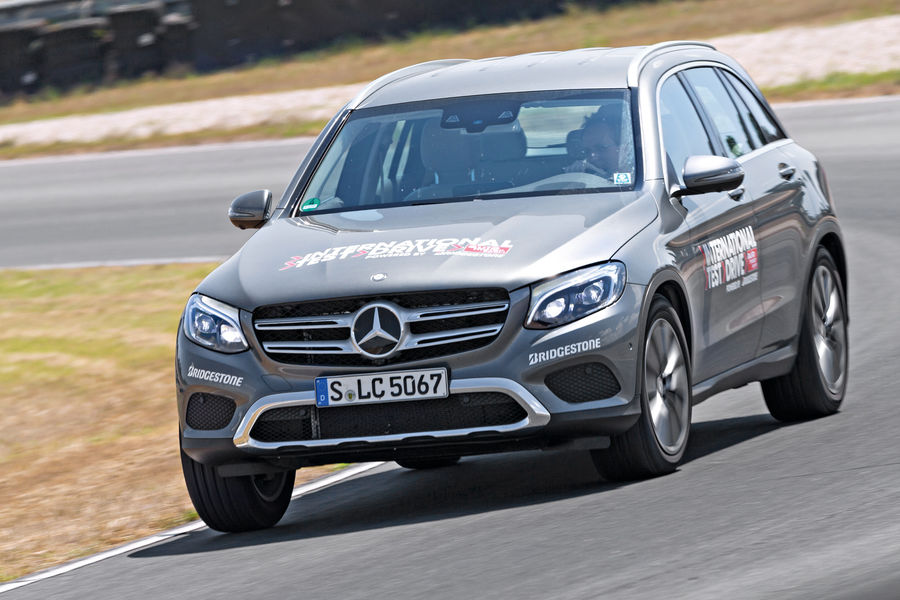 What about the 2016 Mercedes-Benz GLC, then? The 250 d 4Matic tested here shows its confidence right from the beginning with its extensive extras on board to assistance and infotainment systems usually found one class above, although the most expensive as well. Mercedes even offers a competent off-road engineering package with Hill Descent Control, five all-terrain driving programs and rear under-run protection (702 euros) and AIRMATIC air suspension (2,261 euros).

An investment that is worthwhile, because the adaptive air cushion can swallow the worst road bumps gently wafting along, without any noises. Comfort is king. The comfortable seats make a seemingly unbeatable team with the well-insulated suspension to hide road and wind noise, putting the GLC ahead of its two rivals in this respect. Even the usually rough-sounding 2.1-liter diesel is surprisingly pleasing acoustically and hardly recognizable as a diesel engine. 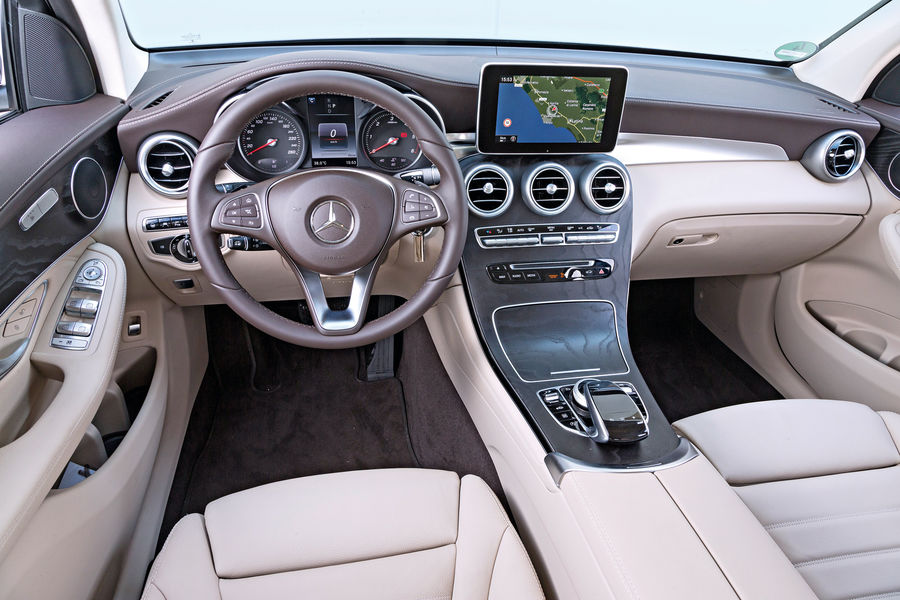 Incidentally, the GLC 250 d is also noticeably more powerful, offering 14 hp and 100 Nm more than its competitors, thus feeling the most determined and punchy of the trio, all while remaining very relaxed when the tempo is not too alert. Finally, the new nine-steps automatic transmission changes gears more willingly than its 7-speed predecessor, though not too frantically hunting for the right gear, making only little, very inconspicuous speed jumps that ensure the twin-turbo four-cylinder always operates in the optimum range. This also benefits the fuel consumption, which in the test was recorded at 7.8 l/100 km. Even with the small standard fuel tank (50 liters) the GLC still has a good 600 km range. Nevertheless, the 66-liter version (60 euros) should be standard. 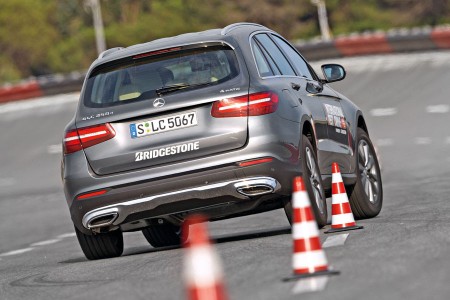 Is there an Ahile’s knee, then? The little stimulating handling seems to be the most obvious culprit here with the 2016 Mercedes-Benz GLC happy to fit its bill as the comfort-oriented premium SUV. That’s not to say the GLC is in any way dull. On the contrary. Its steering is quite lively, as a matter of fact, while traction and stability are always up there with the best in therms of sportiness. Space is also paragon for Mercedes. Now 12 cm bigger, the GLC offers more room – in all directions; than any of its direct competitors, easily qualifying as the best deal in the segment. Anything but a victory would have been disappointing against the five and seven years older rivals.