2016 A-Class facelift has already been unveiled ahead of its Frankfurt motor show debut. Now, Mercedes is giving us a better look at the updated baby Benz via no less than 83 fresh official photos.

Maybe the most important addition to the A-Class features list is the all-new suspension with Adaptive Damping System. The option is well worth the 892.50 euros asking price, allowing the driver to modify the vehicle’s damping characteristics using the DYNAMIC SELECT switch in two modes, Comfort and Sport.

Dynamic Select is standard for A 200d 4Matic, A 220 4Matic, A 220d, A 220d 4Matic, A 250 4Matic, A 250 Sport an A 250 Sport 4Matic, as well as for all A-Class models equiped with the 7G-DCT gearbox or the AMG Line package with lowered suspension. The system adjusts the response of the engine, transmission, suspension, steering and air conditioning in four driving modes: Comfort, Sport, Eco and Individual. For all other engine variants, except the two BlueEFFICIENCY Edition models, Dynamic Select costs an additional 95.20 euros. In combination with 7G-DCT dual clutch transmission the A-Class has Launch Assist. 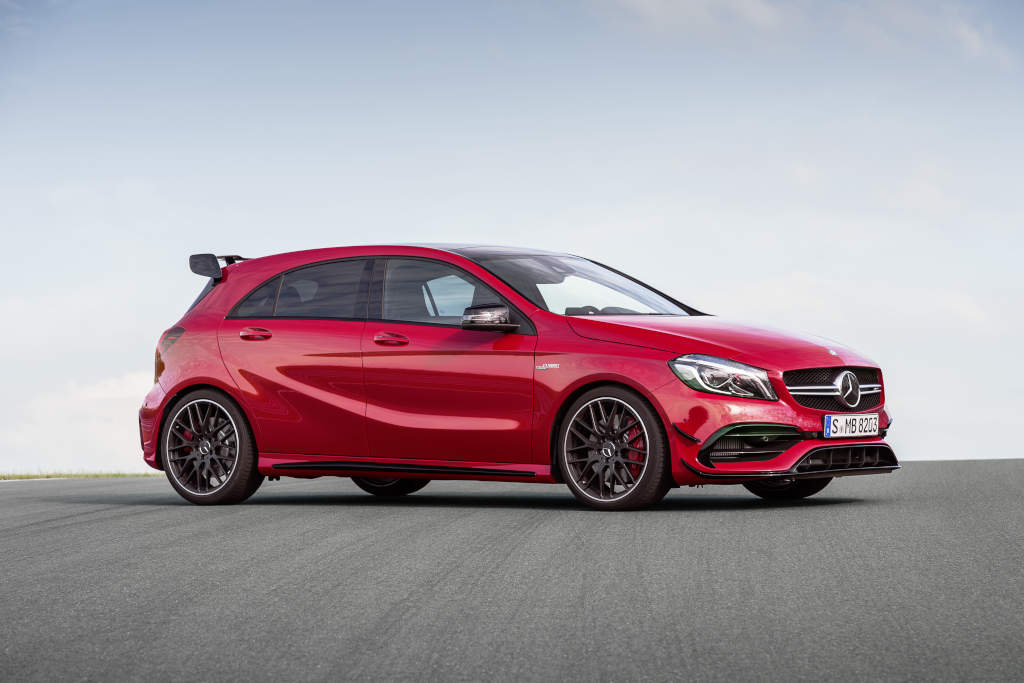 Other news in the model range include a new entry-level model. Called the A 160, this new base A-Class offers 102 HP/180 Nm and is powered by the same 1.6-litre turbo engine found in the A 180 variant. 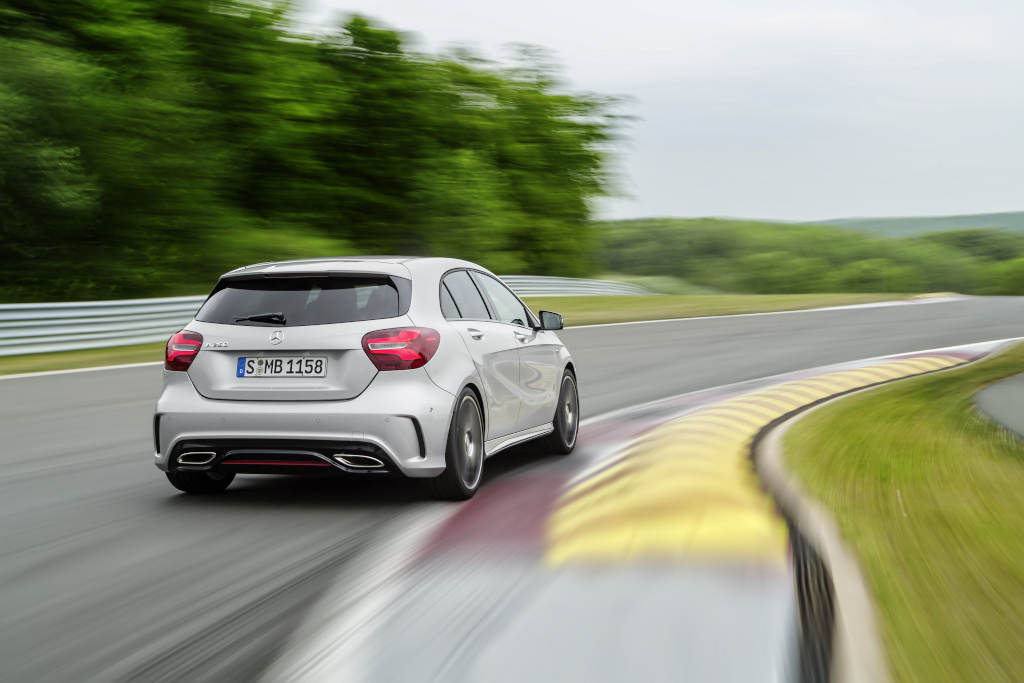 As tradition dictates, Mercedes-Benz also offers a special launch edition, called the “Motorsport Edition”. Available for all engine variants from A 200/A 200 d upwards, although not for the fully-fledged Mercedes-AMG A 45 4MATIC as well, it is set to increase the A-Class bill with 4849.25 to 6307.00 euros.

Tech geeks should also rejoice as the A-Class is the first model in Mercedes’ range offered with Apple CarPlay and MirrorLink phone integration, from early 2016, alongside an all-new infotainment system.

Commercial debut for the facelifted A-Class is slated for the end of September, in Europe. 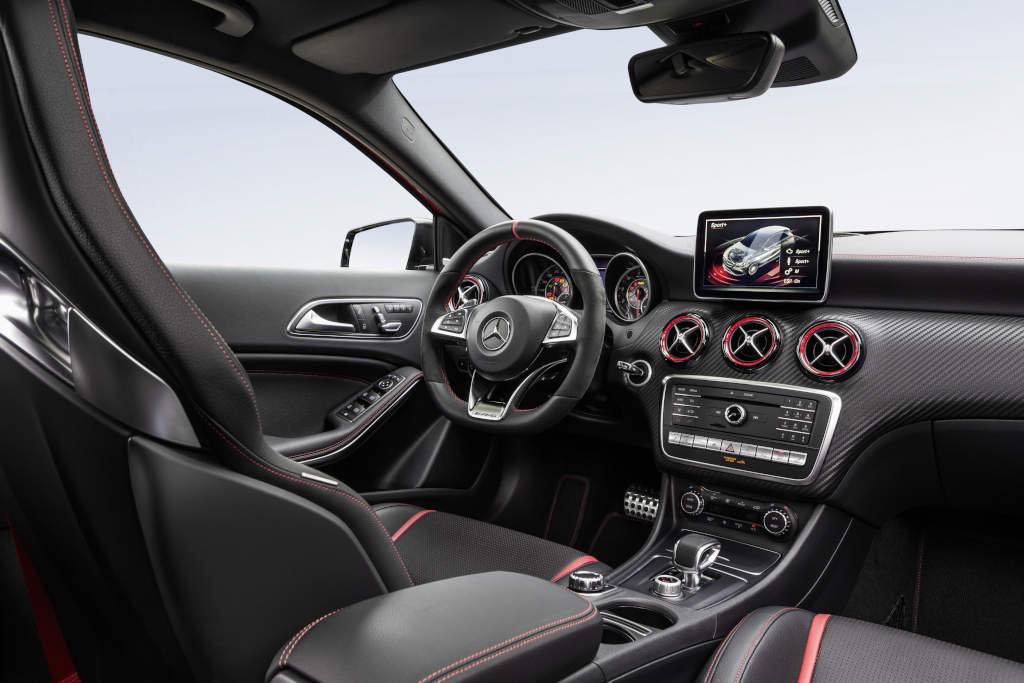