Mercedes-Benz celebrate 20 years since the launch of the Mercedes M-Class, the first luxury SUV from the market.

Mercedes-Benz has anticipated better than any rival the enormous potential of the sporty vehicles for sport and recreation. It was in the early 1990s when Mercedes has decided to enter in a completely new segment.

The key aspects of this vehicle concept were defined in 1993. Three years later, Mercedes-Benz presented the near-series study “AAVision” at the North American International Auto Show (NAIAS) in Detroit. The name of this concept car referred to the segment of “All Activity Vehicles” (AAVs), later to become commonly known as “Sport Utility Vehicles” (SUVs). You can see here the highlights of what we can call the grandfather of the modern luxury SUVs.

The AAVision has metamorphosed in series production into Mercedes ML or Mercedes M-Class (Mercedes can use the name M-Class but not M following by the number which indicate the type of the engine because BMW own the M badge for its sporty models) and was presented in world premiere in January 1997 at Detroit Auto Show.

The Mercedes M-Class represent a milestone in the Mercedes-Benz history. It was the first Mercedes passenger car produced in a factory outside Germany. The factory from Tuscaloosa, Alabama, USA, was inaugurated officially on May 21, 1997, in the same day when Mercedes present officially the new SUV. The production has started on February 1997 with only one version – ML 320.

The first Mercedes M-Class has became an international star playing an important role in the movie serie The lost world: Jurassic Park directed by Steven Spielberg, with Jeff Goldblum and Julianne Moore.

The first SUV from Mercedes, code name W163, featured an independent front and rear suspension and a separate frame like its professional brother, the famous G-Class. The permanent all-wheel drive also differed from conventional systems: the M-Class dispensed with conventional differential locks, instead using an improved version of the Electronic Traction System ETS. If a wheel starts to spin on a slippery surface, ETS brakes that wheel until a certain prescribed speed difference is reached. This increases the drive torque to the wheels that still have good road adhesion. Acting together, the independent suspension and ETS optimise the handling safety and stability of the M-Class, both on and off the road. 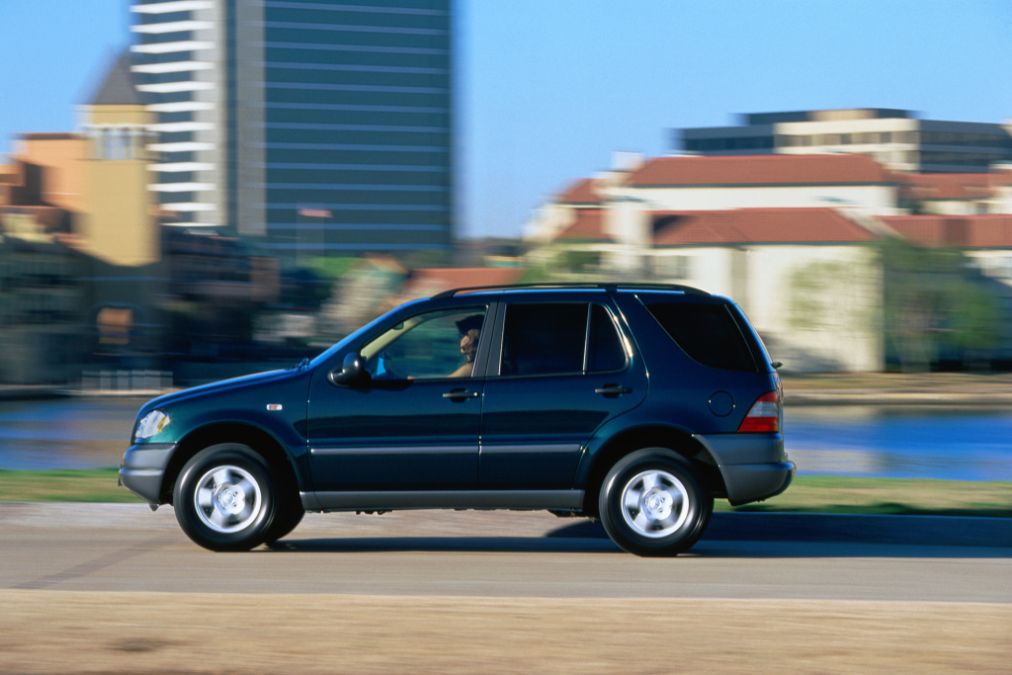 Because the demand for the new model series was correspondingly strong, the M-Class was also produced at the Graz plant of Steyr-Daimler-Puch AGin Austria since 1999 to 2002 along with the legendary G-Class.

The second generation, W164, was launched in 2005 and in contrast to the first M-Class with its frame structure of enclosed box sections, the W 164 was of unibody construction. 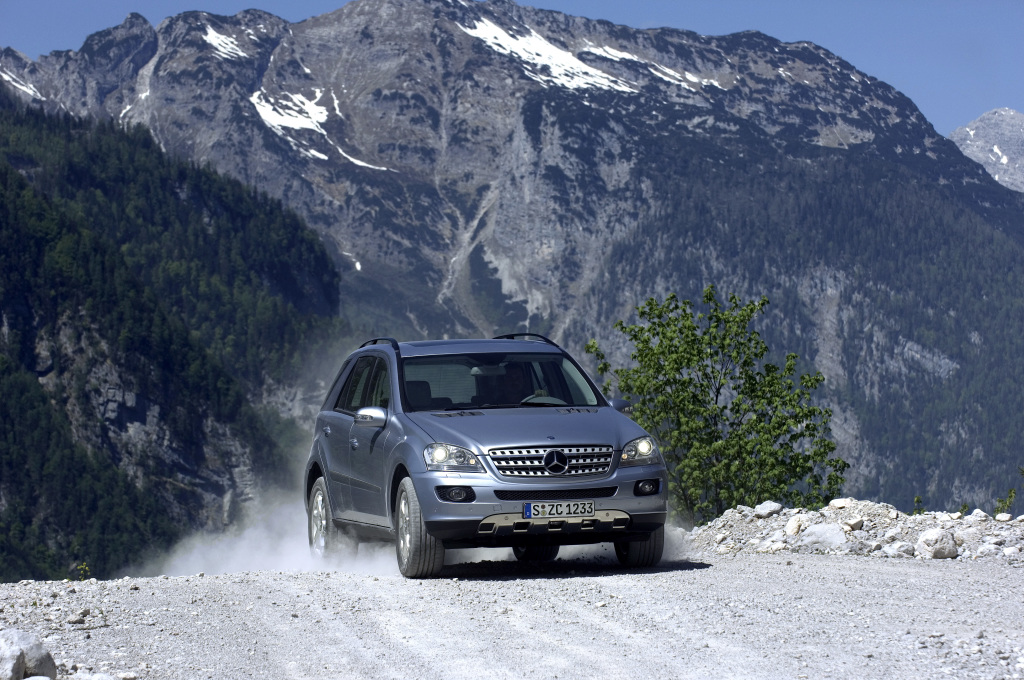 The range of engine variants extended from the ML 280 CDI 4MATIC 190 HP to the ML 63 AMG 4MATIC 510 HP with a four-valve V8 engine and intake manifold petrol injection. At the 2009 New York International Auto Show, Mercedes-Benz presented the ML 450 HYBRID developed for the US market. This combined a V6 petrol engine with two electric motors to deliver a system output of 340 HP. In the same year the one millionth M-Class left the production line in Tuscaloosa.

The third generation of the M-Class, the W 166, celebrated its premiere at the 2011 International Motor Show (IAA) in Frankfurt/Main. The main development focus was on even greater fuel efficiency, further improved ride comfort on and off the road, and innovative assistance and safety systems. 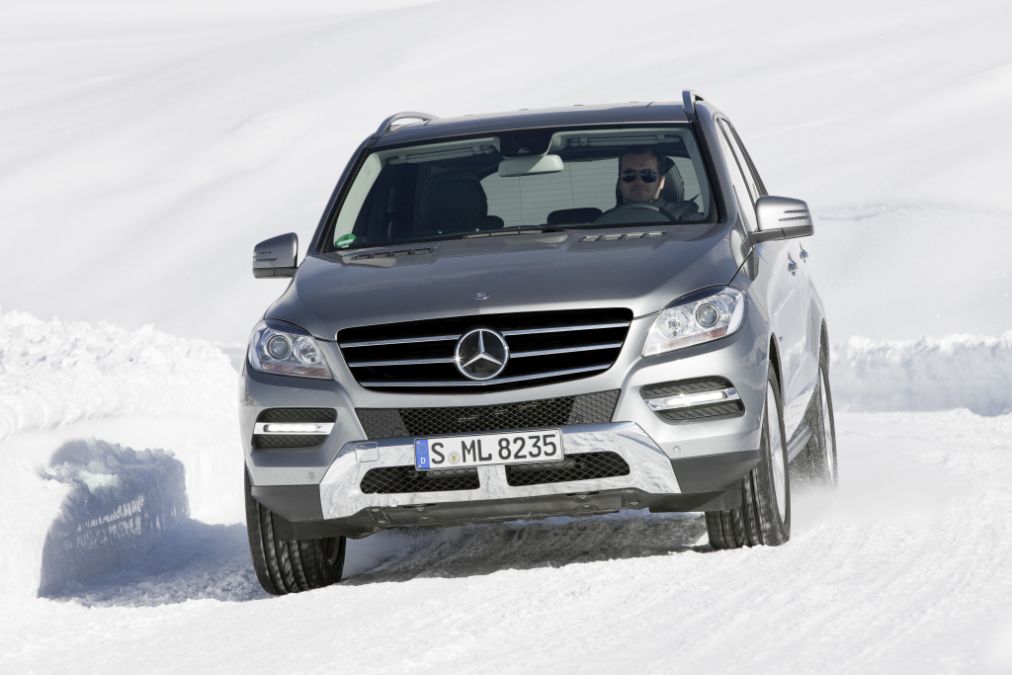 Since the model facelift in autumn 2015 the W 166 has been called the GLE. This makes its positioning as an SUV belonging to the E-Class model family clear. By the end of 2016, around 2.4 million upper medium class SUVs (GLE and since 2016 the GLE Coupé) and luxury SUVs (GLS) had been produced by the Tuscaloosa plant. The GLE Coupe (code name C292) was launched at Detroit Autoshow 2015, four months before introducing the new GLE at New York Autoshow. 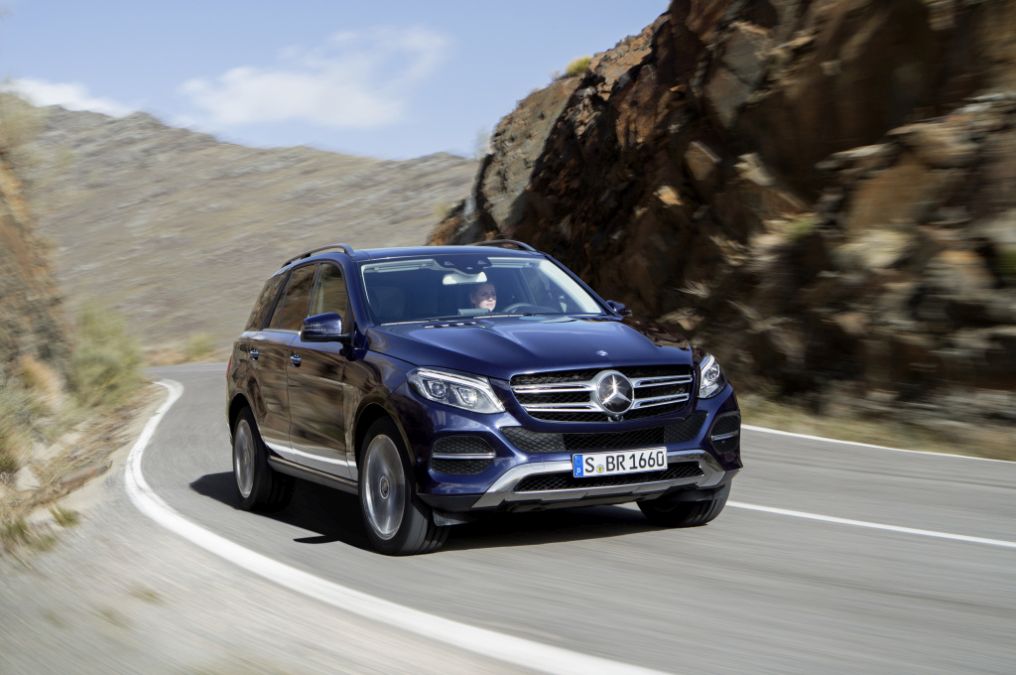 According to our information the fourth generation will be launch in 2018.