Back in 1990 the Mercedes 190 E 2.5-16 Evolution II roared into the DTM arena. Now, two and a half decades later the monster sedan still has the power to fascinate and stand-out, even in a parking lot chock-full of brand new AMGs.

The wide jaws. The huge rear spoiler. The Mercedes-Benz 190 E 2.5-16 Evolution II was unveiled at the Geneva Motor Show, 26 years ago. Succeeding the first Evolution, it featured a performance-enhanced 2.5-liter short stroke 4-cylinder engine with 16-valve, 235 instead of 195 hp and 245 Nm of torque from 5,000 rpm. Top speed was 250 km/h, the acceleration from nil to 100 took was completed in 7,1 seconds sharp. 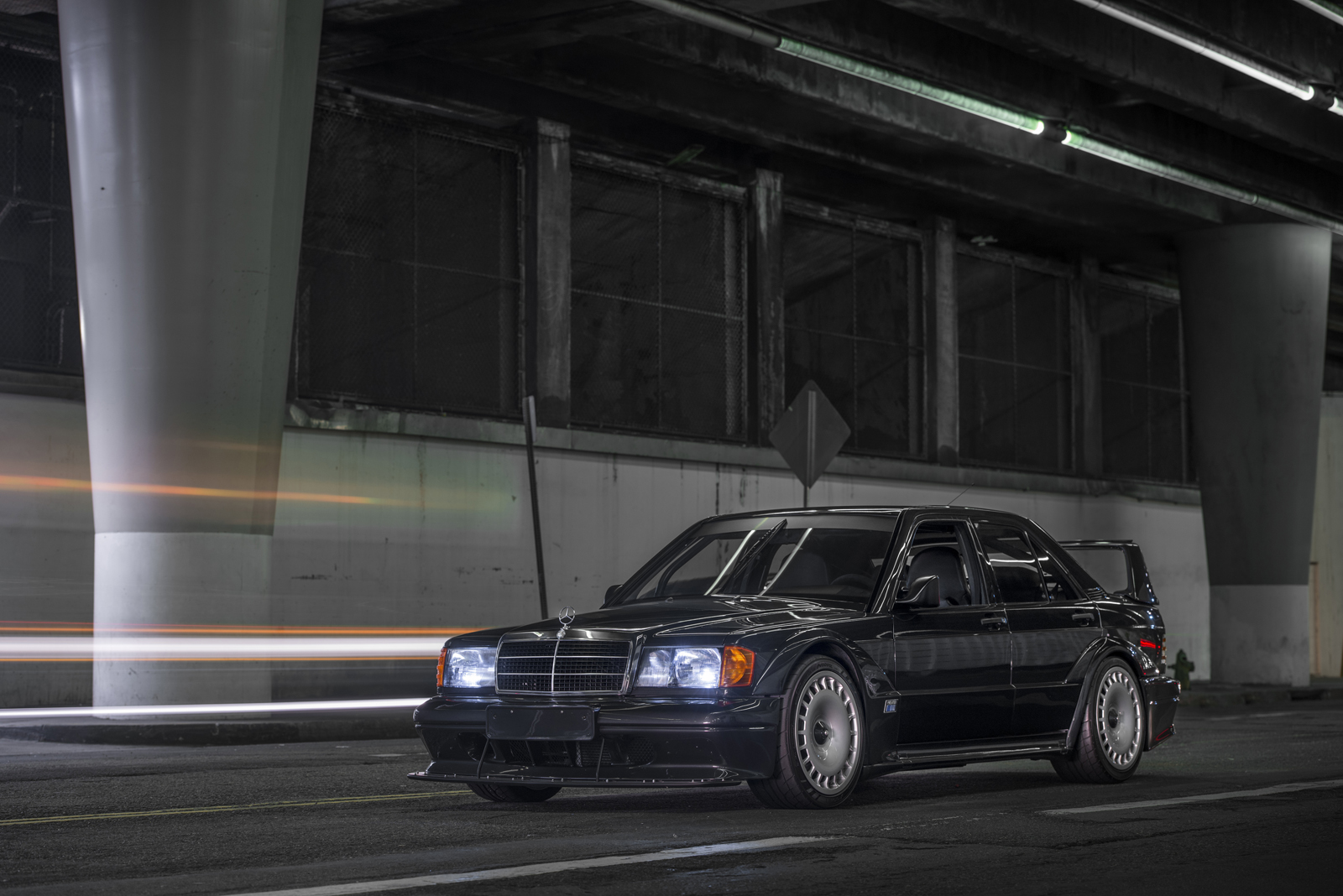 The Evolution II heading to the auction block comes with upgraded engine components, Brembo brakes, and DTM-spec OZ alloys. Externally the Evo II seems to be in tip top shape, showing little more than 5,000 kilometers on its odometer. We desperately want one, but we’re probably not alone in our dream. 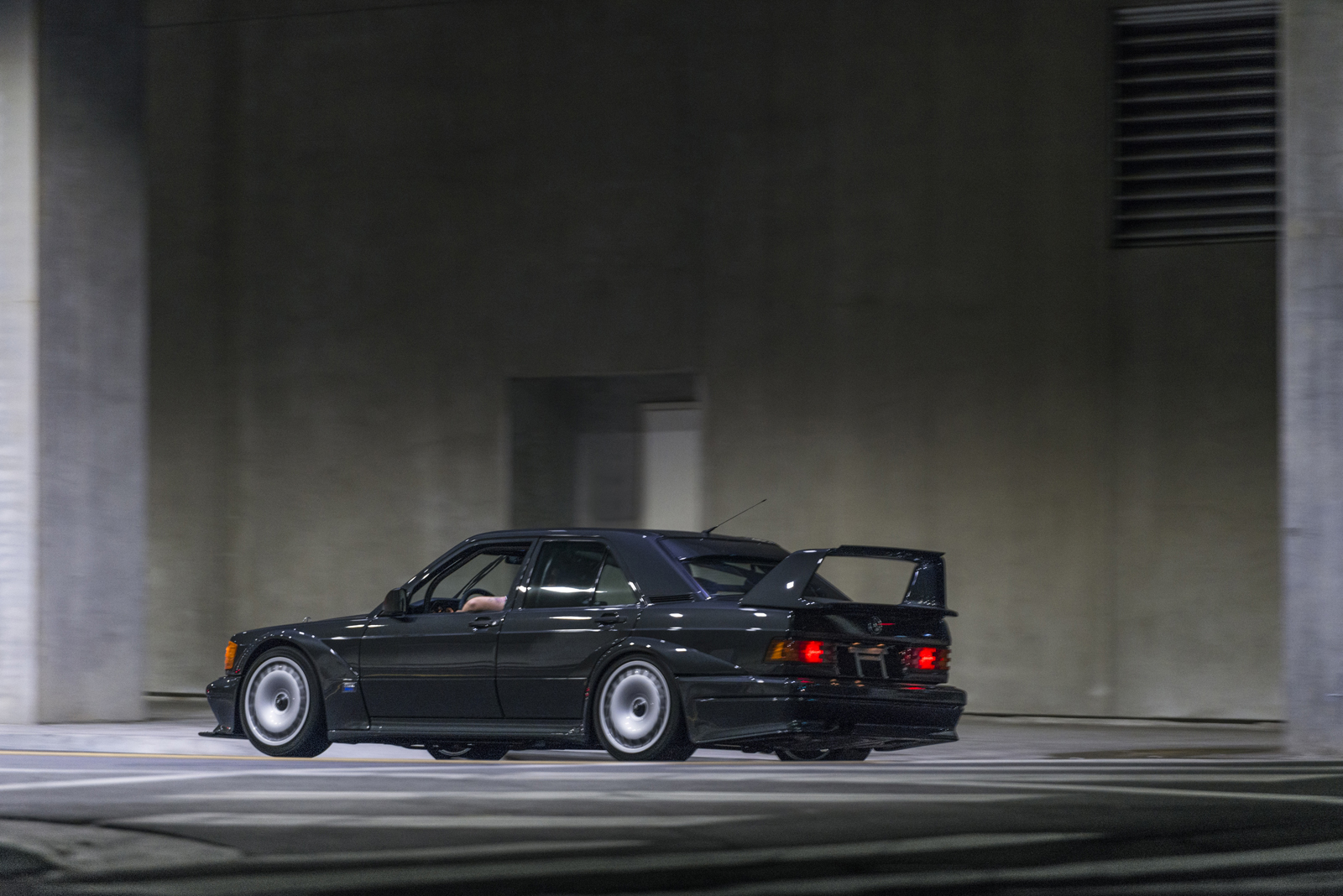