1989 – the year of the future Mercedes-Benz classic cars

Little did they know, back in 1989, that the cars seeing the light of day that year were destined to turn into classics. So 30 years later, there are a few iconic automobiles that are set to get the H license plate. The SL of the R 129 model series and the G-Class of the 463 model series are on the list.

Mercedes-Benz proudly stands as the leader in the statistics of the vehicles certified with the H license plate in Germany. Approximately a quarter of the classic cars certified in 2017 were star-bearers. 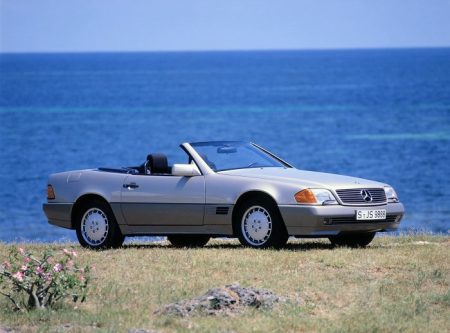 The H license plate brings the certification that recognizes original and well-maintained automobiles that are older than 30 years old as technical cultural assets. The certification leads to tax breaks. By the end of 2017, the figure is a record-breaking one: there are more than 400,000 vehicles with the certification and about a quarter of them are Mercedes-Benz models. And the numbers keep growing. 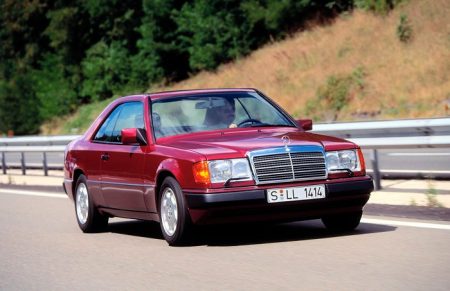 Setting benchmarks in terms of style, technology and passive safety features, the SL of the R 129 model series made its public debut in March 1989, at the Geneva Motor Show. It featured the automatic roll-over bar, a first in the automotive engineering, doors playing the part of an impact resistant connection between the front panel and the center column and newly developed integral seats.

The simple press of a button closed and opened the standard electrohydraulic soft top within 30 seconds, while side windows and roll-over bars are lowered. A permeable grille reduced wind noise and draughts to a minimum. 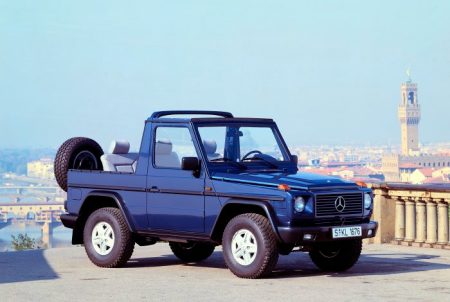 Presented in September, the G-Class 463 model series is also on the list for 2019. The military vehicle was starting to turn into a luxurious recreational one, capable of going anywhere. A modified drivetrain with permanent all-wheel drive and a preliminary version of the anti-lock breaking system was equipping the G.

September 1989 was also the month Mercedes-Benz presented the completely revised program of the intermediate vehicle class 124 model series at the International Motor Show (IAA) in Frankfurt/Main. Side impact protection with integral longitudinal rocker panel trims and additional narrow trims was a striking feature at that time. Following the launch of the saloon, estate and coupe models, a saloon with a wheelbase extended by 800 millimeters was introduced at the IAA.

The Mercedes-Benz 190 E 2.5-16 Evolution I (W 201) was a performance saloon that premiered in 1989 as well, at the Geneva Motor Show, with its 4-valve engine and 195 horsepower.  The facelifted T 1 made its debut in January,  at the International Commercial Vehicle Show in Brussels.