1975 Mercedes-Benz 600 Pullman for sale for $2.3 million. Details that might make you believe it’s a bargain

It is next to impossible to photograph it inside a garage. It just doesn’t fit in the photos. Now 6.240 meters of luxury are for sale for $2.3 million. Is it worth it? There a several details about this Mercedes-Benz 600 Pullman that may convince anyone.

The answer is “Hell yes!” For that price, the future owner gets the exquisite model built in 1975 that has undergone a massive 7-year long restoration between 2007 and 2014 at Mercedes-Benz Classic in Fellbach, Germany.

Back in the 70s, you had to be a rock star such as Elvis, a dictator such as Saddam Hussein or a fashion icon such as Coco Channel to get one. Reportedly, North-Korean leader Kim-Jong-un still uses his. 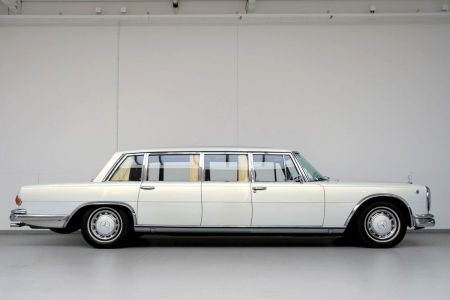 This sumptuous Pullman would make anybody’s head turn and eyes water with desire. The model comes with several features carried over from the contemporary Maybachs, but it kept its retro stylish class regardless of the modifications.

What lies beneath the gracious exterior?

The Mercedes-Benz 600 Pullman is like a jewels museum as it is. An electro-transparent panoramic glass roof goes opaque by the simple push of a button. Another button lifts the glass partition that divides the VIP passenger’s compartment from that of the chauffeur. A set of Maybach analog gauges mounted in the roof show speed, time and outside temperature. 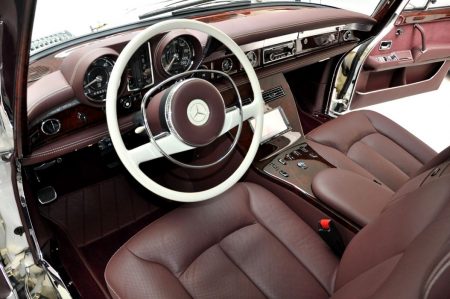 Press a button and a TV screen comes out of nowhere in the partition wall in order to entertain the VIPs on board.

The value is in the details

Only 304 such Mercedes-Benz 600 Pullman units were built, a detail that will convince anyone that for that price, the model is quite a bargain.