1886 Mercedes-Benz Patent Wagen Tested: The first car in the world

It has no roof, no steering wheel, only three wheels and only a tiny engine – and yet it drives: the Mercedes-Benz Patent Wagen from 1886 is known as the first car in the world. How does it drive? Auto motor und sport took a trip to the early days of the automobile.

Imagine, you have just picked up your new carriage and the next moment it overtakes a rattling car. Without horses, but with a crazy speed. So about 12 km / h – faster than a jogger the Benz patent motor car cannot drive. The world’s first car shifts the dimension of driving to the joy of getting around.

The fun of slowness
Smart people say that an MG B is so much fun, because the experience value is high even at low speeds. Right. And yet these low speeds today were unattainable 130 years ago. When the car was just learning to walk, Bertha Benz was helped by curious villagers when it was necessary to push up her husband’s 350-kilogram patent motorcar. 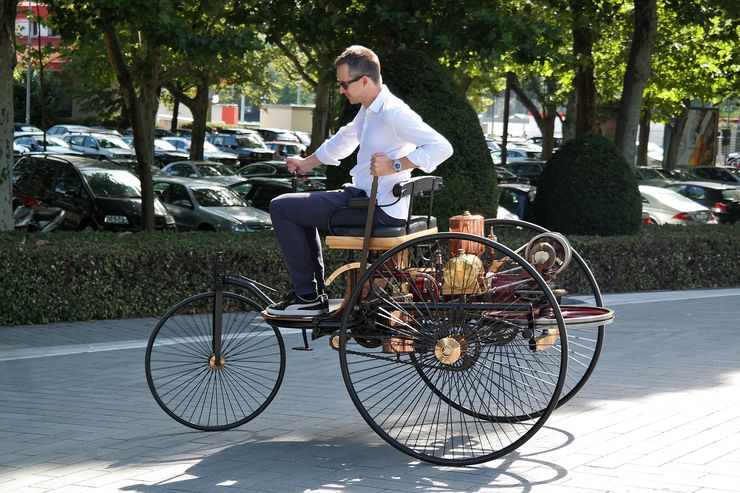 Bertha Benz: The first truck driver in the world
Bertha left early in the morning. Encouraged by their teenage sons, who had previously become familiar with Papa’s patent car. The goal: to visit the aunt in Pforzheim 90 kilometers away. The story belongs to the founding myth of the automobile, Bertha Benz was the first woman at the wheel and the first car driver. Where today the Navi system hurriedly calculated a route in the wake of a whispering “Pforzheim”, took into account traffic jams and then steered us to the finish line with scarce requests, the Benz from 1886 first headed northeast 130 years ago before finding their way south. Several times they stopped at pharmacies to buy ligroin, and at fountains to replenish water. Water pump and closed cooling circuit were not yet invented, the single cylinder cools with a simple principle: If the single cylinder is warm, evaporates the cooling water. From time to time, the mixture must then be readjusted so that the engine does not stutter. 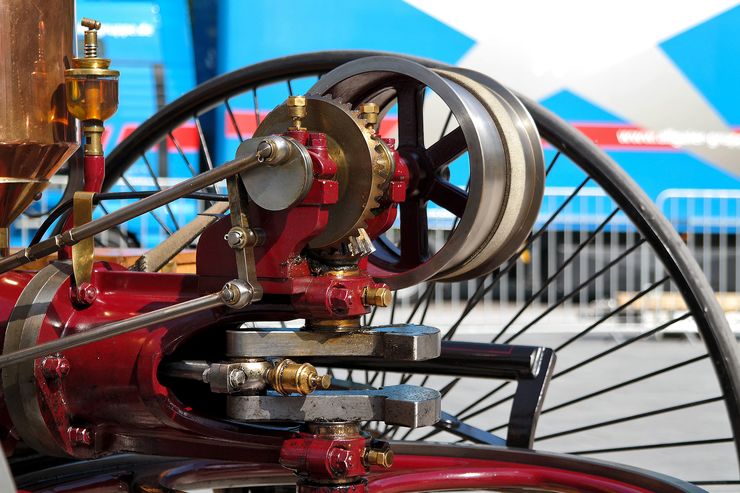 Strong turning starts the single cylinder
There was also no starter. The engine starts by vigorously turning the horizontal flywheel. That sounds like someone is breathing heavily. If the effort succeeds, the single cylinder rattles evenly. Since Benz’s power was to make formerly heavy and big engines much smaller, lighter, and faster, the open crankshaft now revolves at 500 rpm. What would be a fairly low idle speed of a multi-cylinder today, was sufficient for 0.6 hp from a liter of displacement. The rotating pins of the crankshaft make the revs visible and even slight gradients are audible: As the driving resistance increases, the piston stomps up and down more slowly. This can already be observed on light hills that today no e-biker would notice. 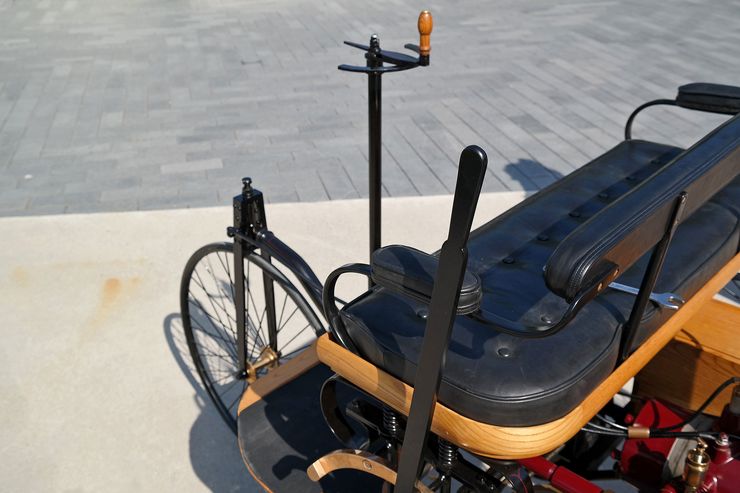 First driving impression: a bit wobbly, the tricycle
The driving dynamics were also in their infancy with the car: it was probably already known at the time that two wheels at the back and one wheel at the front were easy to steer. That this is the most unstable way to put a car on the narrow spoked wheels, later found out a Reliant Robin driver by simply overturning the car. Although a Benz patent motorcar is not as powerful as a Reliant Robin, it is much higher. The first driving impression is, politely speaking, tilting. One counts the first curves constantly with the luffing of a wheel, prefer to pull once too often the iron lever with the left. The delay is good, but not so strong that you slip off the pad. The front is the gas, the acceleration today no one impressed. Still, it takes a few minutes to drive and take confidence until the left arm executes. Full throttle feels a little like it did when you were on your bike and Daddy took his hand off your back: a mixture of freedom, speed and respect for what might come. 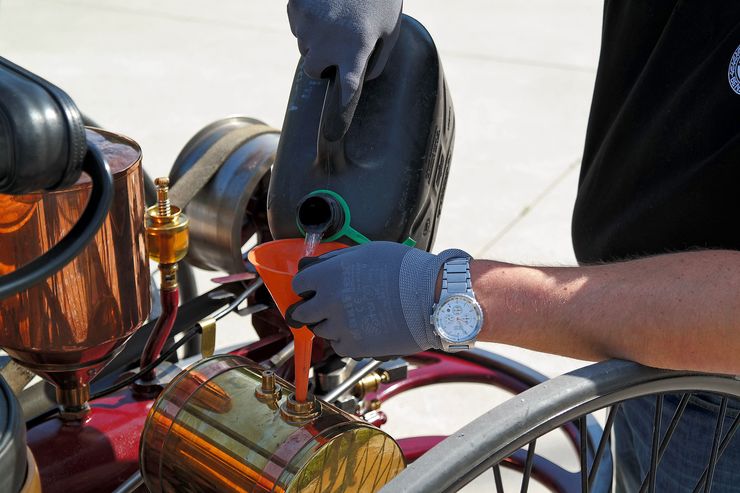 The Mercedes Museum sells two of the 2001 and 2002 built replicas of the Patent Wagen. A Benz Patent Motor Car costs 151,000 euros including briefing, plaque with serial number and a wooden box in the user manual and a facsimile of the Benz patent specification. It is not street legal.