A former military G-Class has become the comfortable means of transportation that it was never meant to be. Expedition Motor Company worked on the 1991 model, the Mercedes ‘Wolf’ G-Class for approximately 1,000 hours.

A 1991 Mercedes 250GD, famously known as Wolf, has undergone a major makeover. The off-roader received anew set of LED headlights and taillights, that make it resemble the latest generation, that made its debut in January 2018, at the Detroit Motor Show. The indicators mounted in the fenders now come with a metallic protection, highlighting the fact that it is just one of those plush cars, but one that keeps its adventurous DNA. 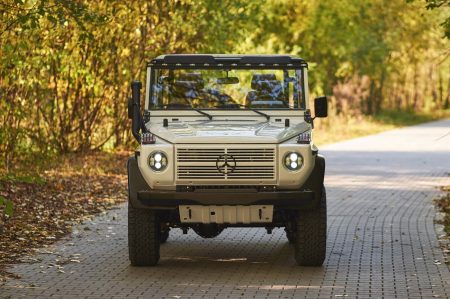 Based in New Jersey, United States, the restoration-specialized company Expedition Motor Company fitted a pair of air-lift hooks on the sides of the vehicle. Why are they there? Just in case the owner considers an airlift from time to time. The hooks are inspired by the original Gelandwagen, that it was initially designed for military purposes only. They are also present in the rear and front underguard, just in case it gets stuck or needs to pull out another vehicle buried in mud, with the latter being more probable.

The experts inspected, rebuilt or replaced all parts of the Mercedes ‘Wolf’ G-Class, according to necessities. The replacements list includes bushing, body mounts and hoses, together with the springs and dampers. They also had a hard work on removing the rust of the 28-year old car. To prevent further attacks of corrosion, the body panels are now finished in powdercoating and painted in white. A new black-soft top protects the cab. 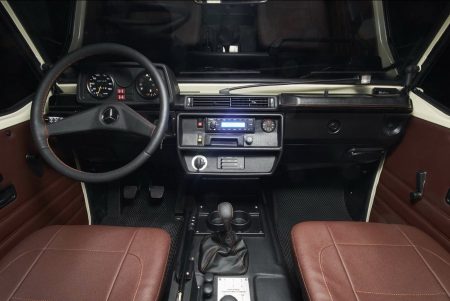 Under the square bonnet of the ‘Wolf”, the experts transplanted a completely rebuilt beats. It is an OM602 2.5-liter five-cylinder diesel engine. It now features new gaskets, belts, pumps and seals. It is connected to the original five-speed manual transmission. The transfer case and lock differentials keep their ground.