Mercedes launches in 2019 a compact SUV based on the new generation of the A-Class (W177), internally referred to as X247. Now a crash test protoype of the new GLB was caught by auto-motor-und-sport.

In addition to the A-Class, Mercedes is launching a fresh generation of additional models on the re-engineered MFA2 front-wheel drive modular platform. It all starts with the A-Class, followed by the GLA, the GLB, as well as CLA and CLA Shooting Brake. There is also the new B-Class and the sedan version of the A-Class.

But that is not all, as Mercedes has also decided to enter the compact SUV segment with the Mercedes GLB. Mercedes has been contemplating the idea of launching a long wheelbase B-class to meet the demands of families. Finally, due to the SUV boom, a GLS-style SUV of about 4.60 meters in length and a trunk volume of 500 liters will come to the market instead. Enough space to offer a folding and removable third row of seats, hence the GLB will be a seven-seater. 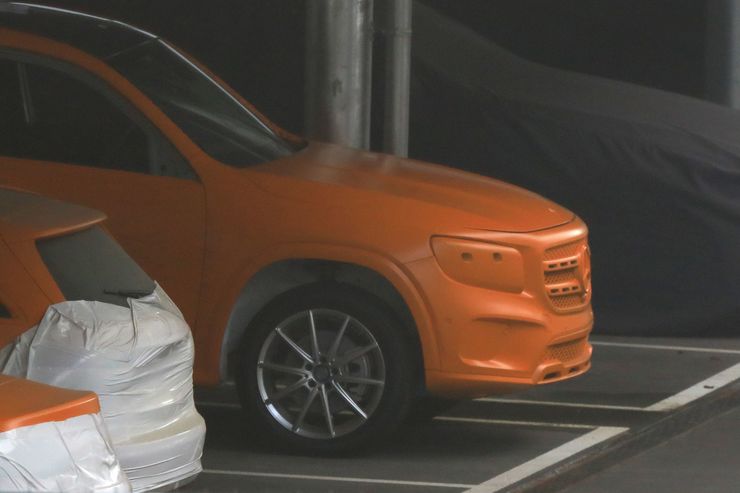 Visually, the new Mercedes GLB has short overhangs and a steeply angled windshield. Together with the almost horizontal roof and the steep rear window, it gives the impression of a mini GLS. The lower door line descends gently to the rear, while the slightly sloping roof runs out in a roof spoiler.

The new Mercedes GLB, which shares the technology with the upcoming GLA, is powered by the small engines resulted from the cooperation between Renault and Mercedes. At the base of the diesel range is a 1.5-liter Renault engine (GLB 180d), accompagnied by the two-liter diesel in the GLB 200d with 150 hp. Furthermore, there is still a 190 PS version in the GLB 220d. 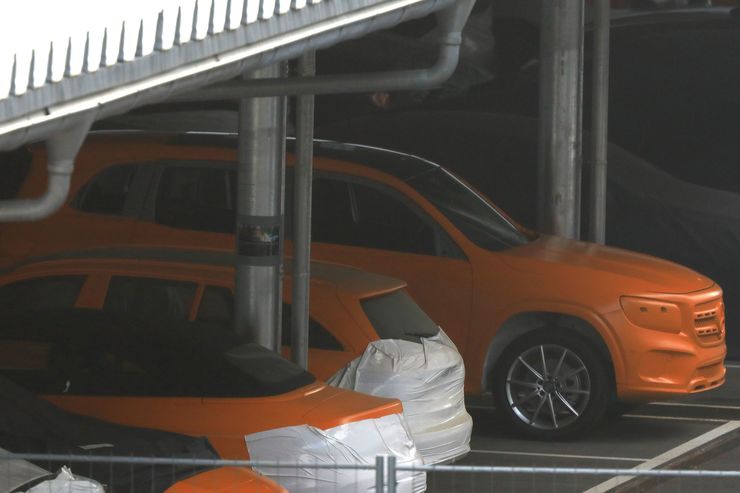 The petrol range starts off with the 160 hp four-cylinder Renault turbo in the GLB 200 – a weaker version GLB 140 follows with 136 hp. The A 220e as plug-in hybrid with 13.7 kWh battery and about 70 kilometers range will also be available.

Similar to the A-Class, the GLB should then be offered as a Mercedes-AMG version called GLB 35 with about 300 hp delivered by a two-liter turbo petrol engine. The most powerful GLB will be the 2-liter Mercedes-AMG GLB 45 with 408 hp and dual-clutch transmission. Four-wheel drive should be a must-have for the powerful engines. 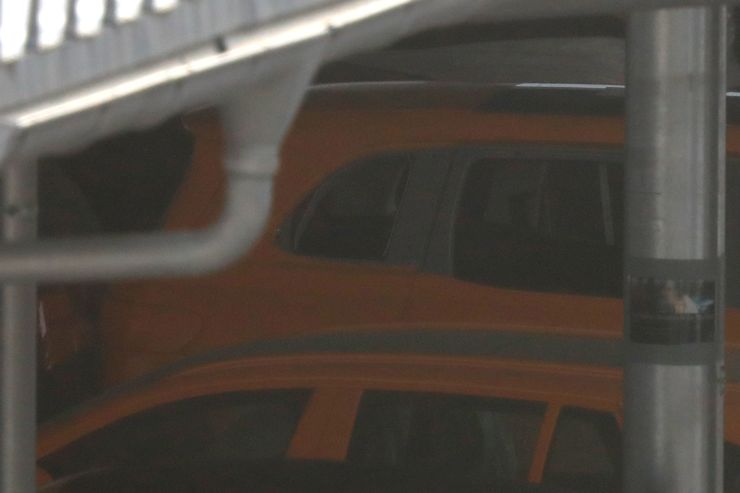