THIS IS IT! 2017 Mercedes-Benz E-Class revealed in official photos

The wait is over! 2017 Mercedes-Benz E-Class has been revealed in full ahead of its official debut. We bring you all the details including the complete engine range and design secrets.

With the fifth generation of the E-Class, Mercedes-Benz ticks all the boxes. The new business sedan not only sets higher standards for all its competitors, catering to anyone who wants to get an almost autonomously running computer, but also a saloon with a powerful design, matching performance and exceptionally luxurious interior.

Opposite to its predecessor, the new Mercedes-Benz E-Class is set apart by its more generous external dimensions: the wheelbase has grown by 65 mm to 2,939 mm and the length was expanded by 43 mm to 4,923 mm. Not the same can be said about the weight, thanks to lightweight construction. Short overhangs, long wheelbase, long hood, large wheels, a reinterpreted side character line characterize the design. With a drag coefficient of 0.23, the body proves not only aesthetic qualities, reducing the consumption and the noise level in the interior. 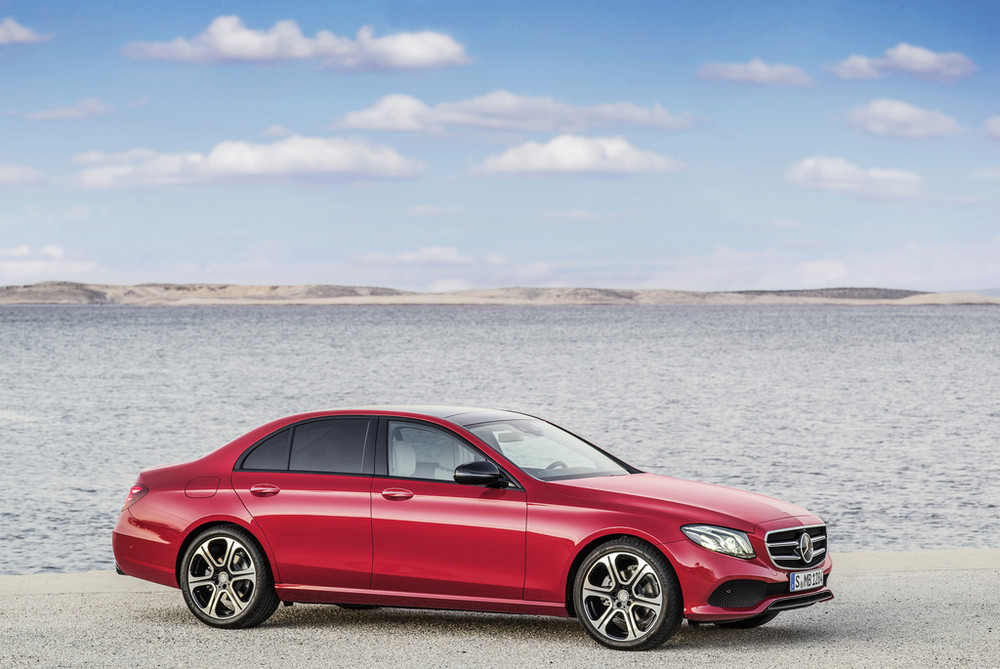 At launch, the E-Class will be available in two engine guises: the E 200 with a four-cylinder turbo petrol engine and the E 220 d powered by an all-new four-cylinder diesel engine with piezo-guided direct injection (code named OM654). After the market launch more models will complement the range. These include the plug-in hybrid E 350 e with an electric driving range of 30 km. Its four-cylinder 2.0-liter turbo gasoline engine works in conjunction with an electric motor for a system output of 205 kW/279 hp and a torque of 600 Nm.

The pinnacle of the new E-Class range will be the all-new 2-liter diesel engine (code named OM654) which comes in two flavors: 110 kW / 150 hp for the E 200 d (not available right from the outset) and 143 kW / 195 hp for the E 220 d launch model with a combined NEDC fuel consumption of 3.9 liters per 100 kilometers. This corresponds to CO2 emissions of 102 grams per kilometer. During the course of 2016, Mercedes will extend the line-up with new six-cylinder petrol engine (codenamed M256) and diesel engine (codenamed OM656). New from the ground-up, these units have already entered pilot production at the factory in Unterturkheim.

The new four-cylinder diesel engine (OM654) and the new six-cylinders petrol (M256) and diesel (OM656) will share elements of their architecture with the existing four-cylinder petrol engine (M274) including 500 cmc cylinder displacement and 90 mm distance between the cylinders axles. 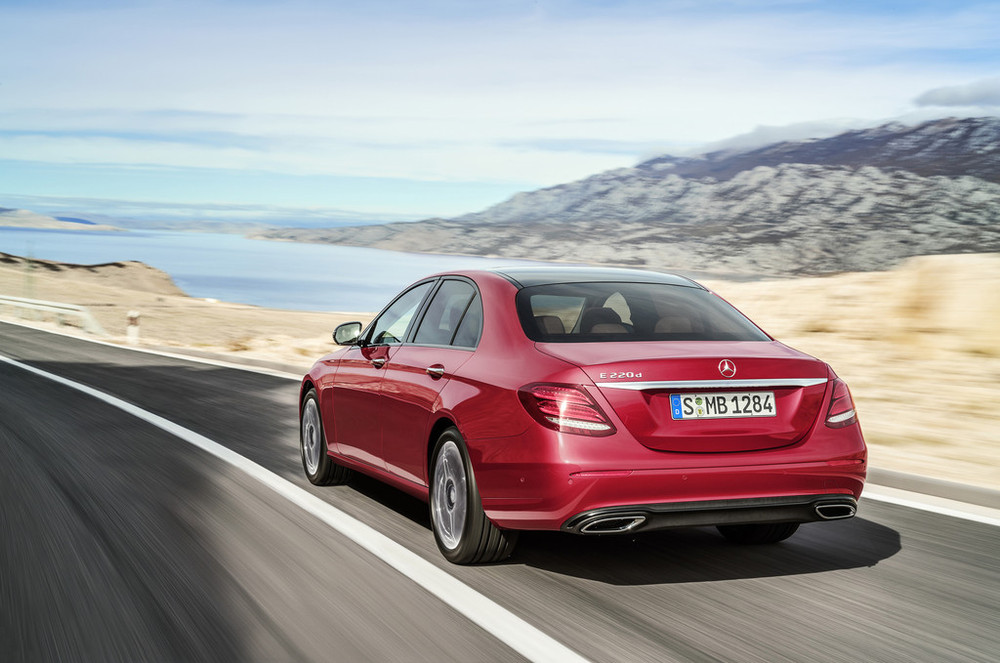 On the petrol front, the 2017 Mercedes-Benz E-Class will be offered alongside a wide range of four-cylinder turbo engines with power outputs ranging between 135 and 180 kW (183-245 hp) and the aforementioned six-cylinder petrol engine said to be developing 245 kW / 333 hp. All engines are equipped with start-stop function. The petrol engines fully comply with the emission regulations according to EU 6, the new four-cylinder diesel engine is already designed for future limits. All models available at launch are fitted as standard with the new nine-speed automatic 9G-Tronic transmission.

In conjunction with the standard steel suspension, clients will be able to specify no less than three Direct Control Suspension options with selective damping system: a comfort suspension, a comfortable Avantgarde suspension with sportier character, lowered by 15 millimeters, plus an overtly sporty suspension with adaptive damping and a further 15 millimeters reduction in ride height. Alternatively, the 2017 Mercedes-Benz E-Class can be equipped with an air suspension complemented by an electronically controlled adjustable damping system. The E-Class is the only vehicle in its segment with a multi-chamber air suspension, called Air Body Control. The character of the E-class can be switched accordingly in five different modes via the standard Dynamic Select: ,, Comfort “, ,, Eco,” ,, Sport “and ,, Sport +” and the additional setting ,, Individual”. 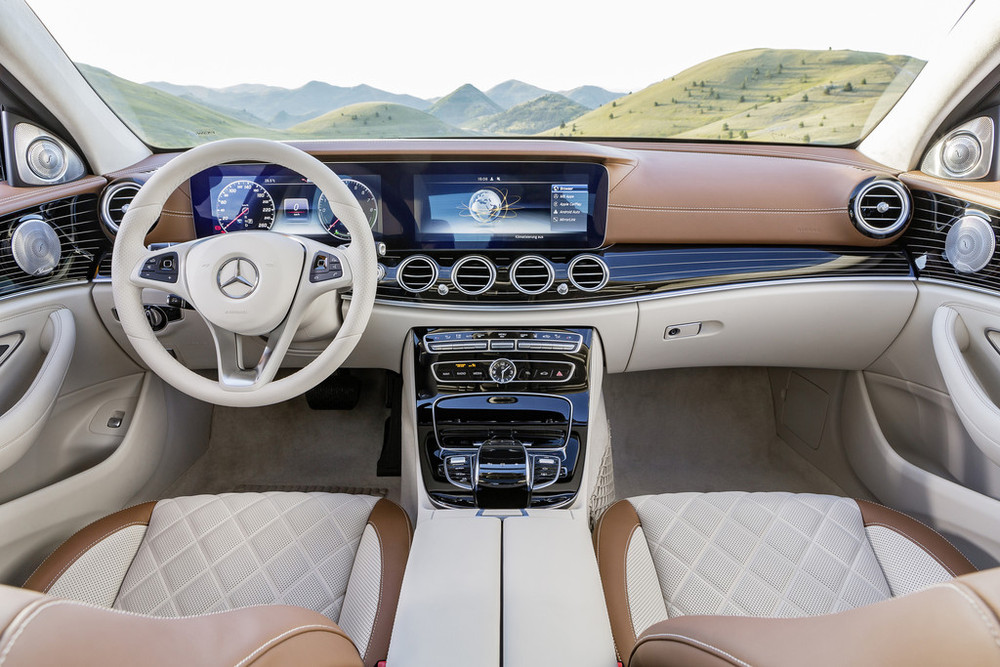 Inside, the seats acts as a focal point. With their ergonomic shape the seats combine long-distance comfort with a sporty look and differ in terms of looks depending on the chosen equipment Line. The rear seat bench can be supplied on request with a three-part folding backrest (40:20:40). The center armrest includes a storage compartment and two cup holders. If desired, the interior is dominated by two large displays, each with 12.3-inch in diagonal. Visually the two screens merge seamlessly under a common cover glass and a single scoop in a cockpit, which seems to float freely.

The standard E-Class versions will get traditional analogue dials and an 8.4 inch central infotainment screen. 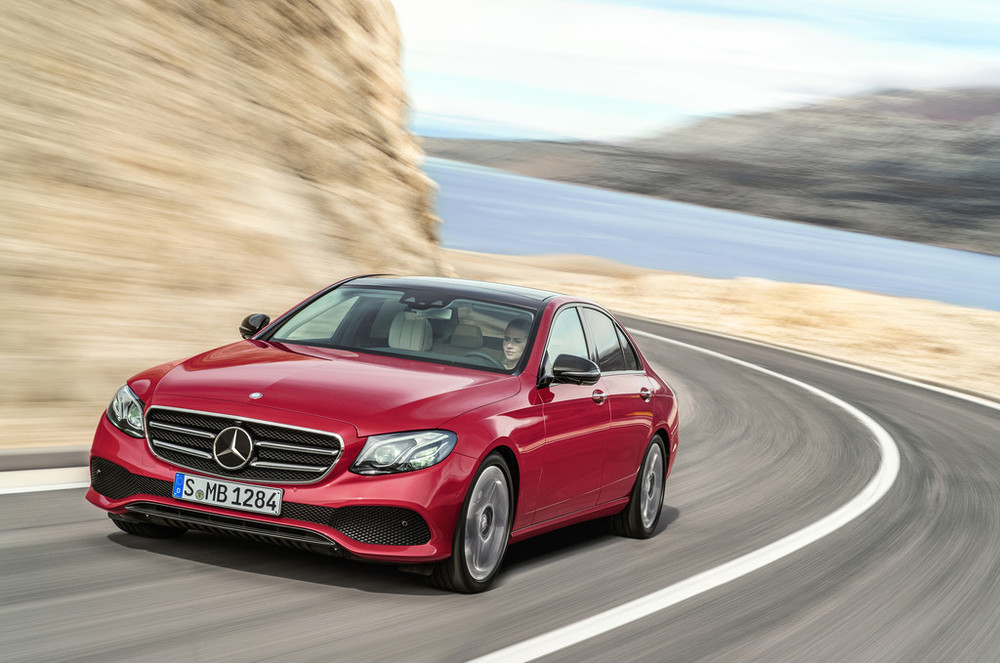 And this is not all. In addition, Mercedes is working on a fifth derivative of the E-Class, the successor to the CLS (March 2018) and – instead of the Shooting Brake; the revolutionary AMG GT4 based on Mercedes junior supercar (september 2018). 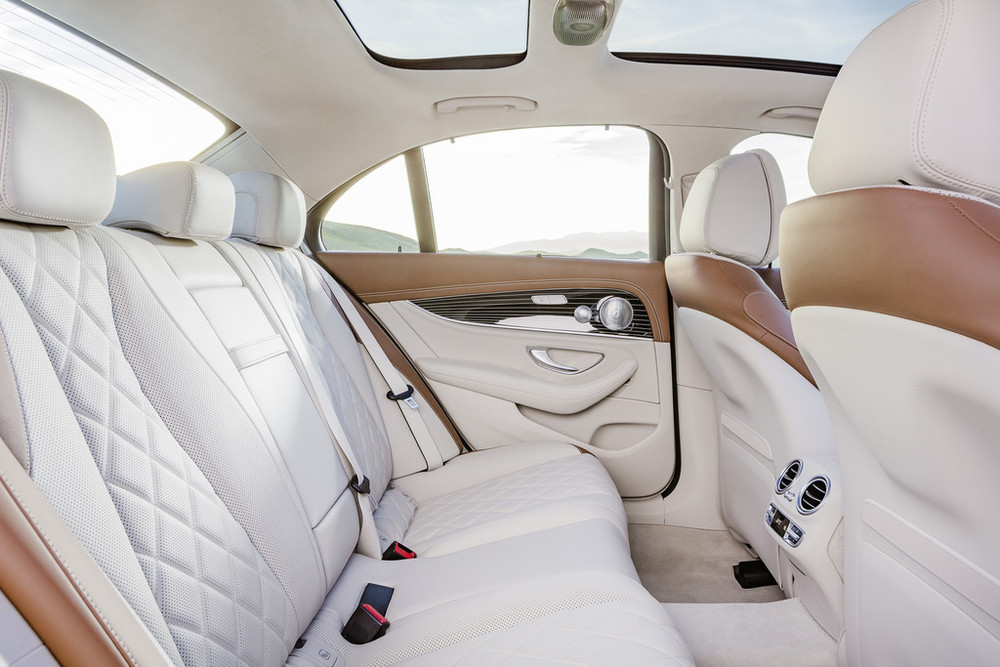 The high standards that embody the E-Class become even more clear when looking at the impressive list of driver assistance systems. One area the new Mercedes E-Class will make a significant leap forward is the safety and comfort with various systems for semi-autonomous driving taking center stage. 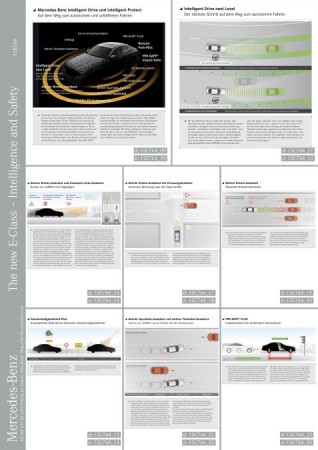 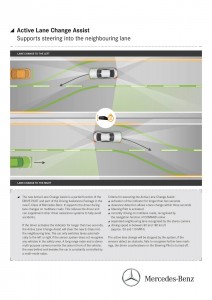 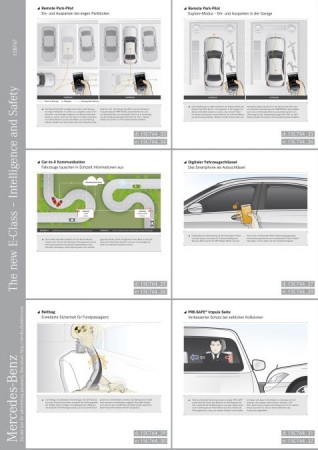