SLK Concept Cars – a new vision for the modern roadster

Mercedes-Benz has a long tradition of sporty and lightweight vehicles and the clue in identifying them lies in the first letters of those two attributes: SL. Come 1994, though, and the market was demanding a new, smaller version of a Mercedes-Benz roadster, so the company responded with the SLK.

The first iteration of the concept was shown at the Turin Motor Show in 1994 and, even though it looked like it was production ready, in reality it was still lacking a roof. But it was worth the wait since only a few months later the second SLK Concept car was unveiled at the Paris Motor Show, where it awed everyone with its revolutionary metallic folding roof. 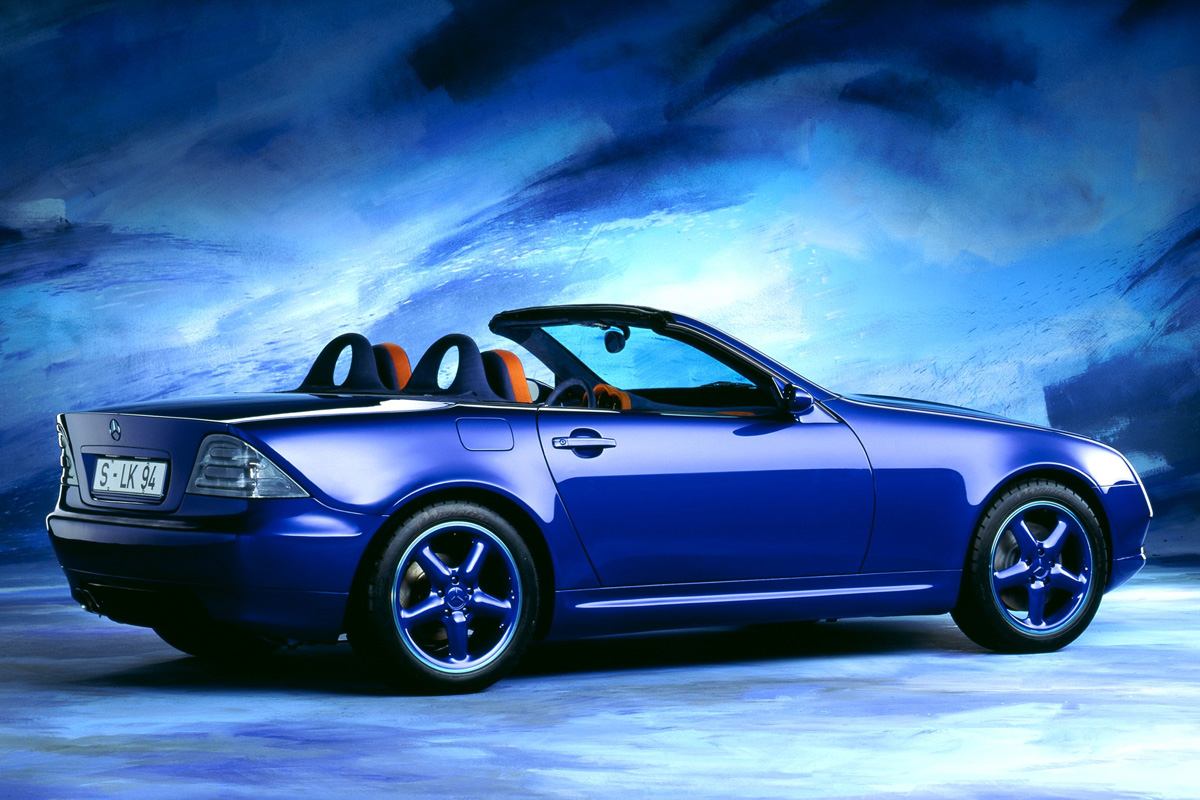 Called the “vario roof”, it transformed the car from a bona fide two seats coupé into a gorgeous convertible in just 25 seconds. Eventually, the resulting compact roadster – which came in 1996 – was an instant hit due to its dynamic look, powerful four cylinder engines and very sharp handling.

The dashboard of the first SLK Concept car used carbon fiber as its main material which not only made it extremely light, but also gave a modern, no-nonsense look to the interior of the car. The minimalist theme was continued by the two nets underneath the dashboard which served as stowage units. 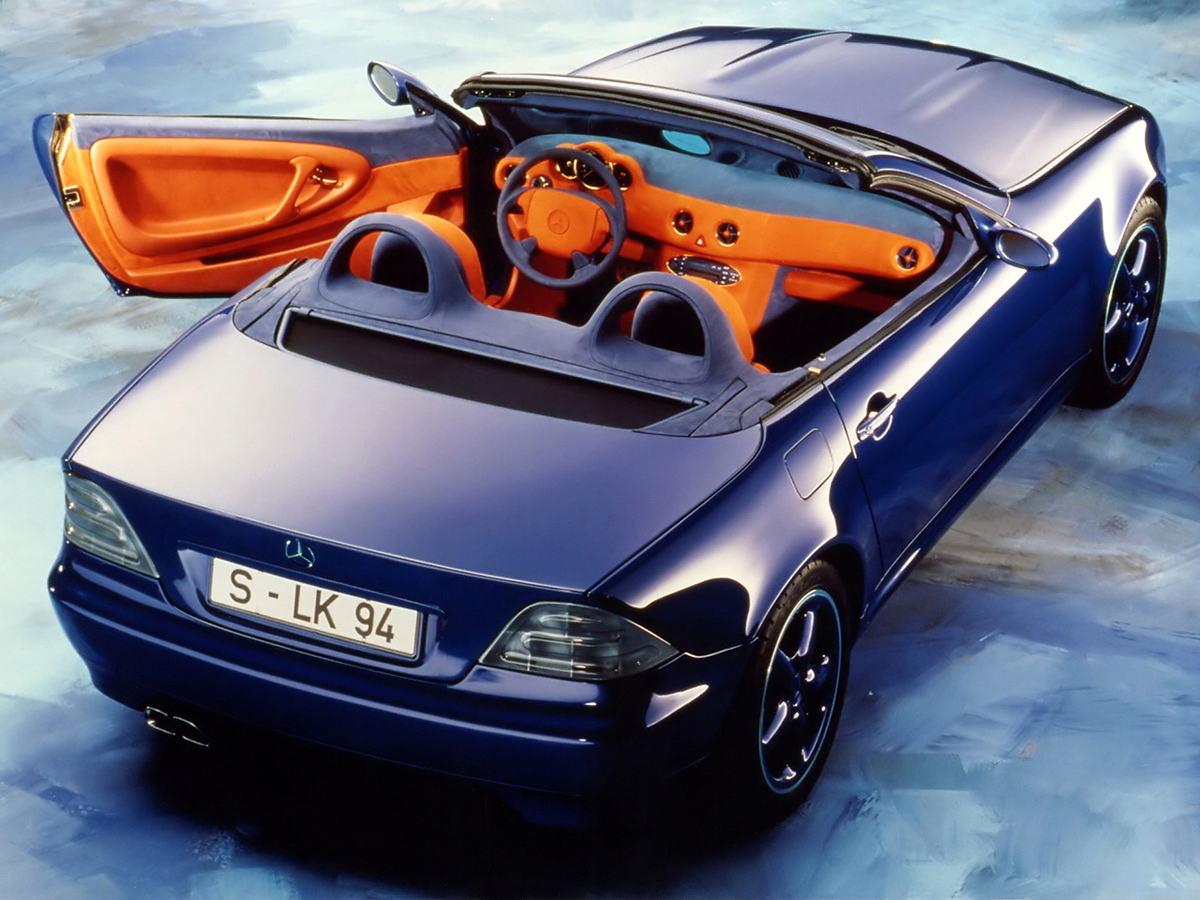 Things changed for the second SLK Concept car that had to raise the bar in order to fit in with the more sophisticated Paris Motor Show. Therefore, the interior was cladded in leather while the exterior was painted blue, as a tribute to the old French racing cars.

The SLK Concept cars used a specifically designed platform – just like any true sports car should – which gave the series model the best balance between sportiness and elegance. As young as the SLK model was, it quickly became a legend among the many other of the Mercedes-Benz range. 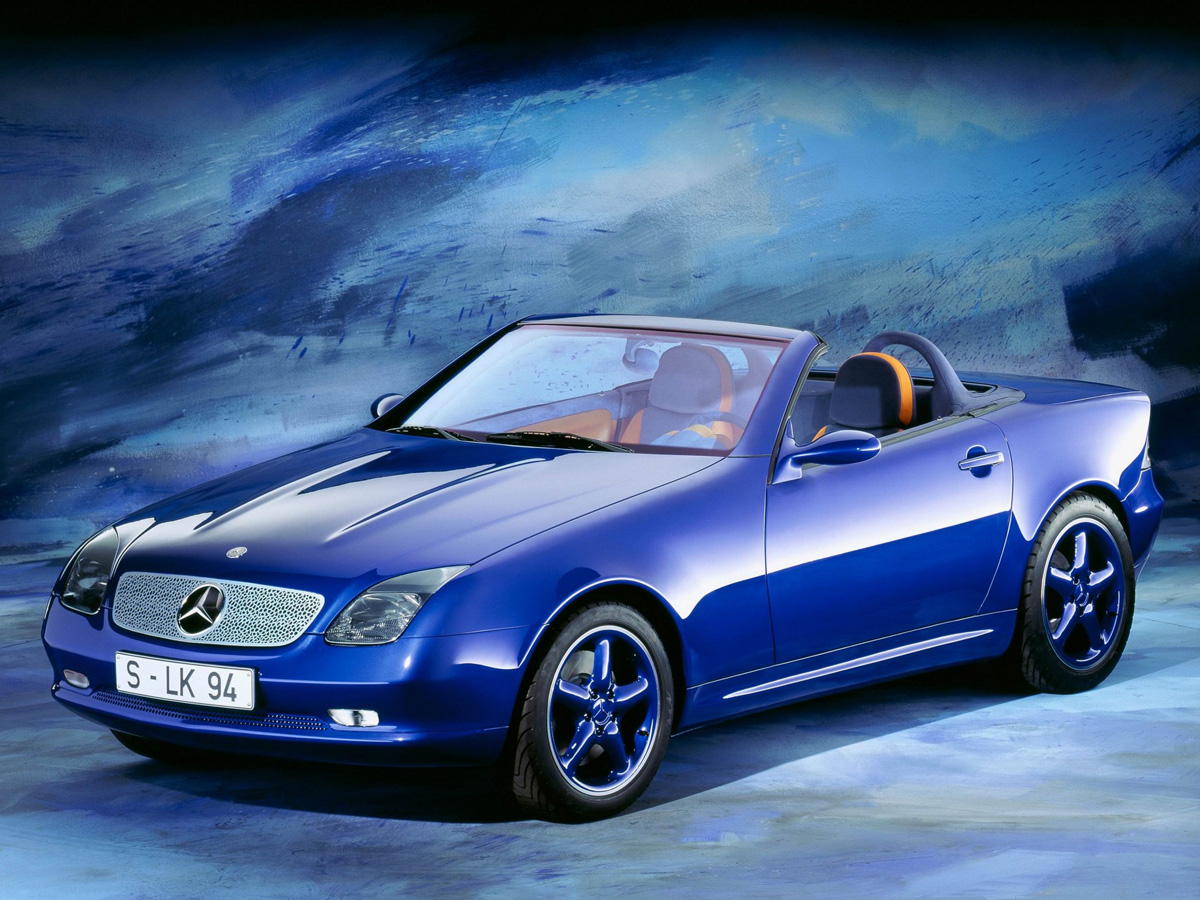 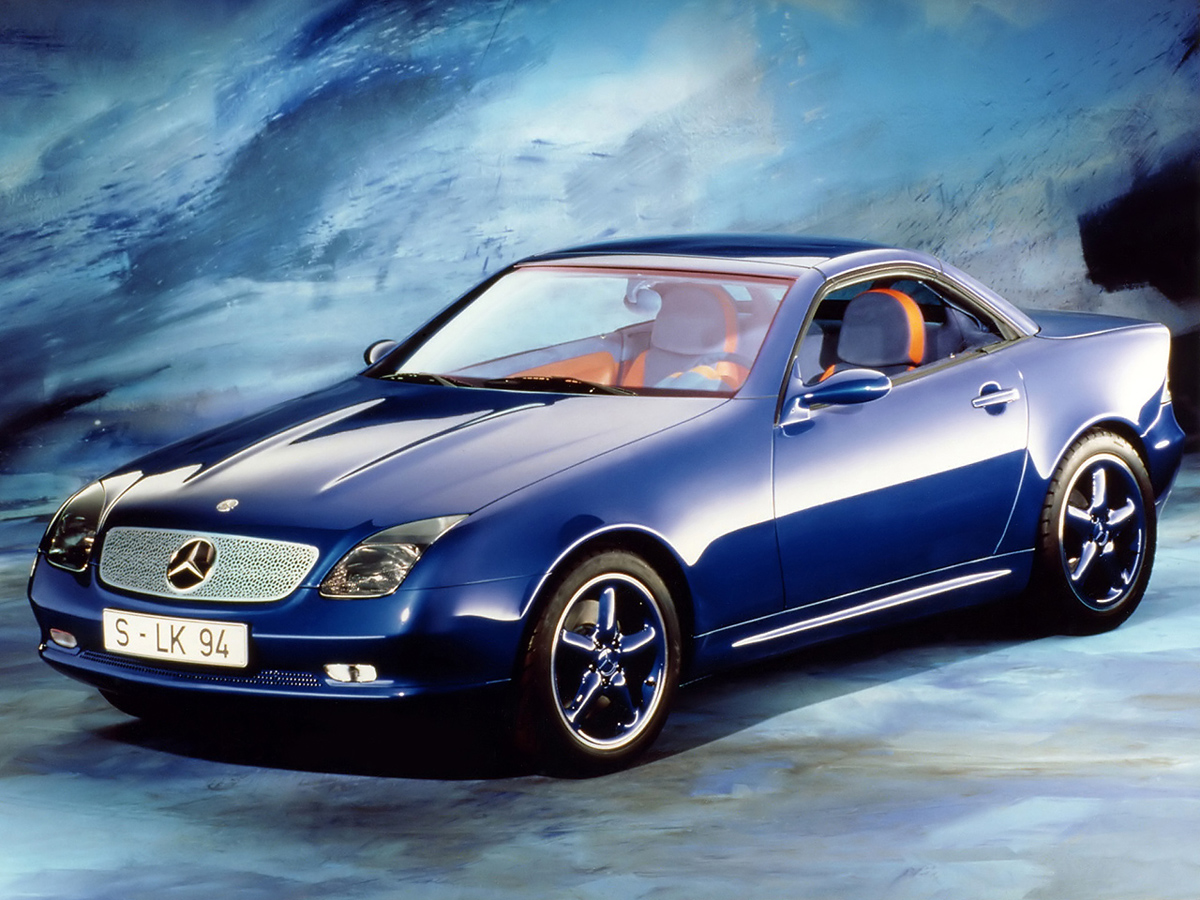 …or coupe in just 25 seconds