The new Mercedes-Benz E-Class has all the hallmarks of becoming a huge success for the Stuttgart brand, following the current model which was a bit of a disappointment in terms of sales.

Mercedes-Benz is looking to bring new forces into the premium executive segment where the BMW 5 Series and the Audi A6 (with some occasional incursions from the Jaguar XF) have a very firm foothold.

The new Mercedes-Benz E-Class relies heavily on the success of the latest Mercedes-Benz models like the S-Class or the smaller C-Class, borrowing a lot of their exterior and interior features. It will also use the same platform as the C-Class, the new Modular Rear Architecture, or MRA for those feeling lazy.

The fight is on to offer the customer the best driving experience, improved performances and better fuel consumption. The new Mercedes-Benz E-Class is set to tick all the boxes and relies in doing so on the extensive use of aluminium for the car’s chassis and body. The current C-Class has a 48 percent of aluminium in its body, up from 10% for its previous model, so expect similar values with the future E-Class. 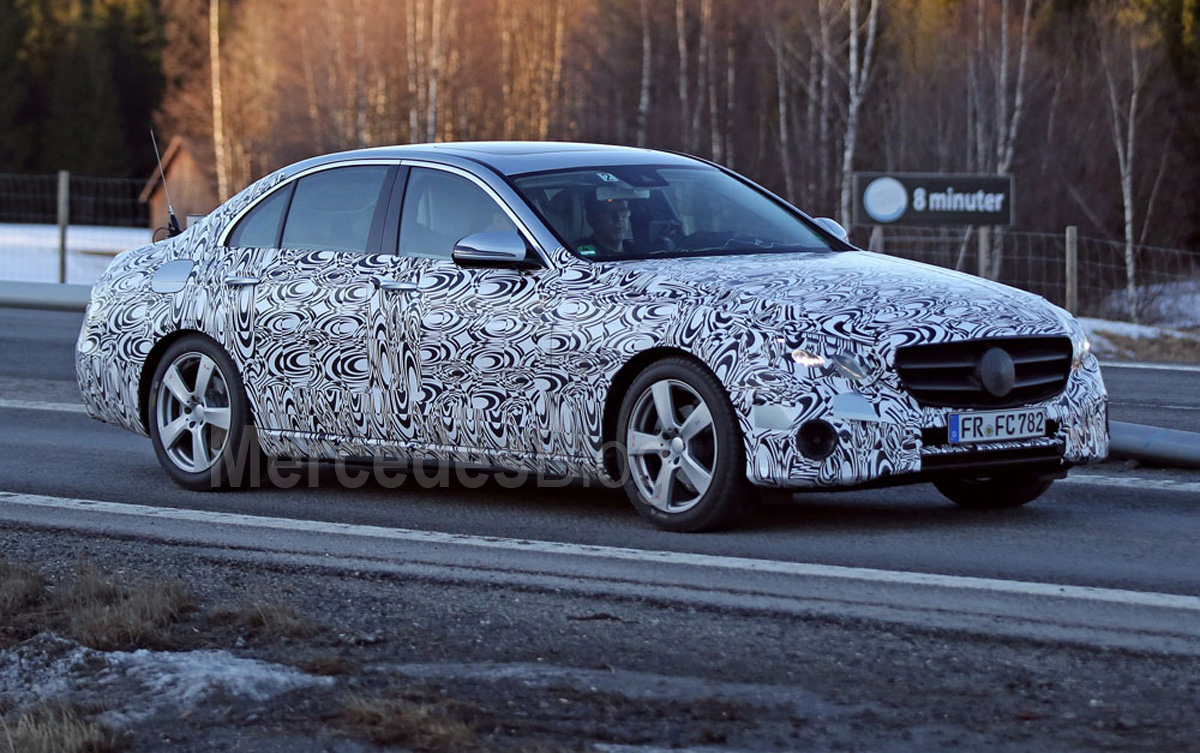 With all this weight reduction, the body is free to grow in size a little. That means improved interior room for everybody, but especially for those in the rear seats due to the slight increase of the wheelbase.

The car caught in these images is the sedan version, but the whole E-Class range will comprise of the usual suspects: the T Model (break), a coupe and a cabrio. It will also serve as the base for the next CLS generation, but we’re still a few years away from that.

Probably the biggest news related to the new Mercedes-Benz E-Class is the reintroduction of the straight-six engines, Mercedes-Benz sticking to the modular engines concept. Just like the new 4.0 litre V8 in the AMG C 63, for example, is basically two 2.0 litre AMG engines put together, the future straight-six engines will probably have some connections with the three or four cylinder engines. 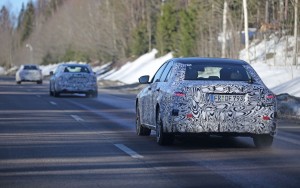 Speaking of the 4.0 AMG V8 engine, it will be the unit powering the future E-Class AMG model after this current generation did not have a true sport version. The new AMG E 63 is expected to pump out about 600 hp and a four-wheel drive transmission as an option.

There’s no clear info on exactly when the new Mercedes-Benz E-Class is going to be officially launched, but the car should become available some time near the end of 2015 or the start of 2016. We’ll keep you posted.