Built largely around the current C-Class’ modular architecture, the GLC borrows familiar Mercedes styling cues. The boxy profile is gone, replaced by sportier proportions, curvier lines and a more steeply raked roof. The front end will be similar to that of its 4-door sibling.

Compared to its predecessor, the new Mercedes-Benz GLC gets longer wheelbase and wider tracks. The front axle has also been pushed forward while the new car sits lower to the ground, for improved on-road handling. The raised driving position will be kept. The front driveshaft has been relocated to allow space for right-hand drive, so the upcoming SUV should be available in RHD guise as well. 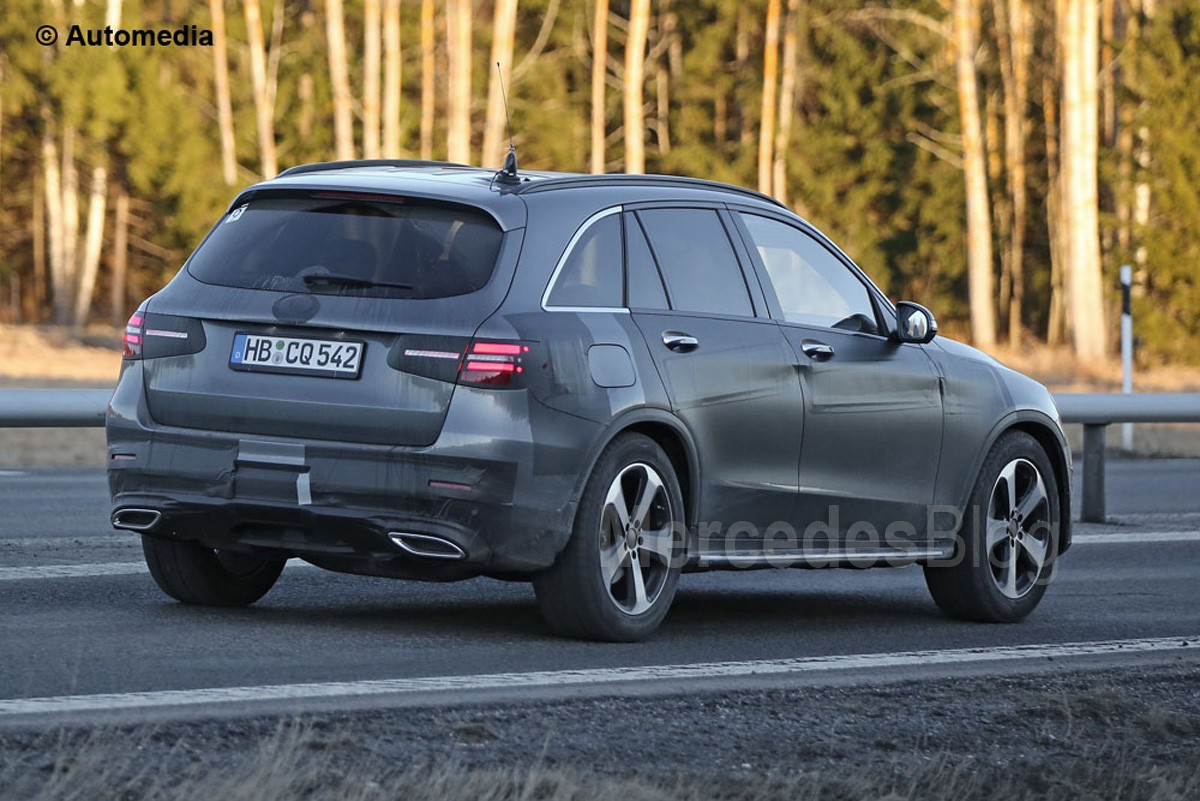 The bigger wheelbase means the GLC will be able to offer more generous interior accommodation for its five passengers, better matching its rivals in therms of space.

The GLC will inherit the engine line already featured by the C-Class. This translates to a range of four and six-cylinder turbos. While the base model is likely to get a new 1.8-litre unit, the top-model will be powered by the mighty V6 diesel found in today’s GLK 350. Mercedes is also expected to offer a ‘GLC350′ plug-in hybrid version, essentially the same powertrain available for C-Class’ eco version, a 2-liter turbo with 211 HP, matted to a 60 kw electric engine, for an electric range of 30 km. 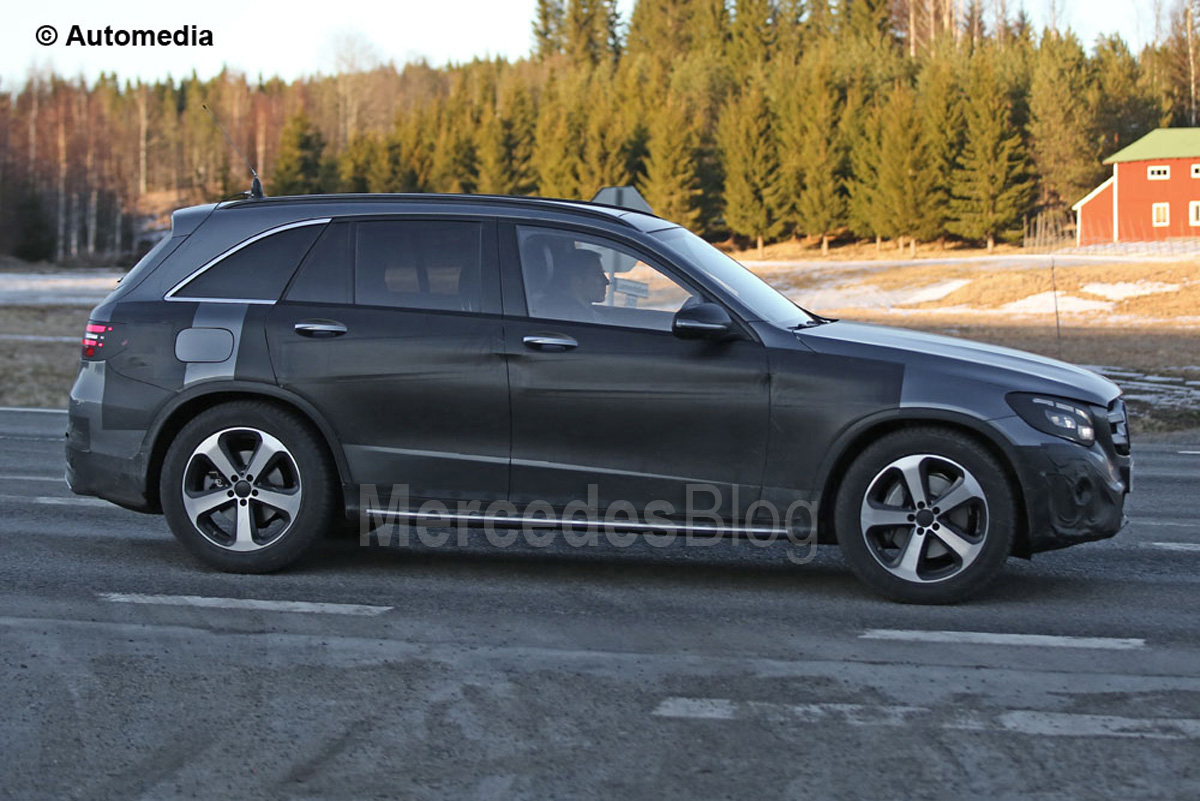 Commercial debut is slated for September with the actual unveiling of the new Mercedes-Benz GLC expected to take place earlier this Summer. In 2017, Mercedes is also set to launch a sporty GLC Coupe, a direct rival for BMW’s X4.