Update: First high-quality video and photos of the F015 testing in San Francisco

We have seen all the amateur photos that invaded the social media. We have watched all the low quality videos uploaded all over the internet. But it’s time we got serious.

Mercedes-Benz is showing the first professional pictures of the tests run by the F015 Luxury in Motion Concept in San Francisco. The UFO-like car has been testing in California and pedestrians first spotted it on the Pacific coast about ten days ago. That’ how Facebook, Twitter and Instagram became packed with images of the concept launched at CES in Las Vegas.

Upgrading along the steep boulevards of the Californian city, there was no way the F015 could keep a low profile.

The brand-new high-quality pictures show all the commuters in the San Francisco iconic tram turn their head around to… take a glimpse into the future of the automotive industry: the Mercedes-Benz autonomous car. 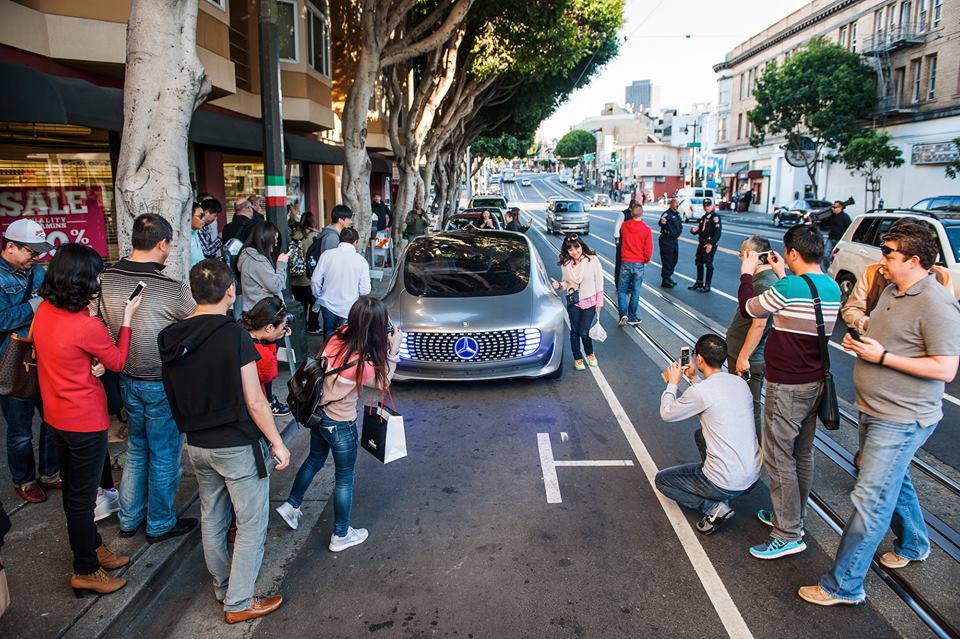 Once it’s stopped, hordes of pedestrians build up around it. A selfie with this car, that won’t hit the showrooms any time soon, is quite a kick this spring! But it’s so hard to see inside it, since the side windows of the side mirror-less car are not transparent!

And now the first high-quality video of the blue-headlighted UFO is on: