The all-new BMW 1-Series Sedan has been spotted testing again ahead of its 2016 launch. Front-wheel drive platform and three-cylinder engines are confirmed for Mercedes-Benz CLA’s newest rival.

After breaking into unchartered territory with the first front-wheel driven, 3-cylinder powered, MPV-shaped model in its history, BMW continues to expand its entry-level line-up and prepares the launch of its first 4-door 1-Series.

Underpinning the new BMW 1-Series Sedan is the front-wheel-drive UKL1 platform, shared with the smaller Active Tourer, the current MINI Hatch and an entire line-up of upcoming FWD-models from both brands, including a small sedan. The interior and technologies present under the skin are also shared with the Active Tourer. The 1-Series Sedan will also come with optional xDrive four wheel drive. 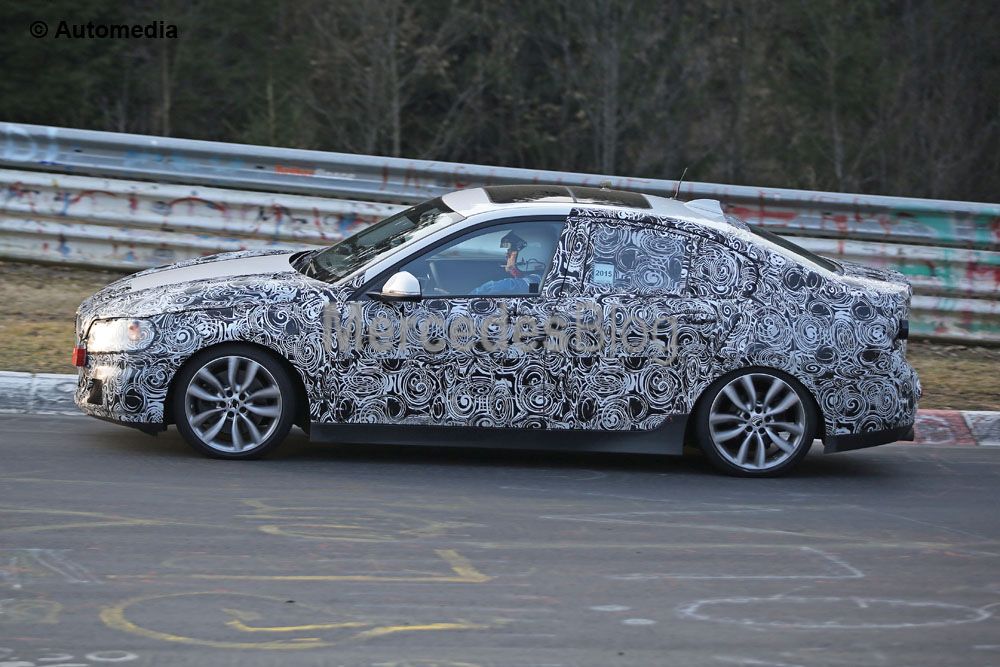 The American market on the other hand is set to get only two petrol versions of the new 1-Series Sedan, the 120i and 125i, with the latter bound to feature a four cylinder turbo engine good for 231 hp.